Ten Toronto authors to check out as part of this weekend's Word on the Street festival | TRNTO.com
Skip to content 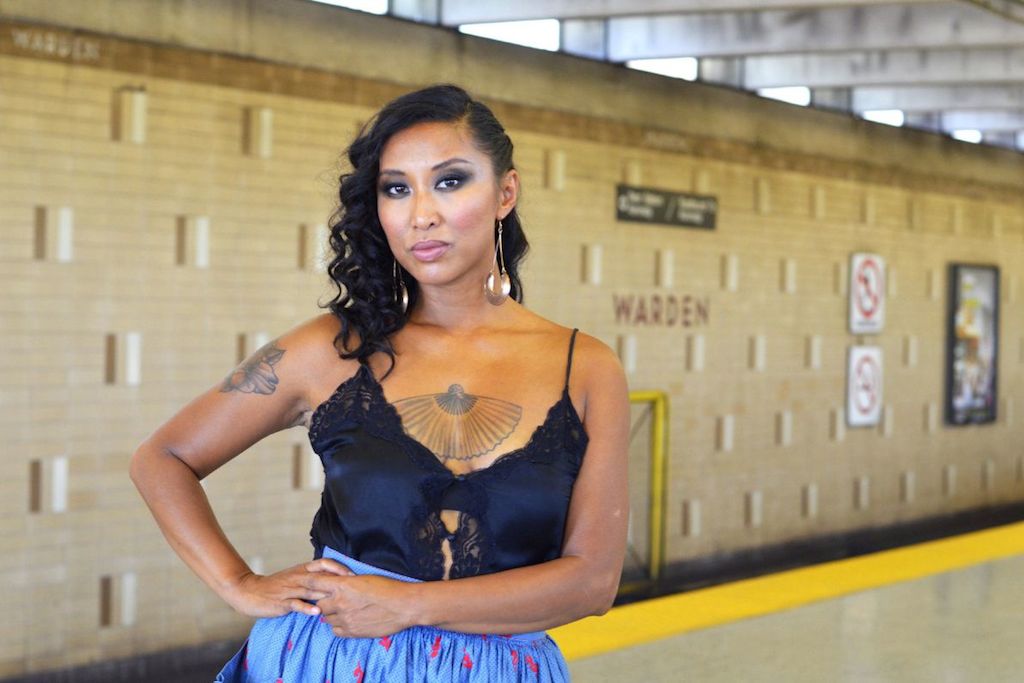 This year, Word On The Street Toronto goes fully online. On Sept. 26 and 27, surf over to the festival web site and check out these 10 featured authors, all with new works, as our city celebrates the written word.

An award-winning playwright and author whose debut novel, Scarborough, was a Toronto Book Award finalist, Catherine Hernandez is also artistic director of b current Performing Arts. A queer woman of colour, this “girl with the fan tattoo” has Filipino, Spanish, Chinese and Indian heritage, and is married into the Navajo Nation. In her latest work, Crosshairs, Catherine explores a not unimaginable but definitely dystopian Toronto where persons of colour, the disabled and the LGBTQ2S community are forced into labour camps. Hope is delivered through a driven group of resistance fighters that rise up heroically in the face of an all-too-believable oppressor.

Practicing psychotherapist, activist and writer Farzana Doctor infuses her books with themes of social justice. Passionate about issues of feminism and equality in particular, Farzana works to ban female genital cutting in her Dawoodi Bohra community as a volunteer with global organization WeSpeakOut. The author of Stealing Nasreen, Six Metres of Pavement and All Inclusive, Farzana weaves this plight into her new novel, Seven, as her main character travels to India and discovers an unexpected truth that shakes up her past and her present.

Render is a poetic journey from addiction to recovery as Sachiko Murakami literally renders her experience along this path onto the page. Through dreams and memories, waking and consciousness, Sachiko presents her journey as spiral – not straightforward. With three previous poetry collections to her name, one of which, The Invisibility Exhibit, was shortlisted for the 2008 Governor General’s Award, Sachiko has worked as a poetry editor for Insomniac Press and as the Jack McClelland writer-in-residence at the University of Toronto.

In her most recent collection of short fiction, Seeds and Other Stories, author Ursula Pflug creates communities within apocalyptic times, bringing new worlds to life as dreaming and waking lives intertwine. Images of seeds and gardens unite the stories in ways that are both realistic and magical. Author of novels, novellas and short works of fiction, Ursula has won numerous contests and awards, and collaborates extensively with other artists.

Alisha Sevigny is the author of the young adult novels Summer Constellations and Kissing Frogs, as well as a former literary agent.  The Lost Scroll of the Physician is the first novel in her new Secrets of the Sands adventure series, and features a mystery that must be solved in an Egyptian pharaoh’s palace, involving a brother and sister, and a lost papyrus that might just save their lives.

The second in a trilogy of alien invasion, Hatch continues the saga of terrible rains that bring monstrous destruction to earth. The heroes of book one take a strange turn in book two, creating doubt in the readers’ minds whether they are, indeed, heroes — or villains. Kids’ lit writer Kenneth Oppel was first published when he was just a teenager, and has gone on to author numerous works of fiction for young adults. He also won the 2004 Governor General’s Award for children’s literature.

The Candace Starr Crime Series begins with C. S. O’Cinneide’s The Starr Sting Scale, a witty noir novel that makes you wonder who you can trust — including even the narrator. Candace Starr, a hard-drinking hitwoman, is the heroine of this sassy three-part caper. An advocate for women writers of thriller and noir genres, C. S. O’Cinneide (otherwise known as Carole Kennedy off the page) is a former I.T. analyst whose first novel, Petra’s Ghost, was inspired by her life-changing pilgrimage along the Camino de Santiago.

Spend a day in Chinatown with a young girl and her grandfather, Gong Gong, as they struggle through language barriers and learn to strengthen the bonds of their relationship in surprising ways. Sennah Yee’s words are brought to pictorial life through playful illustrations by Elaine Chen, turning My Day with Gong Gong into a touching story for all ages. Sennah, the author of creative non-fiction collection, How do I look?, also writes poetry, short stories and film criticism.

Dakshana Bascaramuty records “lessons on living from a dying man” in This Is Not The End of Me, a memoir of her capricious friend who lived with — and grew up because of — a terminal cancer diagnosis. A reporter with The Globe and Mail, Dakshana weaves together journal entries, letters and observations to pay homage to a dying man who sought to prepare his son for life without a father. This Is Not The End of Me is Dakshana’s first novel.

Through stories of “race, campus life and growing up,” award-winning journalist and editor Eternity Maris presents a timely reflection on an ongoing problem that’s overdue to be solved. They said it would be fun looks straight at systemic racism on Canadian university campuses and what affect it has on students of colour. As a Black woman, Eternity lived this experience firsthand while completing her undergraduate studies, and walked away with a stronger sense of self despite the trauma she faced. Her memoir is a testament to that resilience.