2015 Real Estate Roundtable: Is it still time to buy? - TRNTO.com
Skip to content 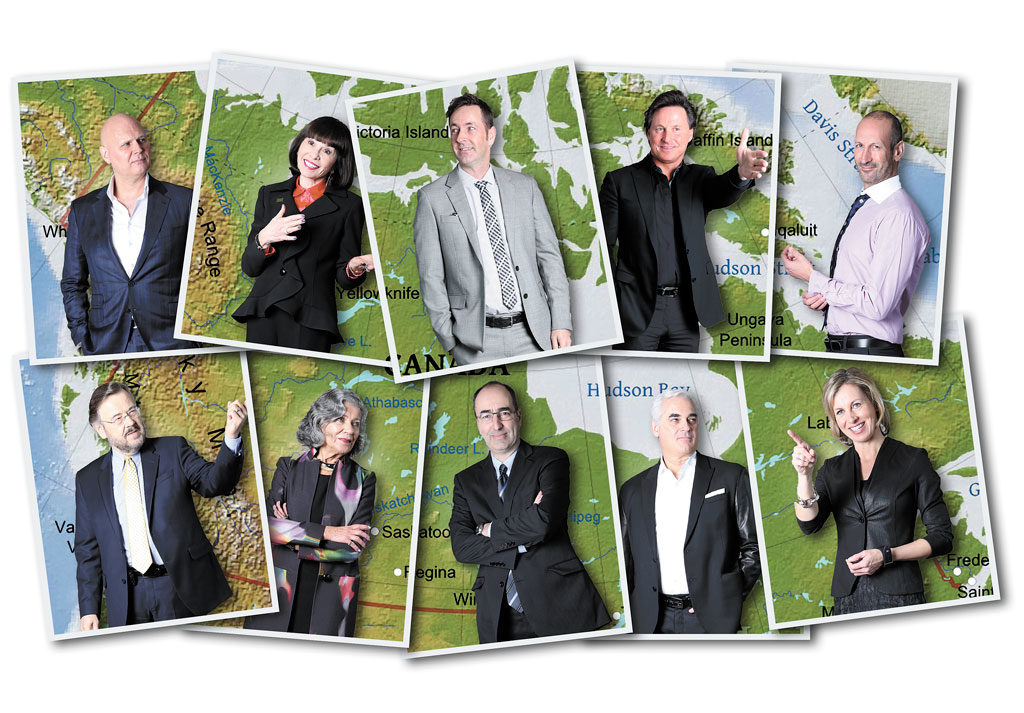 Ron Johnson: Welcome, everyone, to the eighth annual Post City Magazines Real Estate Roundtable with our new partners for this event 680News. I’m Ron Johnson, editor of Post City Magazines, and I along with Mike Eppel, senior business editor at 680News, will be co-moderating this years discussion. Mike, why don’t you fire off the first question.

­Mike Eppel: Over the past couple of months, there have been some economic reports out regarding the Toronto housing market. Specifically, one being, I think it was, from Deutsche Bank, saying the market is 50 or 60 per cent overvalued or something of that nature. The Bank of Canada itself said that the market was overvalued by 30 per cent in the worst-case scenario. So a simple question: Are we overvalued, balanced or undervalued in the GTA?

Sherry Cooper: The short answer is, I think, balanced, but I think you have to segment it. It’s more than just one amorphous housing market. I think the single-family home market in Canada in general and Toronto specifically is in some sectors a seller’s market. Anything less than, pick a number — $1.5 million, I don’t know, $1 million — they’re still competitive situations. Let’s face it. With land use restrictions, there’s just a limited supply of single-family homes, and with the traffic problems, people are less willing to move way, way, way far out, and many young families are very anxious to have their own home and to have a detached home. So there is excess demand.

Paul Miklas: See, it’s funny, when you sit there and you say it’s 30 per cent above the market.…

Ron Johnson: That’s what the Bank of Canada was talking about.

Paul Miklas: I’m sorry. When I hear the Bank of Canada make a statement like that, I figure they must be talking about something like a Vancouver or a Calgary. When you come to Toronto, we’re actually exploding in some ways.

Barry Cohen: I’m somewhere between balanced and undervalued just from a perspective of sheer demand. Demand is going to outstrip supply this year, and the spring market certainly will be heated. It’s already heated now. You’ll still see multiple offers and whatnot. It won’t be new.

Brad Lamb: The measure, always the measure for the condo market, for the small condo market, has been rent replacement versus owning. Can you buy an apartment for the same or as much money per month as it costs to rent? Interestingly, right now, the cost of renting is higher than the cost of owning.

Mike Eppel: Karen, you wanted to chime in?

Karen Stintz: Yeah. I think that there are [two] things that make the Toronto market attractive, and as long as we can protect them, we’ll always keep the market attractive. One is that we have very open immigration, so we will remain a destination that people choose to come to, and as long as our population grows, we will always have more demand than supply, which will help keep that investment solid. I think the other thing that works in our favour is that the schools in the area, in Toronto, are excellent schools, and when you look at the areas where the real estate is strong, it’s because people can actually send their kids to those schools and not have to send their kids to private schools.

Elise Kalles: There’s not that much coming out, even in the price range we’re working in. There just isn’t. And when it’s priced realistically, it sells.

Garth Turner: A couple of points. Obviously, a lot has been said already. Just to Karen’s point and others about living in your house for less than you can rent and so on, people never ascribe a value to the equity in their home, ever. It’s just money that’s parked there. They never really think about what that money could earn if it were not sitting in a home. It’s a bit of a distorted argument, but it’s one that’s used universally, ubiquitously in the real estate market.

So what’s happened so far in the last half an hour here has been the usual … boosterism session of everything about real estate is perfect and great and balanced, demand will go on forever, and real estate will continue to have these huge value increases. All of that is somewhat true. Real estate is local, obviously, and every market and every neighborhood is different. It’s a lesson that people in Calgary have been learning pretty fundamentally in the last month or so as we’ve seen listings go up by 120 per cent and sales go down by 30 per cent. So you get variations in a marketplace, and I saw Sherry, you, had some comments the other day in the press about that, which I thought were fine.

We never talk about what can happen with a one-asset strategy. And again, back to my example with Calgary, where you have a one-asset strategy that people have had, and then, all of a sudden, they are in deep trouble. So we never talk about that, and it’s all going to be sunshine, ponies, lollipops and the rest of it from here to forever. I don’t think that’s the case.

Everyone has to have a place to live. No problem. But what really bothers me is this one strategy, one strategy over and over again.
– Garth Turner

Brad Lamb: What I don’t fathom about what you’re saying is why does someone … if you buy a house and you can afford the house and you’re raising your family and that’s where all your money is, so what? If you don’t sell your house, you never lose any money.

What you seem to fail to understand is that, if you look at the history of the start of the very first economies, there are always moments of exuberance and moments of depressions and recessions. That’s a cycle. Believe me. No one here believes that we’re on an endless ride of lollipops and whatever else you said. No one here believes that. Everyone here fully understands that, at some point in the future, there’s going to be a recession. It could be devastating. Who knows? We all understand that.

Garth Turner: I know, but I think you’re taking an extreme here because it’s not a matter of living and waiting for a rock to fall on your head.

Brad Lamb: Hold on. Just let me say this. Since 2008 or 2009, for six, almost seven years, you’ve been saying the same thing and you’ve been wrong. For seven-tenths of a decade, you’ve been living under a rock, afraid the world’s going to end.

Garth Turner: Not at all.

Brad Lamb: But it hasn’t.

Garth Turner: Not at all.

Brad Lamb: What have you done? Have you built anything? Have you taken any risk in the last seven years?

Garth Turner: I manage $500 million of people’s money. I have a business that’s based on risk. Just like you, I take risk every day, okay? People give me $500 million to manage, I have to do a good job at it. So, I counsel people on trying to have diversification in their life and not having a one-asset strategy. I don’t want to see people with all their net worth in the stock market. I don’t even want to see it in a balanced portfolio. Everybody has got to have a house, a place to live. No problem. But what really bothers me is this one strategy, one strategy over and over again.

Brad Lamb: No one is advocating that.

Garth Turner: Yeah, actually, that’s what I’ve heard right around the table — is basically there’s no better investment. You might as well have all your eggs in one basket.

Sherry Cooper: I didn’t say that. No, no, nobody’s saying that.

Ron Johnson: Let’s talk about economic principles, the bigger picture, oil prices. How could that impact on the local market?

Garth Turner: What’s called the fire sector, right, Sherry? — finance, insurance and real estate — is basically what? 22 to 23 per cent of the economy now?

Sherry Cooper: Huge, but it’s not that big.

Garth Turner: So I’m a little concerned about us building a condo economy in Canada. It’s concerning because a lot of that is, of course, non-exportable. You can’t load up a container-load full of condos and send them around the world, right? So this is a domestic economy that we’re building here, and it’s —

Sherry Cooper: But we’re importing capital dramatically because of the attractiveness of our real estate market.

Garth Turner: I haven’t seen any quantification on that.

Sherry Cooper: Well, we can’t quantify it because we can’t report the data. It’s just like what Brad said about vacancies. But we know it’s happening.