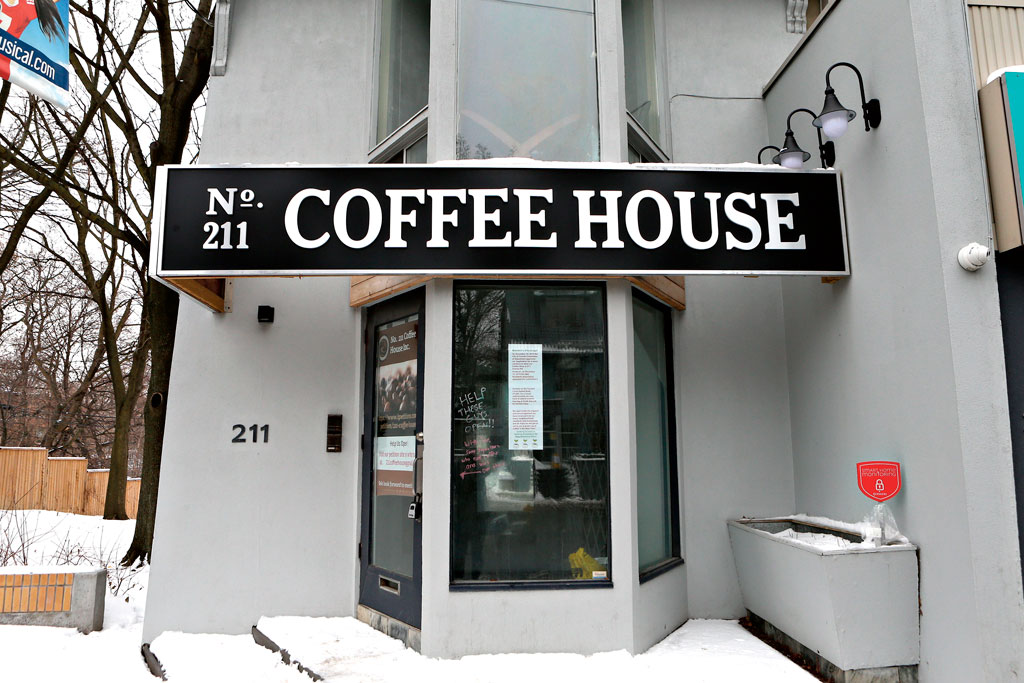 Last May, Sula Kogan was ready to open a little coffee shop on Avenue Road, just north of Davenport Road. She had renovated the space and purchased the necessary equipment after checking with the city that a café would be permitted.

It was all going according to plan until the shop’s business licence was rejected just before opening day, due to a 1949 bylaw.

It didn’t help matters that a local residents group decided it wasn’t in the neighbourhood’s best interest to have such readily available caffeinated beverages.

The opening of a local coffee shop is now in question after the residents group appealed a committee of adjustment decision that granted Kogan an exemption to a zoning bylaw prohibiting restaurants.

Kogan said she was surprised to learn of the 70-year-old bylaw as there are several restaurants in the area covered under the same bylaw.

On July 22, 2019, Kogan submitted an application to the city for a minor variance in order to permit restaurant use in the two-and-a-half–storey building and to reconstruct the rear deck.

Records show minor variances have been granted to allow restaurants in the area. On Nov. 20, the Toronto and East York Committee of Adjustment approved the application despite letters of objection from several residents and lawyers representing the ABC Residents Association, as well as councillor Mike Layton.

“The current zoning prohibits a restaurant as a permitted use, and therefore I would suggest that the application is not minor in nature and should be subject to a rezoning application,” wrote Layton. “My office has heard from many residents who are concerned about the impact of the proposed use on the neighbourhood, as well as the precedent this decision will set on future applications.”

The variance was granted on several conditions including prohibiting cooking facilities in the coffee shop, restricting the use of music on the patio and the requiring the storage of garbage inside the premises until it is picked up.

On Dec. 9, ABC appealed the decision to the Toronto Local Appeal Body (TLAB), which is due to make a ruling April 1.

The coffee shop will remain closed until then. Kogan said that lawyers’ fees and paying rent on an unopened coffee shop is taking a financial toll.

“If we get to open, we’ll have to work for three years for free to have paid off the ability to have opened,” said Kogan, who doesn’t believe that ABC’s views represent the neighbourhood and has launched an online petition.

“We have lots of support. We keep getting emails from neighbours and people asking why we’re not open,” said Kogan. “They know about ABC and they sympathize, and people want to come out and support it.’

Kathrin Bohr, a director with ABC Residents Association, said any kind of eating establishment would create issues with noise, garbage and traffic. She said the city doesn’t have the proper resources to enforce the restrictions put on the variance and questioned the actual support for the coffee shop in the neighbourhood.

“It’s not a minor variance, it’s a zoning change,” said Bohr. “And that should not be done at the committee of adjustment level, and that is what we’re opposing in principle.”

Kogan said that if the TLAB rules against the coffee shop on April 1, she will abandon the project rather than pursue a zoning change for financial reasons, which she said is what ABC wanted all along.

“They have the nerve to go around and suggest that they represent the neighbourhood when they absolutely, in this case, don’t.”