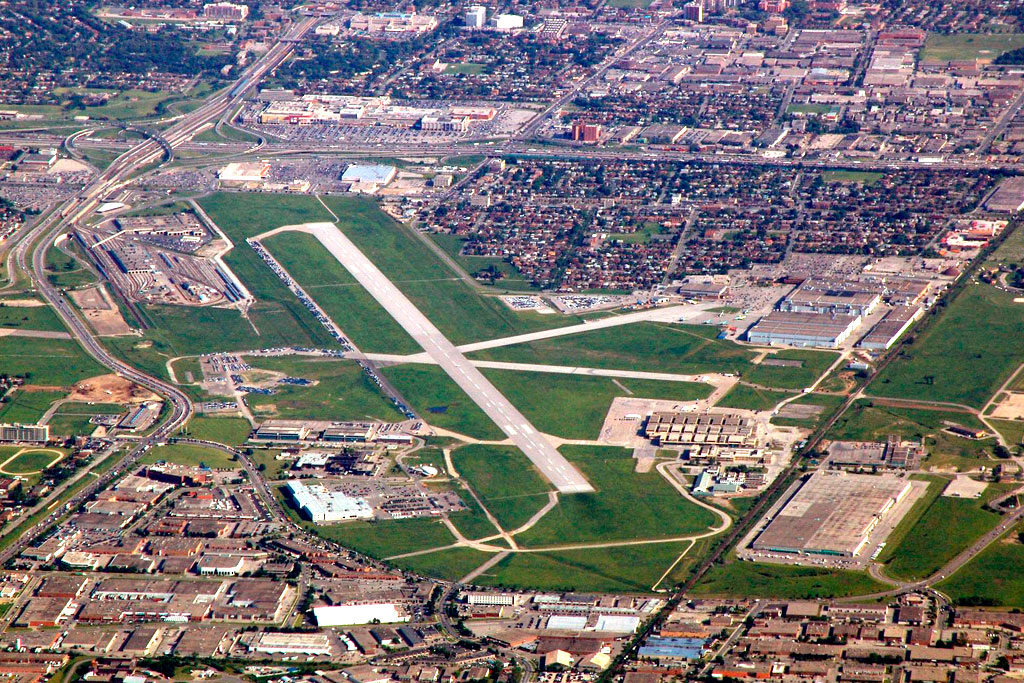 With the sale of Bombardier’s 375-acre facility in the Downsview area impending, the local councillor and residents have been scrambling to find out more information about the future of their neighbourhood.

“There are a lot of balls in the air and many moving parts,” said the local councillor Maria Augimeri.

She explained that on top of the Bombardier lands, at 375 acres and currently zoned for employment use, there’s also the 600-acre federally owned Downsview Park land.

“So you have about 1,000 acres of prime property in Canada’s largest city with access to two 400-series highways, a GO station and two subway stops. You can imagine how vital and how important this land is positioned, she said.”

Augimeri would like to see the land retain its employment status. She pointed out that employment lands contribute significantly to the city’s tax base.

Another issue is that with the discontinued use of the on-site runway there will no longer be a height restriction for whatever gets built there.

“What’ll stop 80-storey buildings all over the place?” she said. “What’ll stop the Manhattanization of Downsview?”

Patrick O’Neal, a spokesperson for the Downsview Lands Community Voice Association, is also worried about what further intensification will do to the area and the traffic.

“We’re very much with councillor Augimeri on her desire to keep it as employment lands,” he said. He added he’s concerned about how intensification will affect traffic. “If it’s all condos, that’s not a community in any way,” he said.

However, some residents are embracing the opportunities that this impending sale will bring.

Anthony Fernando, of the Downsview Residents Association, believes that the area could use the boost in investment.

“We feel local politicians are clinging to this expectation of holding on to the past,” he said. “Holding on to employment lands.… I think the honest, fair, adult thing to do is to tell people, ‘Look, Bombardier’s breaking up with us,’ and what we should do now is turn our attention to what we would like in that space.”

According to Bombardier’s senior advisor Simon Letendre, the company plans on closing a deal in 2018; although he could not disclose more information on the bidders.

“We are confident that this will be a win-win situation both for our business and the future economic growth of the city. This land is located near downtown and is underutilized.”