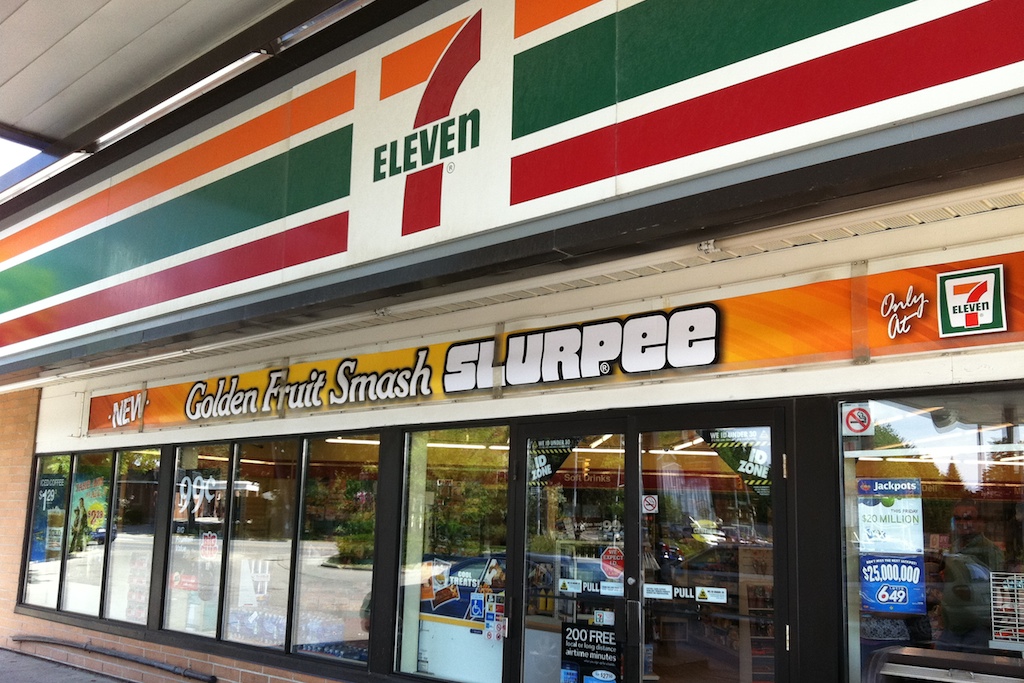 Ontario has long hinted at the possibility of allowing Ontario convenience stores the opportunity to sell beer and wine to its customers, and it looks like something might be coming down the pike after 7-Eleven Canada applied for dozens of liquor licences for its Ontario stores last week including 18 in Toronto.

When asked about the move, 7-Eleven issued a prepared statement.

“7-Eleven Canada is excited by the Ontario Government’s commitment to extend beer and wine retailing to convenience stores, creating the opportunity to showcase Ontario wine and craft beer products,” the statement read in part.

“In preparation, 7-Eleven Canada has applied for liquor sales licences for many of our Ontario locations. Our top priority is to provide our customers with safe access to the products they want, where and when they want them. To complement our fresh food and hot food programs, we are preparing for in-store service of a small selection of Ontario-made beer and wine products, offered during limited hours, and in designated consumption areas of our stores. Should we be successful in obtaining licences, all staff handling alcohol products will be SmartServe trained.”

Currently, 7-Eleven is applying to sell wine and beer to be consumed in its stores while hot food is being consumed, something that is currently allowed in restaurants, according to Dave Bryans, CEO of the Ontario Convenience Stores Association. This would mean, one would assume, that the stores in question would need to provide everything that is required by restaurants such as the seating area and bathroom facilities.

“There are a lot of convenience stores that have food on the premises, many have breakfast bars, lunch bars and sell bacon and eggs, and hamburgers, that sort of thing,” said Bryans.

“Why shouldn’t people be allowed to have a cold beer with their hamburger on a hot summer day?”

According to a spokesperson for the province, convenience stores with a licence to sell alcohol for consumption on premises are not eligible to offer takeout and delivery of alcohol products.

“On December 9, 2020, the government announced that it was making permanent a temporary measure introduced at the onset of COVID-19 to allow licensed bars and restaurants to offer alcohol with takeout and delivery food orders, helping these hard-hit businesses get back on their feet and supporting jobs in Ontario’s hospitality industry,” explained Scott Blodgett, senior media relations advisor for the Ontario Ministry of Finance, in an email.

“These changes do not apply to licensed establishments whose primary purpose is not for the on-premises consumption of food and drink, including convenience stores,” he added.

Although 7-Eleven is not a member of the OCSA, Bryans applauds the move as it allows businesses to create another revenue stream during a tough time for small businesses in addition to reminding the government of its pledge three years ago to allow beer and wine to be sold outright in Ontario convenience stores.

“This will create more foot traffic down the road, and provide some incremental revenue to these businesses suffering big time during COVID,” said Bryans. “It will also create awareness of the government’s promise. Customers are ready, retailers are ready, it’s an inevitable evolution of the market.”

7-Eleven isn’t alone, according to Bryans there are hundreds of Ontario convenience stores, largely in rural areas, that operate as LCBO agency stores with no issue.

“These stores do a wonderful job of selling beverage alcohol,” he said.

Following the last provincial election, the Ontario PC government made the selling of beer and wine in convenience stores its first promise. And it has been contemplating the move for three years and despite allowing 450 grocery stores to sell beer and wine — in addition to new measures under the pandemic that allow for beer and wine to be delivered, and sold by bars and restaurants as takeout items — convenience stores have so far been off the table.

“The time has come, and everyone has said it over and over,” said Bryans. “Hats off to 7-Eleven. They’re the first to think outside the box.”

The Alcohol and Gaming Commission of Ontario is currently reviewing the 7-Eleven Canada licence applications.