A break for the brain - TRNTO.com
Skip to content 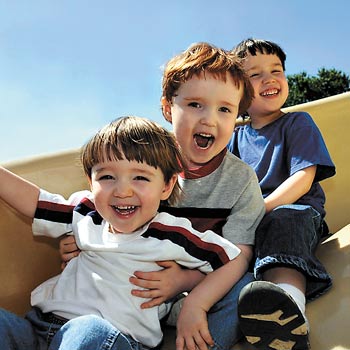 THE THREE Rs — reading, writing and arithmetic — have long been the acknowledged cornerstones for academic success. There are, however, other important Rs necessary to achieve this success.

The first “R” is reason. A child must have the desire to learn — a reason to do well, so she can reap the rewards of high academic achievement.

A second “R” is that a child has to be ready to learn. If the child is not ready, he will not reach his potential. This is in regards to both his physical and mental state while at school and is dependent on a number of factors. First and foremost is nutrition. A child with an empty tummy will be behind her peers who have adequate nutrition during the day. Empty calories may fill the tummy but do not provide optimal energy.

Sufficient sleep is also important for the mind. Public school children should be receiving up to 10 hours of sleep per night, and those in high school no less than eight and a half to nine. “Peace of mind” while at school allows the child to fully concentrate on learning. Emotional troubles — due to problems at home or at school — will hold a child back from reaching his full potential.

We can add another “R”: recess. Hopefully most public schools have two 15-minute recess periods a day. Recess, a time for physical activity, is as important to learning as being taught in the classroom. There is an old saying: “your mind can absorb more than your seat can endure.”

I have spoken to many children and wondered what they were doing during recess. I am very pleased to report the vast majority was extremely active during recess. They may not be doing as much skipping or playing hopscotch as in my day, but they were running around playing tag, throwing a ball and playing soccer. I cannot emphasize how important this playtime is, not only for learning, but for healthy development, too.

I cringe when a parent tells me a child has been denied recess as punishment for a classroom misdemeanor. This should never happen. No other class, such as math or language, is denied as punishment. Neither should recess.

I applaud all teachers who recognize the important correlation between physical activity and learning — especially those who get outside with their students and play with them. The result is not only increased respect for the teacher, but also a greater willingness to learn by the pupil.
I am a great believer that you cannot separate a healthy mind from a healthy body. Physical activity before school, at recess time, after lunch and after school is of utmost importance for optimal learning. Five stars to those schools that provide pre- and post-school activities.

Post City Magazines’ kids health writer, Dr. Mickey Lester, has been a Toronto pediatrician for more than 30 years and is the former Chief of Pediatrics at Trillium Health Centre. You can hear him on CFRB, Sunday mornings, from 9 to 10 a.m..