A guide to 6 uptown marijuana dispensaries - TRNTO.com
Skip to content 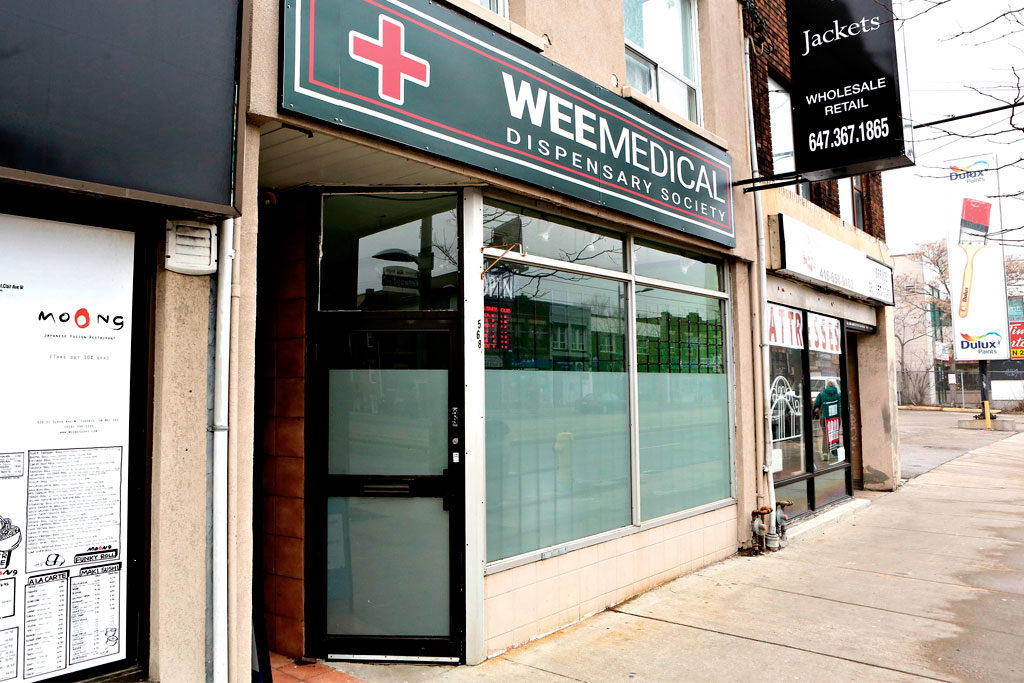 The federal Liberal government plans to introduce legislation legalizing marijuana in early 2017. By now, locals have seen their share of grey market dispensaries open across Toronto. Post City anonymously visited six to see how easy it is to buy pot north of Bloor.

Weemedical Dispensary Society
586 St. Clair Ave. W.
Much more relaxed than its competitors, this dispensary lacks cameras or locks. It has been open for approximately two months and the front door can often be found propped open with signage on the street welcoming customers in. The staff is friendly and accommodating and product prices are artfully sketched onto a chalkboard inside.
Pricing: $8 to $14 per gram
Products: They carry gummies, cookies and truffles, more than 10 strains of marijuana and five types of shatter (i.e. marijuana concentrates).
Process: While staff may run new customers through an “official” process at first, employees at this location will sell marijuana to those without a prescription or membership.They do however adhere to a 19+ policy and do not permit smoking on the premises. 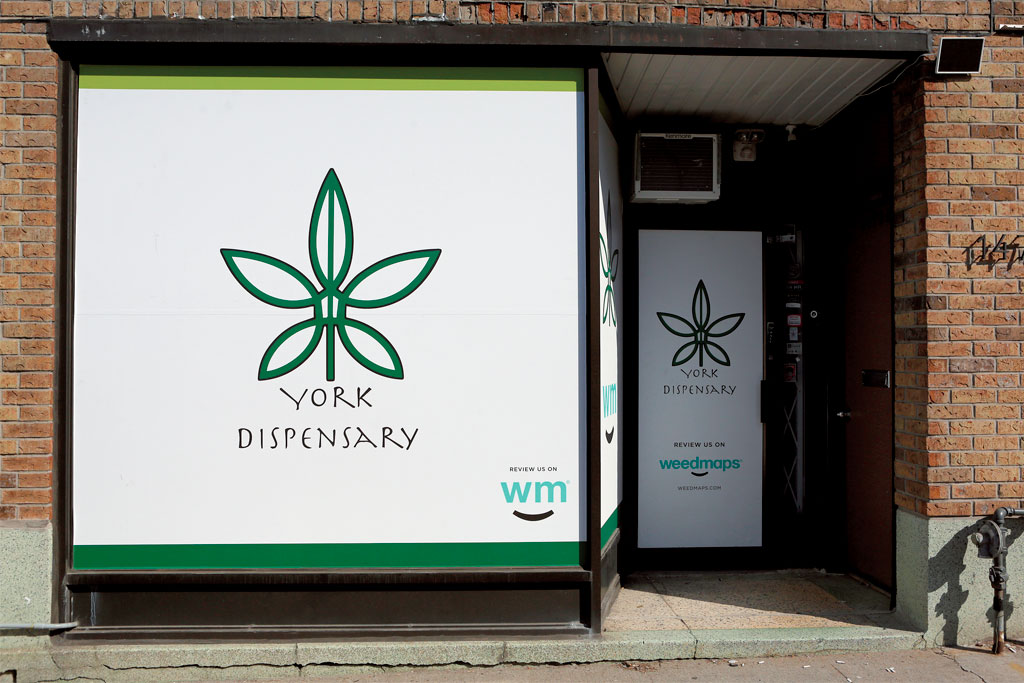 York Dispensary
1478 Eglinton Ave. W.
In an area described by some locals as Little Jamaica, two dispensaries can be found within a three block radius (Weed the North is located at 1532 Eglinton Ave. W.). Cameras are set up outside this establishment and a doorbell allows patrons access.
Pricing: $9 to $11 per gram
Products: The store carries a number of fun edibles, including lollipops, chocolate bars, fudge, tea — and of course, a lot of marijuana.
Process: New clients must fill out a form outlining the reason they require marijuana for medicinal purposes. Employees then fax it out to a “cannabis-friendly” doctor. In the meantime, customers can circumvent the process and pay $200 to purchase pot before they receive a prescription. 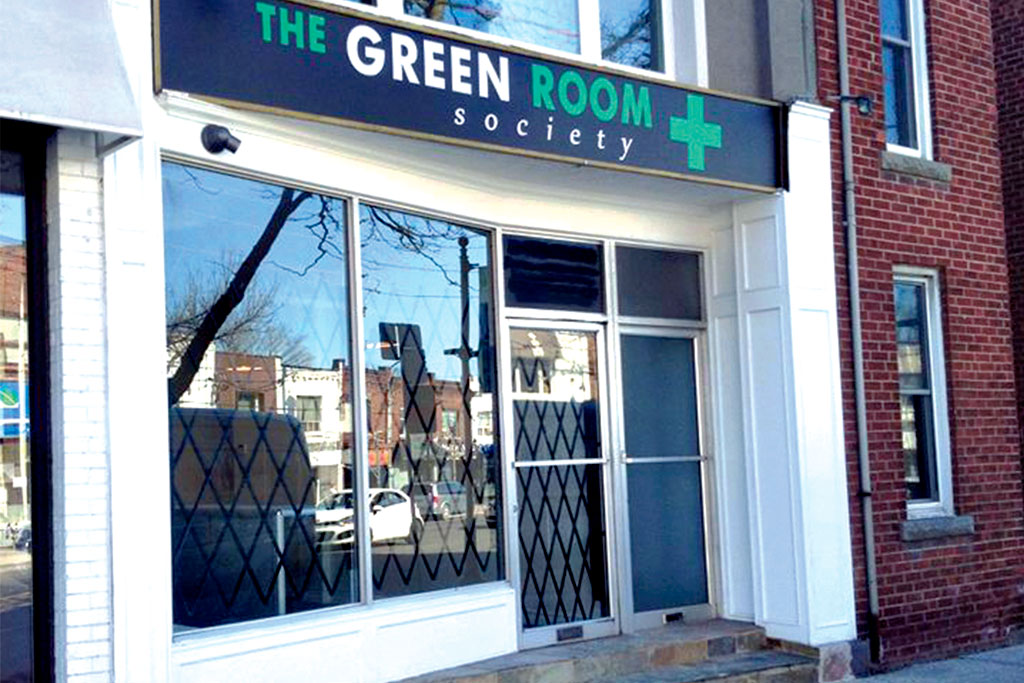 The Green Room Society
562 Mount Pleasant Rd.
This location was initially meant to open on April 20 — otherwise known as 420 — but staff ran into problems that delayed it. Post City visited the other location at 402 Spadina Ave. to find out what kind of dispensary was moving into the neighbourhood.
Pricing: $8 to $13 per gram
Products: Bongs, grinders and rolling papers are on display at the front of the store. Marijuana, THC pills, shatter and edibles are found in the “members only” room at the back.
Process: Depending on the day, new customers can walk in, receive a prescription from a naturopath via video call and purchase pot within the hour. Staff require photo ID upon signing new members and personal information is recorded and kept confidential. Membership is free. 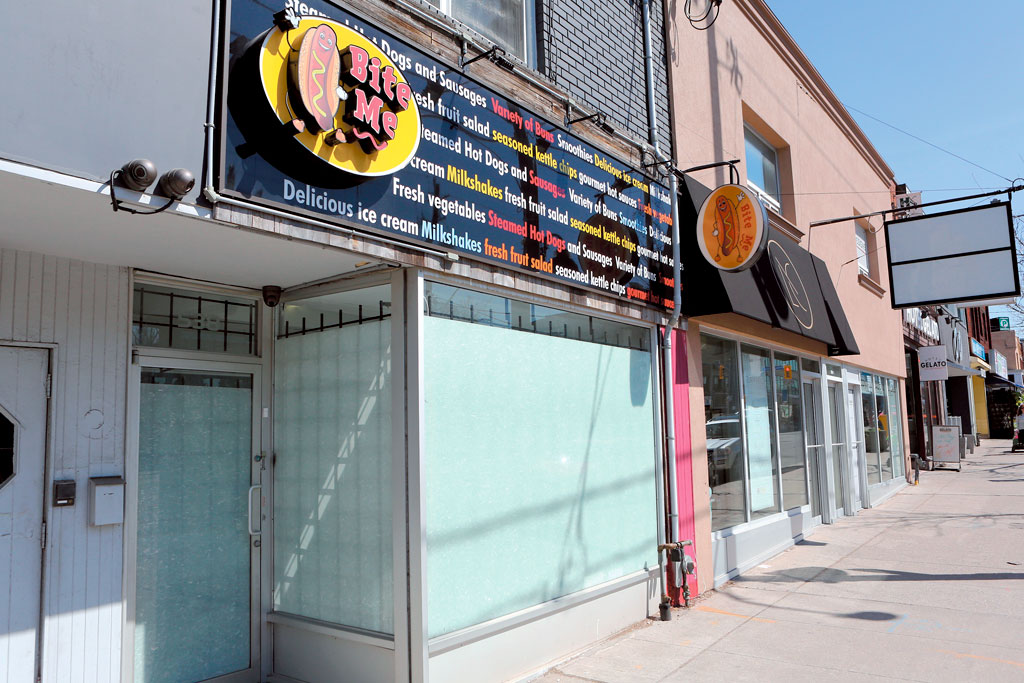 Calm – Cannabis as Living Medicine
538 Eglinton Ave. W.
With no telltale signage out front, apart from leftover advertising from a previous business, passersby are unlikely to notice this dispensary. The front door remains locked throughout the day and there are bars on the windows as well as outdoor surveillance. Although it may not seem like it, this dispensary has been open for more than three weeks.
Pricing: $8 to $11 per gram
Products: They carry many strains of marijuana, as well as hash and shatter, with varying degrees of potency. Edibles include cheesecake, cookies, fudge, banana bread and even gluten-free Nanaimo bars.
Process: Clients must pass a thorough screening process that requires a prescription, membership and orientation at headquarters (near Yonge and Bloor) in order to purchase marijuana at this establishment. 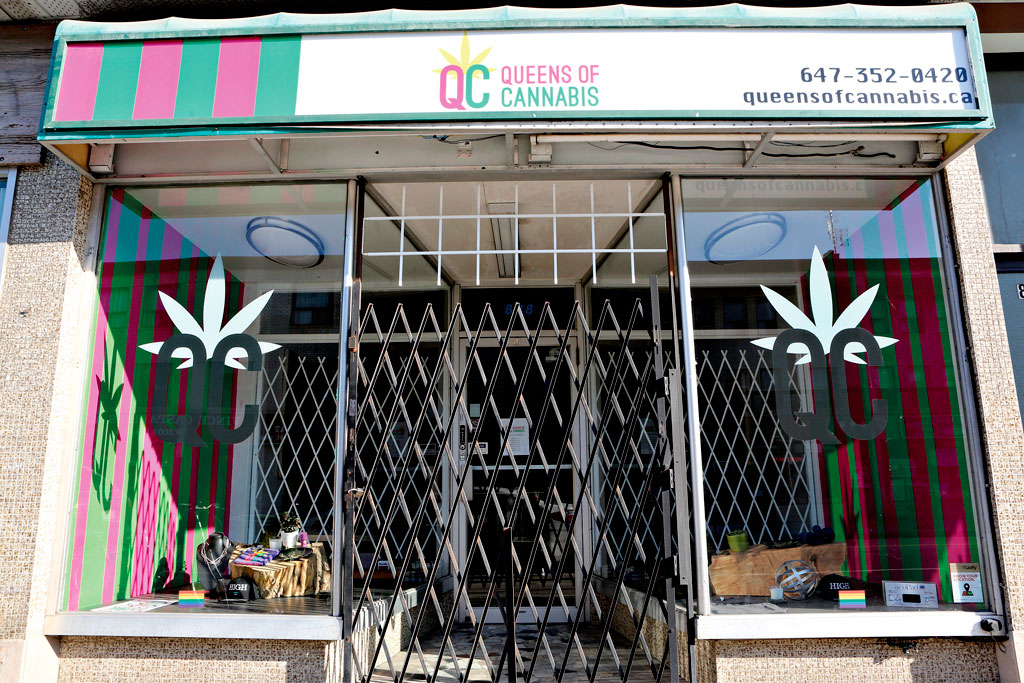 Queens of Cannabis
848 Bloor St. W.
This boutique storefront has an all-female staff with spa facility on site. Think: pink couches, marijuana-infused beauty products, graphic tees, jewellery, brownies to sample on the counter and DIY workshops.
Pricing: $8 to $15 per gram
Products: Various strains of marijuana are available here, not to mention a number of edible goodies, from smoothies to decorated cake pops as well as alternatives for those who are vegan, or interested in sugar- and gluten-free products.
Process: This dispensary will not sell marijuana to customers without a prescription from either a doctor or naturopath. Staff encourage clients to connect with the “medical cannabis doctors” at White Cedar near Yonge and St. Clair — who require a referral from a physician. 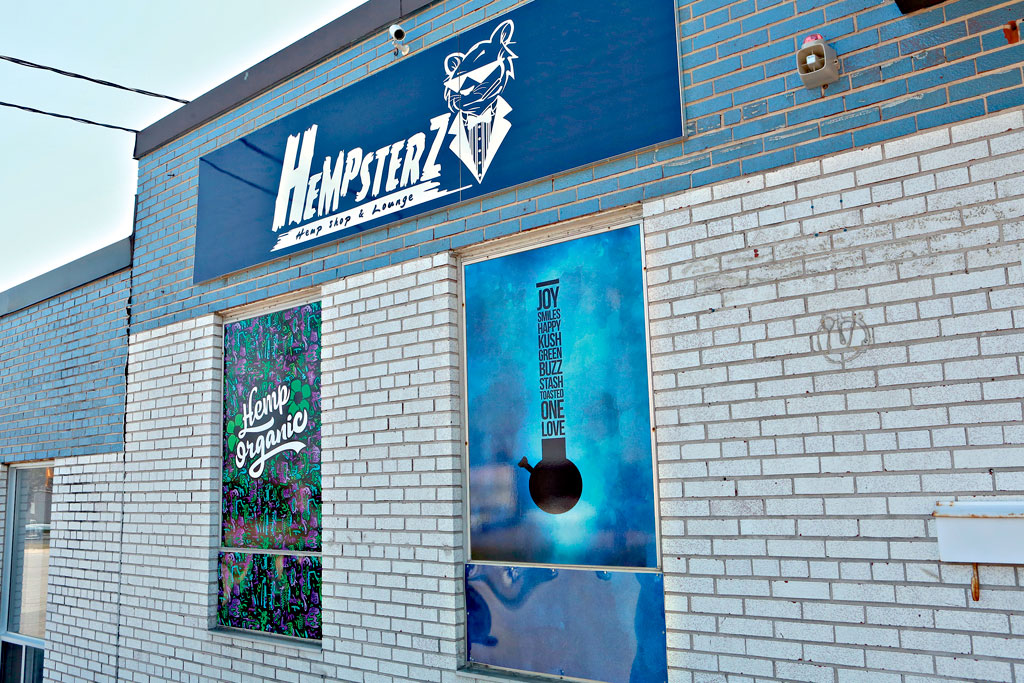 Hempsterz
65 Martin Ross Ave., #12
This North York dispensary is geared more toward entertaining, with a smoking lounge in the back for its members. It has a tacky decor, with black leather couches, bongs and a VIP area with a gaming console and large screen TV. Staff serve alcohol on weekends.
Pricing: $7 to $12 per gram
Products: None of the marijuana is on display; however, they do sell marijuana and edibles to members along with bongs, pipes, lighters, infused creams and more.
Process: Employees escort new clients to a nearby doctor on Wednesdays and Fridays. A $150 fee covers the cost of a year-long prescription and membership. An employee at the store said they have plans to open up another location in the Yonge and Finch area soon.

Update: To stay on top of the dispensary issue, we assembled an expert panel for a roundtable discussion. Here’s what they had to say.