A guide to the best hidden snack shacks in Toronto | TRNTO.com
Skip to content 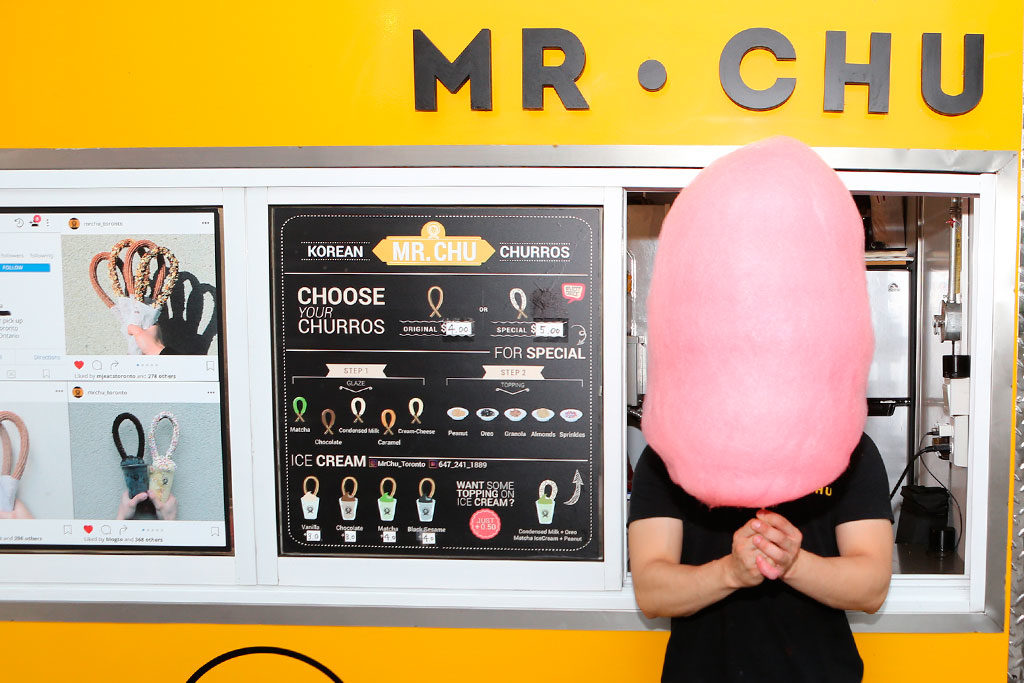 Not too long ago, Toronto’s mobile and shack-sized eateries were limited to hot dogs and the very occasional ice cream truck. Around North America, food trucks blossomed into a culinary culture of their very own. Portland got their food cart pods, L.A. put Korean tacos from the back of a mobile eatery on the map, and Montreal sent out its gastronomic pride and joy, Au Pied de Cochon, in an upcycled UPS truck and won hearts across the city with a $6 sous-vide pork tongue sandwich served on a doughnut. Toronto, in response, had “Toronto à la Cart,” a short-lived pilot program that forced local restaurateurs to apply for expensive licences and purchase even more expensive uniform carts, something at least one mayoral candidate at the time dubbed, “Toronto à la Failure.”

Eight years later, one can hardly call T.O.’s food truck and cart landscape a “scene,” but we’re well beyond our meager sausage-and-stale-bun beginnings. Take a walk, and you may find a gem. But blink, and you may miss it: It could be tucked away in a plaza vestibule or at the mouth of a parking lot or even permanently parked on the (former) longest street in the world. Here we have assembled some of Toronto’s little-known street eats. 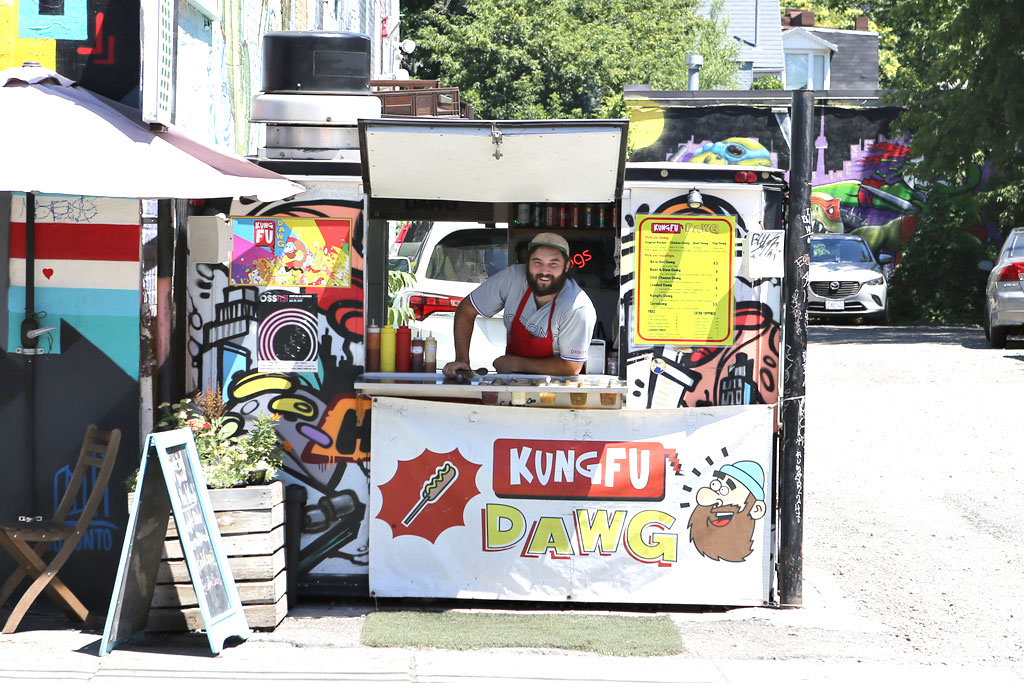 Kim’s à la Cart
The sole survivor of the Toronto à La Cart program, Kim’s à La Cart is still planted in front of a Shoppers Drug Mart at Yonge and Finch, having removed its wheels and rigged up a more secure roof early on to withstand the winter cold. It’s become a beloved neighbourhood mainstay, churning out an impressive array of down-home Korean street eats for folks coming out of the karaoke bar only steps away, as well as other passersby. It’s got compulsively snackable dumplings, pan-fried squid, pork belly skewers and noodle soup, but the star of the menu is the taiyaki. These fish-shaped red bean cakes  are encased in a crispy batter, freshly unmoulded from a wide, circular, “how do they fit that in there?”–style, rotating taiyaki iron.
(5576 Yonge St.)

Mr. Chu
Nestled outside the vestibule of an Asian grocery store by Yonge and Finch, Mr. Chu is the kind of place you could walk by a million times without noticing. But the specialty items are more eye-catching than the yellow cart from which Mr. Chu operates. They turn out giant clouds of candy floss double the size of your head and horseshoe-shaped Korean churros (indeed a thing) glazed with a choice of condensed milk, chocolate, matcha or cream cheese and topped with peanuts or Oreos. Want that churro on a serving of black sesame ice cream? You got it. Want a little puff of candy floss tossed in there for the ‘gram? With sprinkles? Mr. Chu’ll do that, too. Want it on a unicorn? Fine, Mr. Chu doesn’t have unicorns. But by the time you’ve come down from your mid-afternoon sugar high, will it even matter?
(15B Finch Ave. W., 647-241-1889)