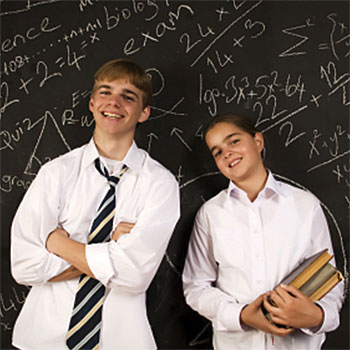 With enrolment levels down more than 13 per cent in the Toronto District School Board since 2002, due largely to an ever-declining Canadian birth rate, independent schools are stepping up their game to ensure fewer babies doesn’t mean fewer bodies in the classroom. But what does it mean for parents?

“Declining enrolment isn’t being experienced uniquely by the publicly funded system,” says Barbara Bierman, executive director of the Ontario Federation of Independent Schools, “and private schools are doing a lot of planning, knowing that this trend is not temporary.”

Although the decline has been less radical at the private level (the Conference of Independent Schools of Ontario, another provincial organization with 44 member institutions, reported a one per cent decline in enrolment in the September 2009 session), and no schools have yet closed due to declining enrolment, Bierman notes that institutions in larger urban centres, like Toronto, Hamilton and Ottawa, have been most aggressive about exploring how to keep numbers up.

“The independent schools know that they have to really look at what they’re doing and offer it more efficiently or more expertly. They’re basically all competing for a shrinking marketplace.”

A marketplace that is seeing Toronto’s private and independent schools — once known as impenetrable institutions for some — potentially moving toward a  loosening of their locks.

Head of school at Bishop Strachan School (BSS), Deryn Lavell, describes one increasingly common stay-afloat strategy as “tuition affordability”: making sure prospective students and families are aware of their options when it comes to tackling the bills.

“Over the last several years, our board, as well as at the operational level, we are really working hard to be committed to increasing our financial aid. And on that front, we certainly offer a number of bursaries. We’ve changed that language.”

“Those talented girls who can’t afford it were probably not even on their radar screen,” explains Lavell. “So now we don’t just want to open our doors. We want to have no doors. Over the last several years, we have been working really hard to increase our financial aid.”
Elaine Danson, a local educational consultant, agrees that an increase in financing opportunities signals private schools’ new-found dedication to a spirit of openness.

“Financial support is far more talked about now,” she says. “The schools are much more open to discuss it right from the get-go.
So when families go into an admissions office, they can ask what’s available in terms of scholarships and are really encouraged to apply.”
But while aid may be more readily available for prospective pupils, the consensus stands that tuition itself has not wavered in the effort to keep numbers up.

In fact, according to Anne-Marie Kee, executive director of Standards in Excellence and Learning, tuition has only seen an upturn.
“Over the past 20 years, it’s safe to say that schools have doubled their tuition,” she says. Kee suggests that it’s an increased emphasis on marketing that has helped private schools keep their numbers up, in particular, marketing that reflects the school’s commitment to innovation and change.

“You’re seeing an increase in schools looking to use social media. At a lot of schools, the heads are blogging. They have Facebook, they’re using YouTube. Their approach to marketing really demonstrates the kind of inventive student learning that’s happening at the school,” she says.This more savvy approach to communications is definitely at play at BSS, where they recently rebranded their entire admissions department as “recruitment,” to reflect how they’re adapting to the current demographic landscape.
“We’re moving away from the model of selection where we expect people to come to us and moving into more proactive recruiting,” says Lavell.

She elaborates that BSS has also seen a re-evaluation of its admissions policies. A move that, if imitated across the board, could mean an easier way in to some of Toronto’s most prestigious schools.

“We still do an assessment and an interview, but we’re not testing the way we used to,” says Lavell.  “For us at BSS, we talk about our program as skills needed in the 21st century: creative thinking, critical thinking, inquiry, collaboration. We are looking for those girls who are creative and can handle our program.”

Danson reaffirms that admissions accessibility is a trend that is quickly catching on.

“I think schools are looking at children more in terms of how they will benefit the school and how the school can benefit them,” says Danson.“The standard of admission is a little wider as they look at the whole child and what