A real and present danger to the independent merchants of Main Street | TRNTO.com
Skip to content 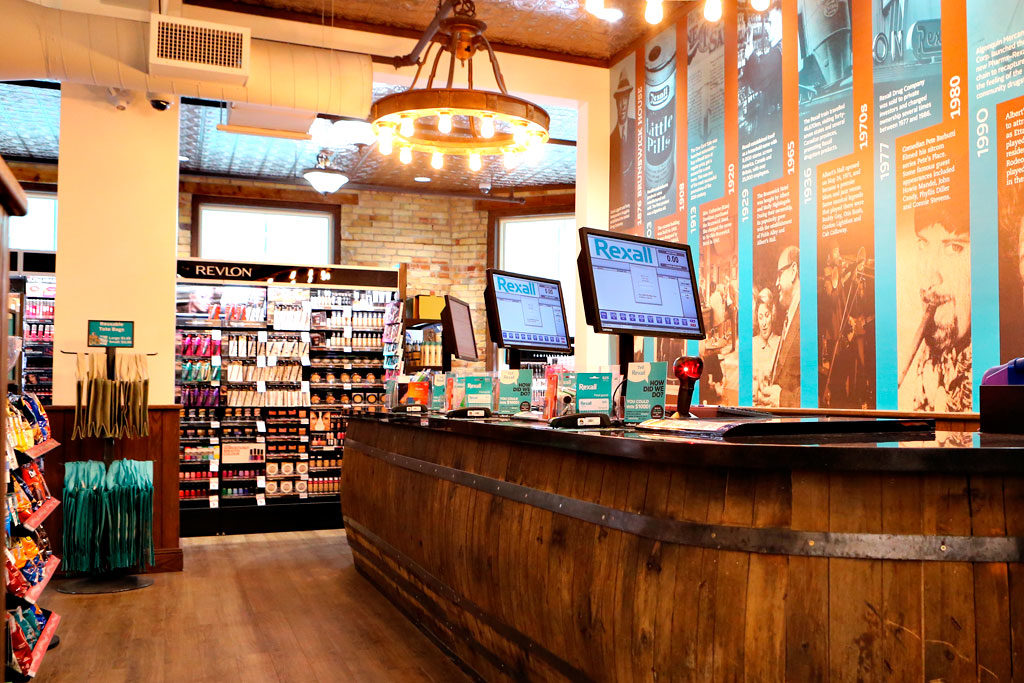 The more the city continues to grow, the more chain stores are drawn to its main streets. But are they squeezing small business out and affecting the distinct character of local neighbourhoods? Toronto City Council is concerned and is looking at ways to control the number and size of chain stores across the city in an effort to retain the charm and variation of areas such as Rosedale and Forest Hill.

City council approved a motion instructing chief planner Jennifer Keesmaat to look into creating a strategy that would regulate chain stores throughout the city, as well as ways to incentivize variation in size and type of business on main streets. The motion, by councillor Mike Layton, seconded by councillor Kristyn Wong-Tam, suggested that planning staff take note of retail strategies in other cities such as San Francisco.

The motion reads: “San Francisco adopted a Formula Retail Strategy in 2006 that required all new formula retail proposals to complete a conditional use process, and be approved by the municipal Planning Commission.” Of San Francisco’s 36 neighbourhoods, three banned chain stores.

“We recognize that, when you have multi-chain stores all with the same esthetic, it has a very generic look,” Wong-Tam said. “What we want to do is try to encourage better design harmony between the retailers and the districts that they reside in and eliminate the homogenizing force that chain stores can have.”

City Planning, in consulation with the Economic Development and Culture division, was ordered to report back to the planning and growth management committee in the fourth quarter of 2017.

Wong-Tam said Keesmaat is keen on developing a strategy to regulate the size and variety of retailers in the city. However, she acknowledged there will be some obstacles to overcome.

Councillor Josh Matlow of Ward 22, St. Paul’s, said that it will be a challenge for the city to regulate the influx of chain stores due to a variety of limitations.

“Toronto is subject to specific legislation prescribed by the province, so the city can’t just kind of make up its own planning rules. Currently, the city doesn’t have a lot of power to be specific about the type of store that goes into a building,” he said. “The city can try to restrict the size of a unit, but it doesn’t have the final say,” he said.

Matlow said that the owner of a property could bypass the city’s regulations by appealing to the Ontario Municipal Board, a provincially appointed body.
“The board can just ignore the city’s decision and give the developer what they want, and that often happens. So that’s one of the limitations, which is very frustrating,” he said.

Matlow said the city is hoping to foster a healthy mix of larger retailers and small, independent shops to create communities with variety and personality.

“We recognize that, when you have multi–chain stores all with the same esthetic, it has a very generic look.”

“Most members of council are not suggesting that there should never be a chain store in Toronto. But when there are main streets that are just overtaken by them and it turns into a generic street full of fast food, rather than a main street with all sorts of goods and services for the community, that’s when it becomes a problem and has a direct effect on our quality of life,” Matlow said.

Design is also something city planners will address. In 2014, Matlow initiated an urban design study for Spadina Road to help protect the small-town character of Forest Hill. He cited the LCBO building as an example of the kind of design the study aims to discourage.

“Most of the buildings are a yellowish or red brick, and then the LCBO looks like this big silver metal box,” he said. “It just sticks out like a sore thumb.”

Yorkville resident Patricia Shaw said that many of her favourite independent retailers have been replaced by chains. She said, she is worried the neighbourhood has lost some of its personality because of the changes.

“I think it’s a real shame because independent retailers give Yorkville its charm and make it a really special place,” she said.
Shaw says soaring real estate prices in Yorkville could also be to blame for the inflow of large international retailers.

“Many of the smaller, more boutiquey stores I used to love have moved west to Queen Street or Ossington, where the rent is less expensive. The rent is so high that they’re getting pushed out,” she said.

Linda Wade is the owner of Putti Fine Furnishings, a small specialty shop on Yonge Street in Rosedale. She said that, although she has seen some chain restaurants move into the Rosedale-Summerhill area, there hasn’t been much of a threat posed to her own business from large chain retailers.

“I think the nature of this neighbourhood prevents too many chain stores from coming in because the retail spaces are too small for them, so we’re protected in that respect,” she said.

Although some independent retailers may not be feeling the pressure from chain stores, there’s no doubt that big name brands have replaced many Toronto landmarks over the years.

Stollerys clothing store, which stood on the corner of Yonge and Bloor for 114 years, was demolished in 2015 after having to compete with big retailers such as Harry Rosen and Holt Renfrew.

More recently, the Brunswick House on Bloor Street West and Brunswick Avenue gave way to a Rexall late last year after 140 years of business. Certain keepsakes and tributes to the building’s history and heritage still stand inside the drug store today.

The city’s chain store strategy is still in the works, but Wong-Tam said if approved, it will be the first of its kind in Canada.