A ring to rally against violence and hatred - TRNTO.com
Skip to content 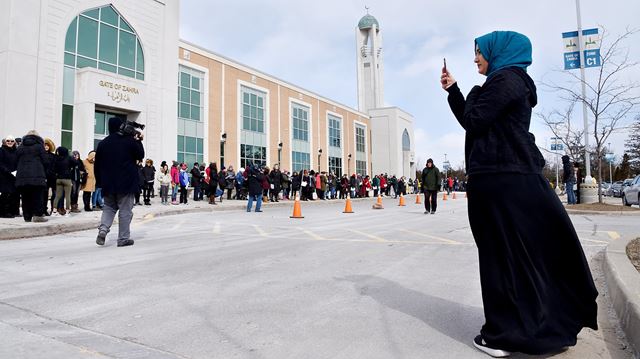 I was in New York recently and while talking to a 10-year-old girl and her mother, the mom told me that her daughter had a nightmare, the night before, that the UN building got blown up by terrorists.

This is what 10-year-olds are thinking about.

Thanks to the global village and the online info-explosion, we all, even our young ones, know too much about the sorrows of the world. Too much to feel safe. Which creates an urgent question: How do we talk to kids about this fractured and fear-inducing world?

The first answer to that question is about what not to do. Many of us, these days, feel despair and fear. Not so great for us as adults. But imagine the turbo-charged effect of that mindset on our kids. We’re formed. Our psyches were set in a time of greater perceived global harmony and safety. Not so our children. And we hold responsibility for this in our hands — which means we have to get creative about how to talk to them about those political and global conflict matters that upset us.

If we give in to (and thus teach our children) passivity, we do them great harm. Passivity is a problem for both us and by extension our kids. Passivity breeds and models despair and paralysis in the face of events we cannot apparently control or change. Passivity is deadening. Passivity fuels anxiety and fear.

What we can do is help our kids to find a way to be instrumental in the world, because doing something is always better than feeling powerless. Start with conversations about the other. Let’s get some homework going. Probably more interesting than most homework. Maybe kids might want to do a research project on these people who are other and whom we fear. They will surely discover that the vast majority of those who are other are no threat to anyone.

At which point the conversation around your dinner table can turn to: Do we want to be an ally to those people? What would be good about that? How might we do it? Can we think of some ways? Would it be good for us or just them? What about being an ally to people we know who are bullied or excluded? Would that be good for us or just them? Because this work starts at the micro level with tolerance and empathy and inclusion of those who are other. You’ll notice this conversation includes the grown-ups asking questions and listening to the kids — which in my experience is the best way to foster kids’ buy-in.

After the tragic murder of the men at prayers in the Quebec City mosque, I was inspired by the leadership and good deeds of Holy Blossom Temple. They, in turn inspired by a human chain created around a synagogue in Oslo after an attack, created a symbolic ring of protection. Holy Blossom congregants formed a Ring of Peace outside a Toronto mosque during Friday prayers, to say: “We stand with and for you.”

Seven Rings of Peace were created around seven mosques in the GTA, and Rings of Peace are growing elsewhere — to stand against violence and hatred. Some might think to protect children from such a demonstration of protection. Some might want to shield children from knowledge of attacks. But that cat is out of the bag. Kids know about these sad events. And contrary to our fear of getting them involved — acting against hatred is empowering for children. It will give them hope, which they desperately need.

Hope comes from action. Hope comes from believing you can make a difference. Nobody is too young for that. The smallest actions toward mending the world, whether it’s kindness to a vulnerable child on their schoolyard or joining hands in a Ring of Peace, will grow our children’s empathy, inclusion and belief in their own ability to make the world a better place. This is how we defeat our children’s despair and fear.