A two-person race for T.O. mayor? - TRNTO.com
Skip to content 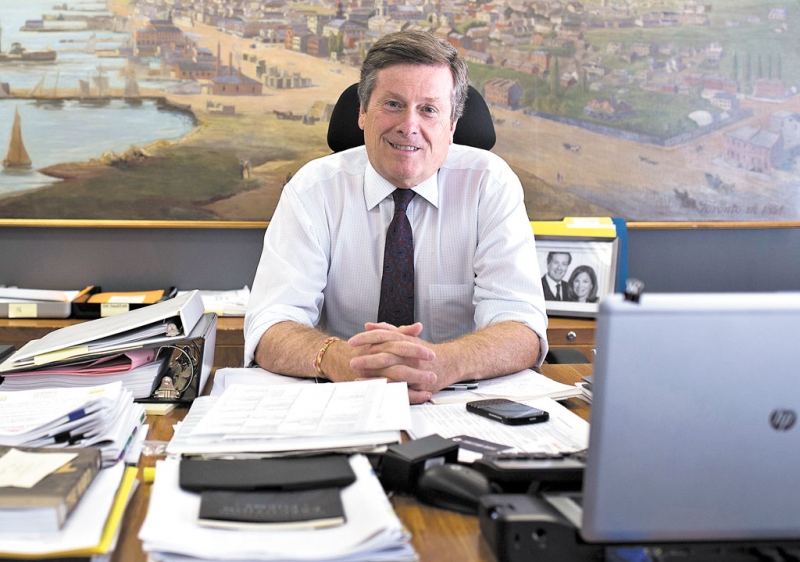 The fresh, relatively young Valérie Plante has been elected mayor of Montreal with a majority of like-minded councillors, putting an end to the old boys’ network in that city hall. Can that kind of a change be expected soon in Toronto?

To quote a character in the George Bernard Shaw play, “Not bloody likely.”

We seem stuck in the mud in this city, and those who might offer change seem unlikely to be candidates in the municipal election next October.

Councillor Joe Cressy is the kind of person this city needs as mayor. He’s young, progressive, politically skilled in getting things done and has an appealing manner. He works well with political opponents yet remains clear about issues. But he has no intention of running for mayor next fall.

To be successful, one must have a profile in Scarborough, North York and Etobicoke, and Joe’s still a downtown kid.

Desmond Cole is another name that’s mentioned as a mayoralty candidate. He, more than any other person, has defined and clarified the issue of police discriminating on the basis of skin colour, and his intervention was key to largely putting a stop to carding by police.

But Desmond no longer writes for the Toronto Star, and his activist pursuits have barred him from appearing before the Toronto Police Services Board. It means his voice is not heard as often as it should be.

Many thought Richard Peddie, the businessman associated with MLSE, would be a candidate. His web site, forabettertoronto.ca, certainly makes the case for him as a candidate, but he has confirmed he is not running.

We need this kind of pushing from the margins, and his recognition that an outsider faces big challenges in an election for the city’s top job shows a strong sense of reality on his part.

With a council of more than three dozen, one would expect several councillors to emerge at least to test the waters about running, but that hasn’t happened.

Shelley Carroll from Scarborough looked ready to jump in, but decided instead to seek a seat in Queen’s Park with Kathleen Wynne.

The challenge everyone faces is the city-suburban split: issues that appeal to those living in the older, denser parts of the city largely built before the Second World War are different from the issues in the suburbs built after 1950. It’s difficult to straddle that mammoth divide.

The mega-city gave the majority of votes to suburban politicians, and city issues don’t go too far. It means decisions get very muddled in the city. Which explains a lot about Mayor John Tory who looks so dithery as he tries to straddle the divide.

He spends much time worrying about traffic congestion and splurges billions on a Scarborough subway extension that might satisfy a dumb suburban dream but insults anyone who wants to spend money wisely to improve transit in Toronto.

He will spend half a billion dollars to keep a section of the Gardiner standing when the world would be better off if it were taken down. He’s willing to talk about affordable housing but not so willing to take the actions needed to actually build some.

The mega-city political muddle explains why Doug Ford is a serious challenger. He’s a bamboozler when it comes to sensible city policies, realizing that attracting media attention is better than trying to appeal to both camps, a skill he might have learned from his late brother Rob.

But Rob Ford had an innocence about him that was appealing, whereas Doug Ford has a thuggish presence that is a bit scary to many people. Yes, there will probably be two dozen people who will put their names forward in the mayoralty election, but they will be fringe candidates.

Meanwhile, to our great envy, Ms. Plante will be making serious change in Montreal.