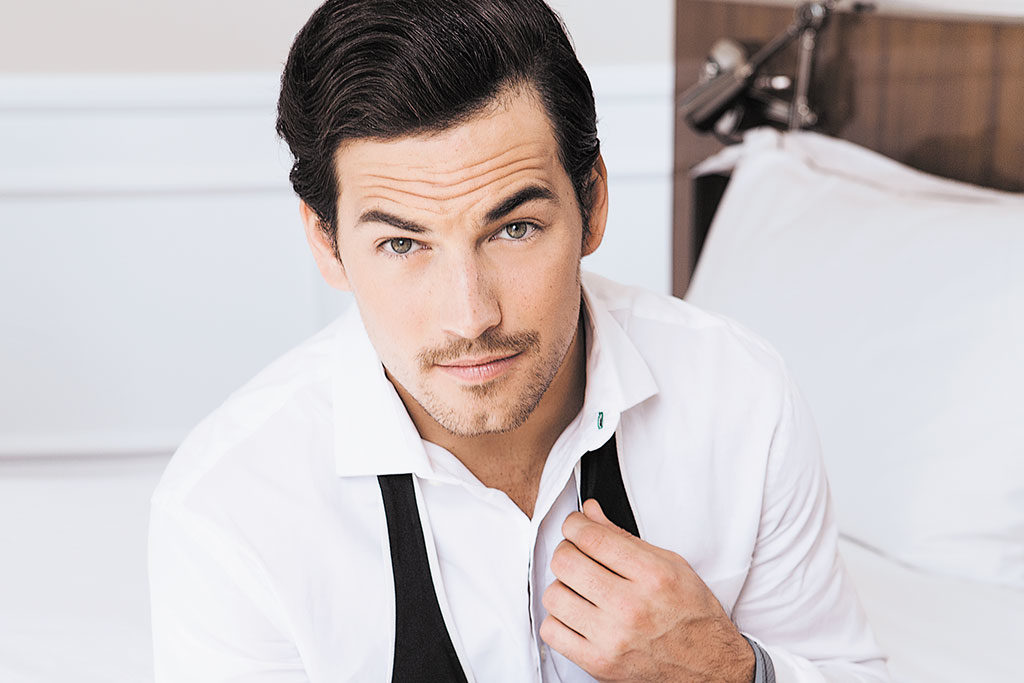 Sometimes a road trip can take you to the most unexpected place. Just ask Giacomo Gianniotti. Last year, after wrapping the Lifetime miniseries The Secret Life of Marilyn Monroe, the Toronto-raised actor packed up the car with two buddies and headed to California for pilot season. Once there, he wound up in a hospital.

The hospital in question was the Grey-Sloan Memorial, the fictional location of ABC’s long-running drama Grey’s Anatomy. Gianniotti had been cast in one of the best-known shows in North America.

It was a big moment for Gianniotti. The 26-year-old actor, who grew up in North York, has had stints on Reign and Murdoch Mysteries, but Grey’s Anatomy is his highest profile role so far. Gianniotti, who plays intern surgeon Andrew DeLuca, originally joined the show as a guest star but will be promoted to a series regular when it returns from winter hiatus on Feb. 11 with an episode directed by Denzel Washington.

With a small but important role in the Jesse Owens biopic Race, to be released on the 19th of this month, Gianniotti’s star is on the rise.

“It’s exciting,” says Gianniotti, speaking by phone from Los Angeles where he now lives. “I’ve always hopped around and been kind of mercurial, with a play here and then a movie or a TV spot. I’m happy with where I’m at because I am very happy at work, and I am happy with the other actors I get to work with, the directors I get to work with. It’s nice for the first time in a while to have a job where you go into work every day and you know everybody. It’s like a family over here, so it’s great.”

Gianniotti hails from Italy and spent his early childhood in his native Rome. He had his start in acting when he was around 10, appearing in an Italian movie. He was offered the part by a family friend who was a casting director. “They just asked me if I would like to do it. I was a kid. I didn’t know anything about movies or how it works, and I just said yeah because it sounded like something fun to do,” he says.

Although he was fascinated by his first brush with the big screen — he compares it to playing make-believe on a grand scale — Gianniotti didn’t get bitten hard by the acting bug until much later. His family moved to Toronto, settling in the Yonge and York Mills area, and he took some drama classes.

Gianniotti’s best-know roles
Grey’s Anatomy: On this long-running drama, Gianniotti is Dr. Andrew DeLuca, the intern surgeon who stepped in as a guest star but clearly resonated with the show’s audience.
Reign: Gianniotti plays Lord Julien in this series that dives into the scandalous world of the French court.
Murdoch Mysteries: In this cultish series that follows William Murdoch and his crime-solving crew, Gianniotti steps into the shoes of Leslie Garland, a love interest of Dr. Emily Grace.
Selfie: Here, Gianniotti plays Freddy, the unsavoury boyfriend and co-worker of the self-involved main
character, Eliza.
Backpackers: The actor plays Andrew in this show that follows an engaged duo who head off on separate pre-wedding Euro trips.

When the opportunity came up to go to Cardinal Carter Academy for the Arts, he took it but still saw acting more as a hobby.

“I just kept doing it because it was fun, and I liked it, and people kept telling me I had a thing for it,” he says.

After high school, he decided to focus on making a career out of acting and went to Humber College to study theatre performance followed by the actors’ conservatory at the Canadian Film Centre in Bayview in 2013.

Featured as a success story by his Humber College alma mater, Gianniotti praises some of the innovative teaching techniques that helped him develop his skills as an actor — exercises such as performing a Shakespeare play in which all the actors had rehearsed separately, never together. That unconventional approach likely served him well at his audition for Grey’s Anatomy.

Four months after initially sending off his demo tape, he got the call for an audition while he and his friends were on their three-day road trip headed to L.A. 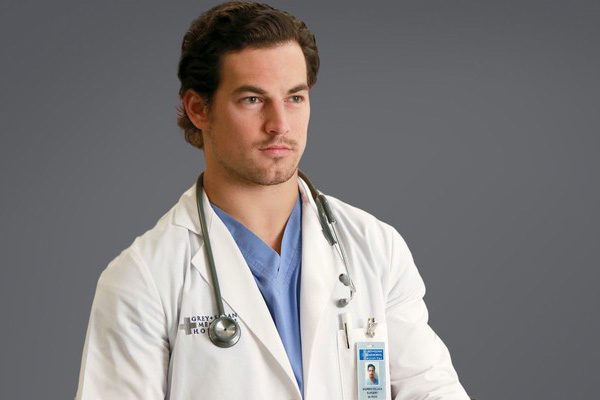 Gianniotti recalls the conversation: “It was on the way that I got a phone call from my management to say, ‘Do you remember that Grey’s Anatomy audition you did? Well, now it’s you and another guy, and Shonda Rhimes [Grey’s Anatomy’s executive producer] wants to meet with you when you get to L.A.’ ”

He handed the wheel to his friends while he studied the scripts his agent had sent over and prepped for his audition in the back of the car.

He got the part and joined the show at the end of season 11. Initially, Gianniotti was told the gig was just for a few episodes, but the writers kept writing him in.

As a regular on a show that films 24 episodes between July and May, Gianniotti now lives full-time in L.A., where the series shoots, but still gets back here for holidays.

He will, however, be part of a strong Canadian contingent in the upcoming movie Race, which also features Toronto actors Stephan James in the role of Jessie Owens, and Shanice Banton, who plays Owens’ wife Ruth Solomon, and which was filmed in part in Montreal.

In the film, a biopic of the star U.S. athlete Owens, Gianniotti plays Sam Stoller, one of two Jewish American runners, training to compete in the relay team for the 1936 Berlin Olympics. Under pressure from Nazi Germany to not field Jewish athletes, the Germans force the Americans to tell the pair they are dropped from the team. Owens steps into the breach, taking his fourth gold medal of the games and dealing a blow to the Nazis’ delusions of Aryan prowess.

“It’s a very big moment because there’s not a single person in the room who doesn’t know why it is happening, though they try to pass it off as ‘Hey, we’ve got to field our best runners,’ ” says Gianniotti.

The film deals with issues of racism and anti-Semitism and is set at a time when Europe was headed toward some of the darkest moments of the 20th century. They were subjects that commanded respect from the cast and crew, says Gianniotti.

“Our director, Stephen Hopkins, was incredible. Because these were actual events — you can look up what was happening on those days in the newspaper — he would come to the set and say this was happening on that day, this went on and this went on, and this is what you’d be writing home to your parents about — really getting you immersed in that world. At the end of the day, it’s not Jewish or black or white. These were just kids who wanted to run,” Gianniotti says.

“It’s definitely a very necessary story to be told,” he adds. “I’m really proud of the film.”