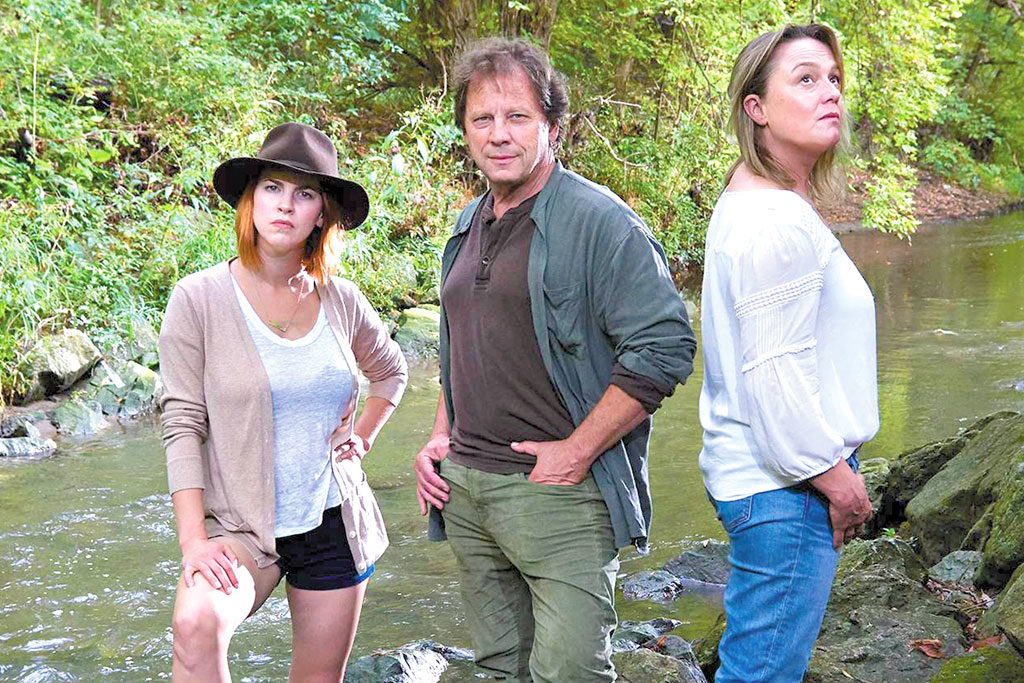 Although preparing to launch into just its second season, the Coal Mine Theatre is already earning a reputation for its sparse, darkly comic and dramatic productions. This month’s season opening production, The River, should cement the theatre’s status.

The River was written by American playwright Jez Butterworth. It premiered in London, England, in 2012 and most notably ran on Broadway in 2014 in a production starring Hugh Jackman. It’s a dramatic work full of dark humour and insightful commentary on the nature of love and human relationships and, well, nature.

The story centres on three characters: the Man, the Woman, and the Other Woman. The Man invites the Woman to his remote fishing cabin to share his passion for night fishing. The Woman agrees, and they spend time together, talking and sharing experiences. They go outside to fish, and she disappears. The Man searches for her, then decides to wait in his cabin. He hears a knock on his door, which he assumes is her, but instead, it’s the Other Woman.

Dora Award–winning Toronto actress Jane Spidell stars as the Woman, alongside David Ferry as the Man and Dani Kind as the Other Woman. It is directed by Ted Dykstra, who is also billed as the artistic curator for the Coal Mine.

“Sometimes our needs meet, and sometimes they don’t.”

“The play is about our own desires and needs for and from each other,” Spidell explains. “Sometimes our needs meet, and sometimes they don’t.”

And that’s all well and good, but what we really want to know is who would agree to go night fishing on a first date?

“It’s true that’s on his terms, on his turf,” she says. “But on the other hand, he’s also made himself very vulnerable. He’s taken her to his most private place, not knowing what her reaction will be. The stakes are high for both of them in different ways. They both want to enjoy their time, reveal parts of themselves, maybe fall in love.”

The play will be performed in a very intimate space on the Danforth. It’s a daring production and one that requires a lot from the performers. But with the team involved, Spidell immediately bit at the opportunity.

“I think it will feel like performing in your living room for your parents on Christmas. It’ll be that intimate and that immediate,” she says.

“When I heard about the designer, Steve Lucas; the director Ted Dykstra; producer Diana Bentley; and the other actors, I jumped at the chance to work with them, on such a scary and amazing adventure.”