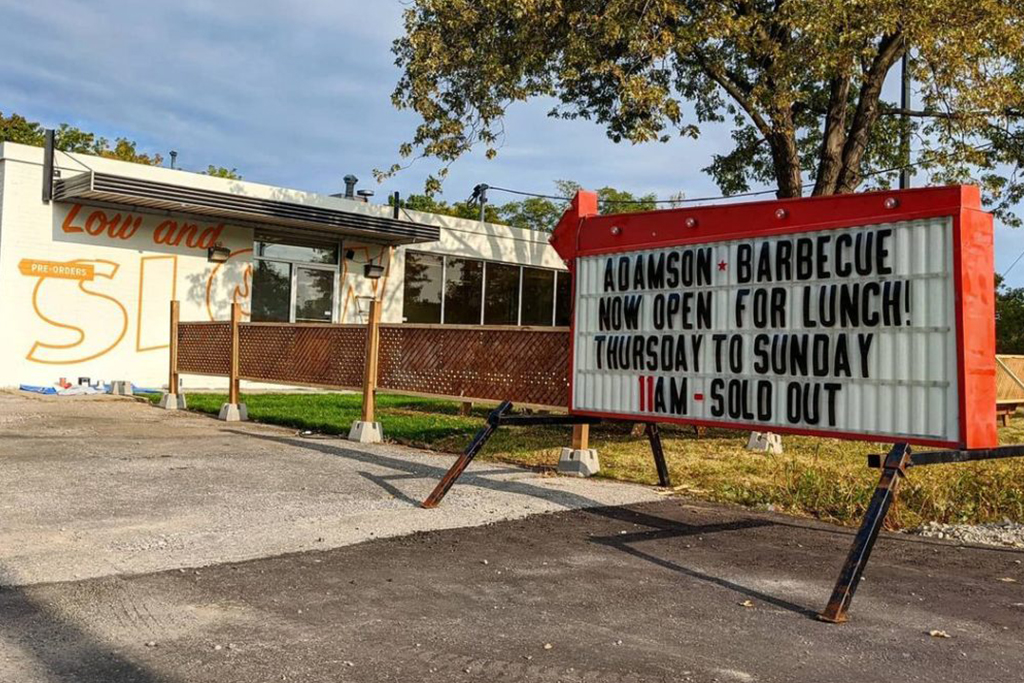 The Adamson BBQ saga continues. Hours after Toronto officials padlocked the doors of the restaurant for defying Ontario’s Health Protection and Promotion Act, owner Adam Skelly reposted an Instagram story with a cartoon version of himself standing on a police car, brandishing a spatula and proclaiming “We’re not closing.” His message, though illegal, was clear: “Etobicoke. 11 am to sold out. Dine-in.”

As of this afternoon, Skelly is facing nine charges, including operating a business without a license, breaching indoor dining regulations, and allowing illegal gathering.

Toronto Police Super. Dom Sinopoli says Police have charges the owner of Adamson BBQ, Adam Skelly for an unlawful gathering. No one in the crowd was charged by Police. pic.twitter.com/RYzOcWJsfG

The BBQ joint has become an outpost for anti-lockdown protests, with supporters seen lining up beginning Wednesday morning. Throughout the course of the day, many have reportedly been yelling at journalists and holding up signs reading “We Are Essential.”

Despite police warning patrons that they would be charged if they refused to leave, Skelly announced earlier in the day that he was all sold out and that he would bring five times as much food tomorrow.

The maximum penalty upon conviction for violating the Reopening Ontario Act can be up to $100,000, with jail time of up to one year.