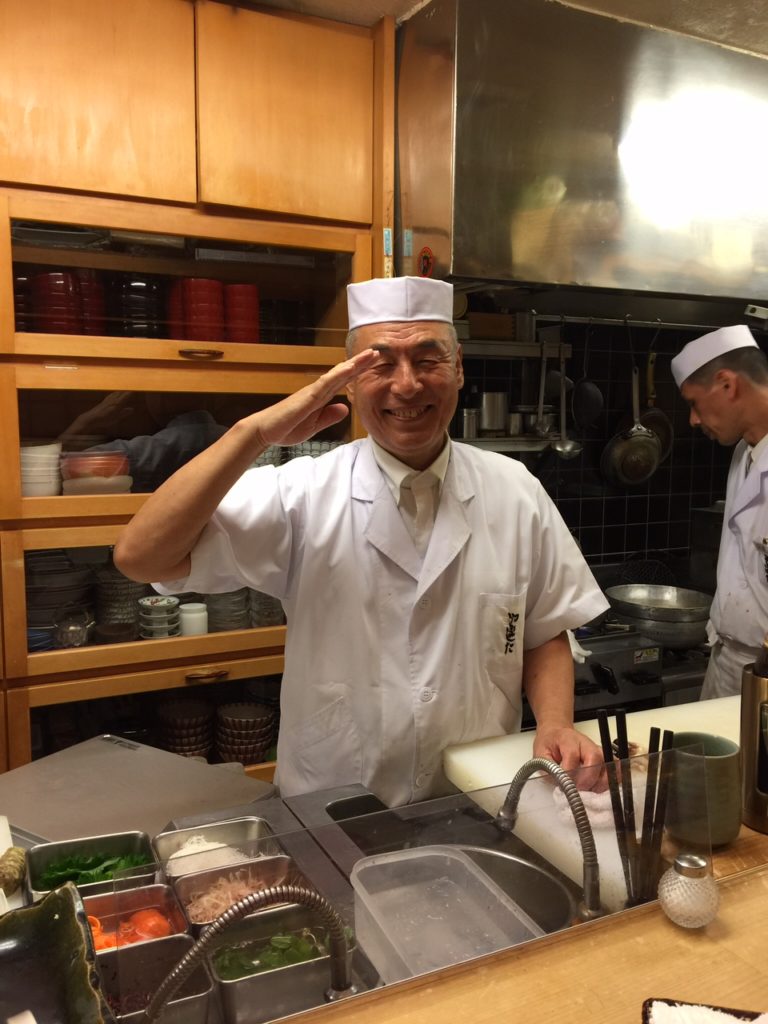 Contrary to what you may believe, it is perfectly ok to have fish and beer for breakfast. Not one of those it’s-taken-me-so-darn-long-to-get-out-of-bed-might-as-well-skip-to-lunch breakfasts either. I’m talking it’s 9 am, I’ll have a cold and frosty one with a side of mackerel. Trust me.

I learned this fun fact on my latest epic travels. I was looking to go somewhere completely outside the box that everyone around me seemed to be traveling within. Asia fit the bill perfectly.

My adventure began in the world’s most sprawling city, Tokyo. Homebase was the Four Seasons Tokyo at Marunouchi, paradoxically the most intimate property in the chain. The hotel is beautifully appointed, only 57 guest rooms yet fully equipped with spa and 24 hour fitness studio (particularly convenient when you're nursing a 12 hour time change),  plus a newly opened French restaurant; Motif. Perhaps it's most important attribute, however, is as they say: location, location, location. I was literally steps away from the Bullet Trains, as well as the most extensive subway network I have ever seen, not to mention some of the best shopping in the world in nearby tony Ginza.

Tokyo has been dubbed the world’s best food city. It is home to 226 Michelin-starred restaurants, more than twice that of Paris, which is next on the list. As with any world class culinary centre, the dining options are varied and truly international. That said, I did not travel over 10 000 kilometres to Japan to sample the finest foie gras in Asia. The goal was all Japanese, all the time, and that led me to my first breakfast in Tokyo at the Tsukiji Fish Market.

The Tsukiji Market is the largest wholesale fish and seafood market in the world. From approximately 5:00-7:00 AM fish are auctioned to wholesalers, retailers and restaurants. Shortly after the market closes, the restaurants of the “outer market” open for breakfast. That is where I learned the true meaning of “Breakfast of Champions”. Tsukiji Sushisay has been serving up sushi since 1889. After lining up for approximately forty five minutes, the restaurant opened at precisely 8:30 AM and I was fortunate enough to score a seat at the small sushi bar downstairs. I was handed what would be the first of many menus with photos only (locals receive a regular menu in Japanese), and then the fun began. A glass of beer appeared and as I pointed repeatedly to my menu and sometimes to the plates of others, a steady stream of the freshest , most incredible sushi and sashimi I have ever tasted began to appear. I was, pardon the pun, hooked.

And so began a week long food tour. I had udon for breakfast in the basement of the train station, lined up for ramen at Ippudo, Marounouchi’s most popular noodle soup spot, ate Michelin star sushi (twice!) at Sushiko and enjoyed a seven course kaiseki dinner at Ginza Maru. I ordered omakase whenever possible and put my meal in the hands of the chef. This of course resulted in having no idea what I was eating much of the time. I didn’t care. Everything was exceptional. 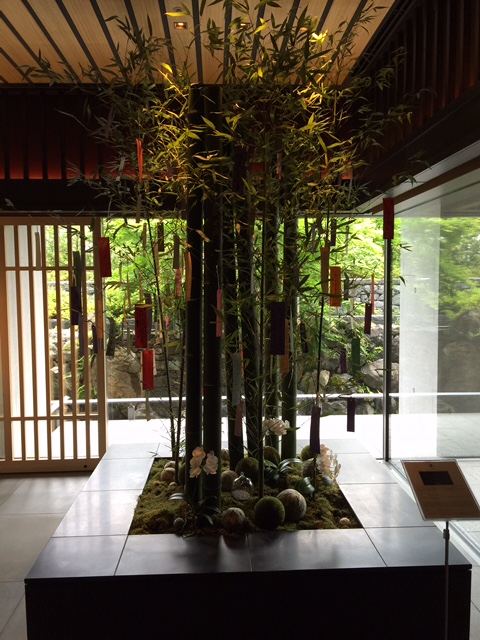 To fill the time between meals, I explored the many neighbourhoods of the city: I played Pachinko, the Japanese slot machines, in Akihabara, the colourful electronics and anime district. I shopped the multilevel department stores of Shibuya, home of the busiest pedestrian crossing on the globe. I walked along the crowded Takeshita Dori in Harajuku, Japan’s centre of street fashion and focal point of Tokyo’s youth culture. I scoured the vintage shops in the off-the-beaten-path hipster area, Shimokitazawa and visited temples in Asakusa.

I was sad to leave Tokyo, but it was time to experience the other side of the coin that is Japan. Precisely 2 hours and 18 minutes away by Shinkansen, the Japanese high-speed railway, is the yin to Tokyo’s yang, Kyoto. Home to over 2000 temples and shrines, plus a still active geisha district, Kyoto is the cultural centre of Japan. I had only a short time to spend there but was determined to make the most of it.

My home in Kyoto was the newly opened Ritz Carlton Hotel.  Designed to be a modern day ryokan, or traditional Japanese inn, I could not have chosen more beautiful surroundings. The property is gorgeous, the decor a modern take on traditional Japanese design aesthetics.  The service was impeccable, the staff friendly, helpful and knowledgeable.

I explored the city by foot, wandering past temple gardens, meandering through the covered outdoor shopping arcades and walking along the river banks. My last dinner in Japan, at my concierge’s recommendation, was at Kappo Yamashita. Housed in a machiya, or townhouse, this casual counter-style restaurant is touted as one of the top seafood restaurants in Kyoto. With good reason. I had the seven course kaiseki and was treated to fresh unagi from the  large aquarium of live eels behind the counter, crab, octopus and even soft-shell turtle. The chef was humorous and engaging, and although he spoke no English, still managed to make sure, with a wagging finger,  that I ate like a local and consumed the tails and the heads of the shrimp he served. I had come a long way from fish and beer for breakfast.