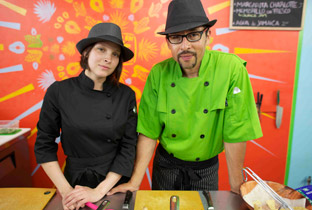 There is a lot to be savoured at the small food court behind Pancho’s Bakery in Kensington Market, including veteran chef Francisco Alejandri’s much-lauded Agave Y Aguacate. It’s probably the market’s worst-kept secret, and it's not hard to see why. Alejandri and his sous-chef Clea Stuart have been dedicating nearly all of their waking hours to the takeout-only spot. The duo launched a new summer menu yesterday, so we checked out some of the offerings. 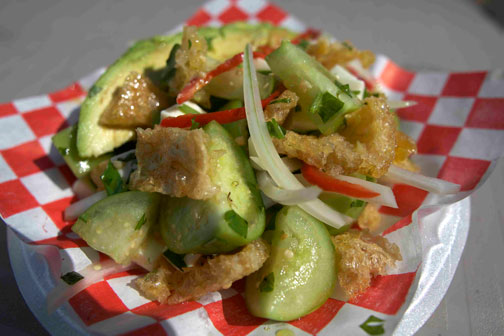 The hardest part about making this Mayan pumpkin seed dip, Alejandri says, is finding the right vegetables. “We go to the market every day and hand pick every single thing. Everything has to be to our standard.” The chefs broil some tomatoes and habanero peppers until they’re dark brown or blackened (not burned), then add some toasted pumpkin seeds. The mixture is finished with chives, coriander and salt, and it comes served with Abby’s Tortillas (ingredients: stone-ground corn, lime and that’s it. If you're a fan, they're available from McKechnie Foods in Aylmer, Ontario). “They’re the best tortillas we’ve ever had here in Toronto,” Alejandri says. $5.50. 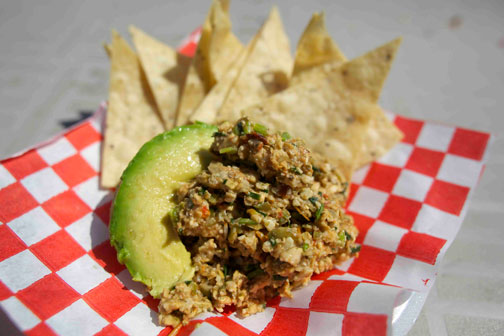 This dish is a throwback to Alejandri’s homedown of León in central Mexico, where it’s very popular. A regular cucumber is peeled; its seeds are scooped out and it’s then seasoned with lime juice, piquin chilis, white onions, finely grated manchego cheese (from Global Cheese Shoppe) and pineapple vinegar. Alejandri makes the vinegar at home out of pineapple skin, piloncillo (palm sugar) and water — it takes about a month to ferment and he uses it for this dish only. “I told my sous chef yesterday: this isn’t easy, but it’s worth it.” $5. 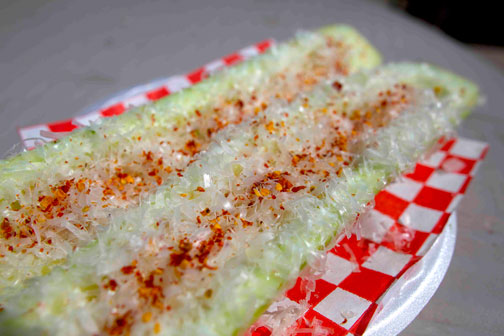 To start this dish, a broth of water, onion, coriander and garlic is brought to a boil. A handful of shrimp are dropped in and the heat is turned off; the shrimp poach for about around two and a half minutes. Then, they’re immediately plunged in cold water to halt the cooking process. They’re then taken out of the water and tossed in a red escabeche (a concoction of vinegar, oil and ancho peppers pureed with cloves, black pepper, garlic and onions). When they’re ready to serve, the shrimp are tossed with a bit of lime juice, coriander and crushed peanuts. An avocado is cut right in half, and the shrimps are placed in the bulb’s cavity with crema fresca, a thin Mexican sour cream. A sprig of coriander completes the presentation. $7. 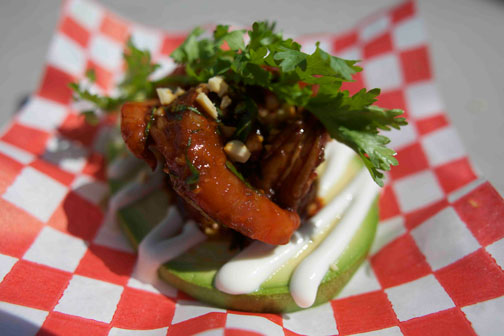 Fish filets — in this case, basa — are salted on both sides with kosher salt (it’s not as strong as sea salt) and left to sit in the fridge for an hour so that the salt can remove water. The filets are then pat dried, cut up and submerged in hand-squeezed lime juice. It’s left to soak throughout the day and has to be stirred every hour to avoid coagulating. The fish is strained and tossed in a green paste comprised of coriander and mint leaves — no stems permitted — that are ground by mortar and pestle with habanero peppers and sugar. After that, fresh lime juice, white onions, tomatillos and avocado are added, with a touch of olive oil at the end. Served with tortilla chips. Interesting fact: the colours of the three aforementioned items showcase the colours of the Mexican flag. $10. 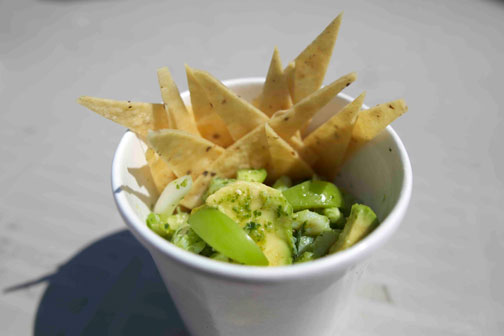 Alejandri is a fan of dessert — growing up, he recalls, he only got to taste it during Christmas. This one appeared on the previous menu in a slightly different form as the lime charlotte. The new version is made with pretty much the same process, but with a margarita’s zing: the custard is made with condensed and evaporated milk, lime juice, Jose Cuervo tequila and Cointreau. That custard is layered with biscuit; it’s like a Mexican tiramisu, Alejandri says. $3. 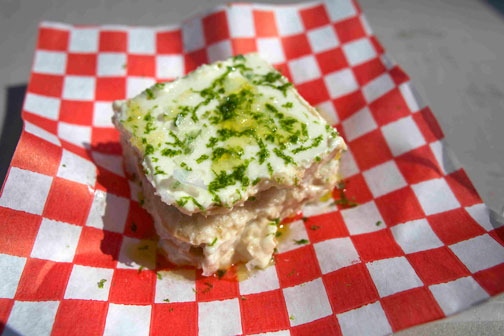 This dessert of membrillo (quince paste) set atop a slice of fresco cheese was the sous-chef's idea, Alejandri says. It's garnished with a coriander puree (coriander leaves, olive oil and a bit of sugar). $3. 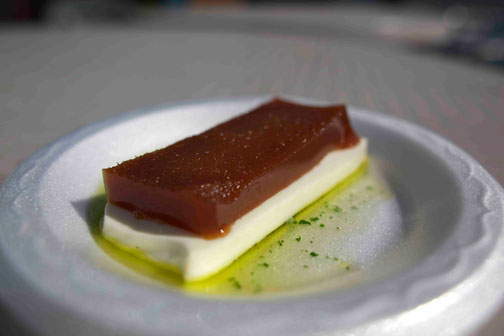 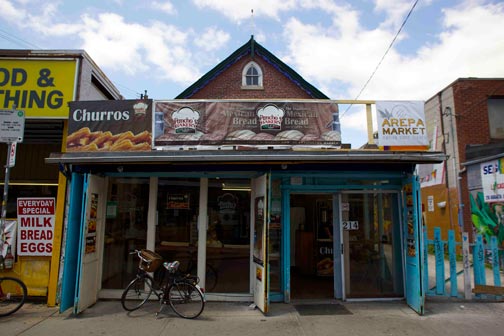 To find Agave Y Aguacate, walk into this building and head to the back