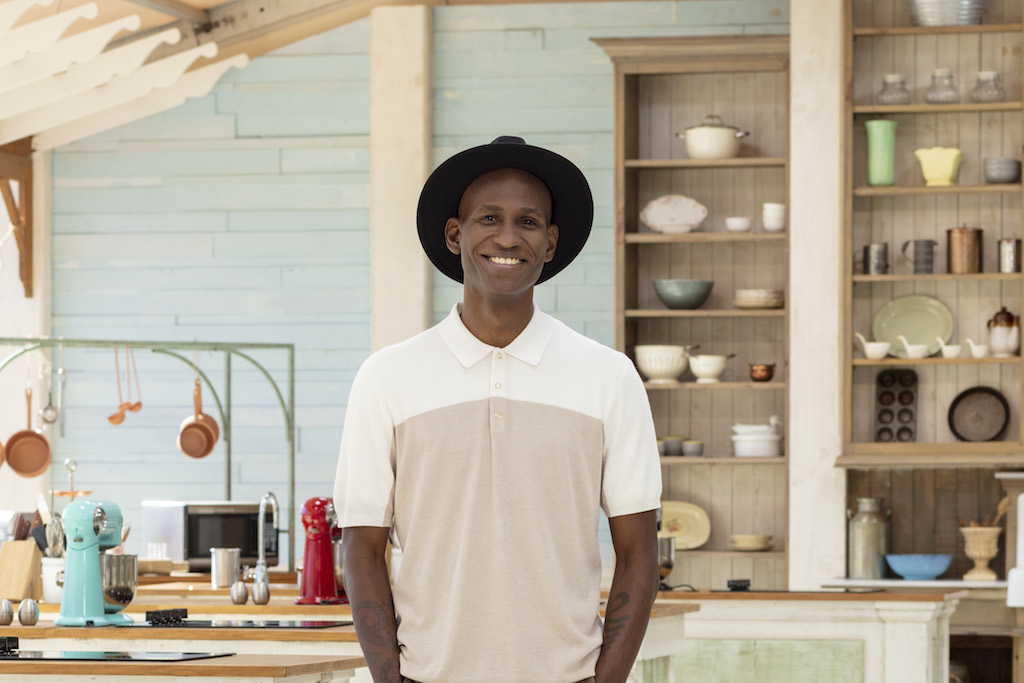 A new season of CBC-TV’s Great Canadian Baking Show is underway. This season, one of the new co-hosts is Alan Shane Lewis alongside Ann Pornel.

For this new column, we asked Lewis to tell us the types of things he is consuming while squirrelled away in his Toronto home during the pandemic.

EATING: During the pandemic I have become a creature of habit. Eating from a rotation of different local spots. I find that when you try too many things, especially over a food delivery app that you can run into not too pleasant meal options and that risk is often not worth the reward. Especially if it’s late night and you can’t muster up the energy to cook yourself something. So lately I’ve been eating from places like Gabby’s and getting their southwest chicken bowl, La Cubana for their pressed Cubano sandwich, Wylie’s Pub for that simple pub food — their jambalaya and Thai chicken plate. Rounded out with New Sky Restaurant for their spicy chilli chicken meal, and Liberty Eats whenever it’s past 1 a.m. and I am HUNGRY. Also, shoutout Rudy’s and Burger Drop.

DRINKING: What we drink has become more simplified at our place. Lending more to just picking up cans and bottles of our favourite wines and beers. I’ve fallen back in love with stouts and have been drinking my Guinness. It’s just comfort beer at this point. I used to tie one on at a bar right beside our theatre after shows so bringing that back into rotation reminded me of simpler (yet still chaotic) times. Also, I’m a huge fan of sour beers and buy Jelly King’s from Bellwoods Brewery any chance I can.

STREAMING: I’m a huge fan of TV and movies. Recently got into Superstore when it dropped on Netflix. Ramy is a fun show that once I was introduced, I binged it all in one go. I have a bunch of shows that comfort me that I put on like The Simpson’s. I’ve been a huge fan of it my whole life and even have a few Simpson based tattoos. Bob’s Burgers is great and it’s becoming one of my favourites.

Before the pandemic a friend had lent me a copy of his King of the Hill DVDs so I fell back in love with that show. Still holds up and I have a greater appreciation for some of the characters and jokes. Just gonna rapid fire more cartoons because I’m seriously a grown child: the Amazing World of Gumball, Animaniacs, American Dad, and really enjoyed The Midnight Gospel early quarantine.

I’ve consumed podcasts less over the year because they were the things I put on when I cooked or was commuting but I still try to listen to The Daily, No Dunks Inc. and my favourite The Weekly Planet. A fun Aussie comic book and movie podcast.