Toronto's queen of organic cannabis talks pot, sexism and life as a mother from Forest Hill | TRNTO.com
Skip to content 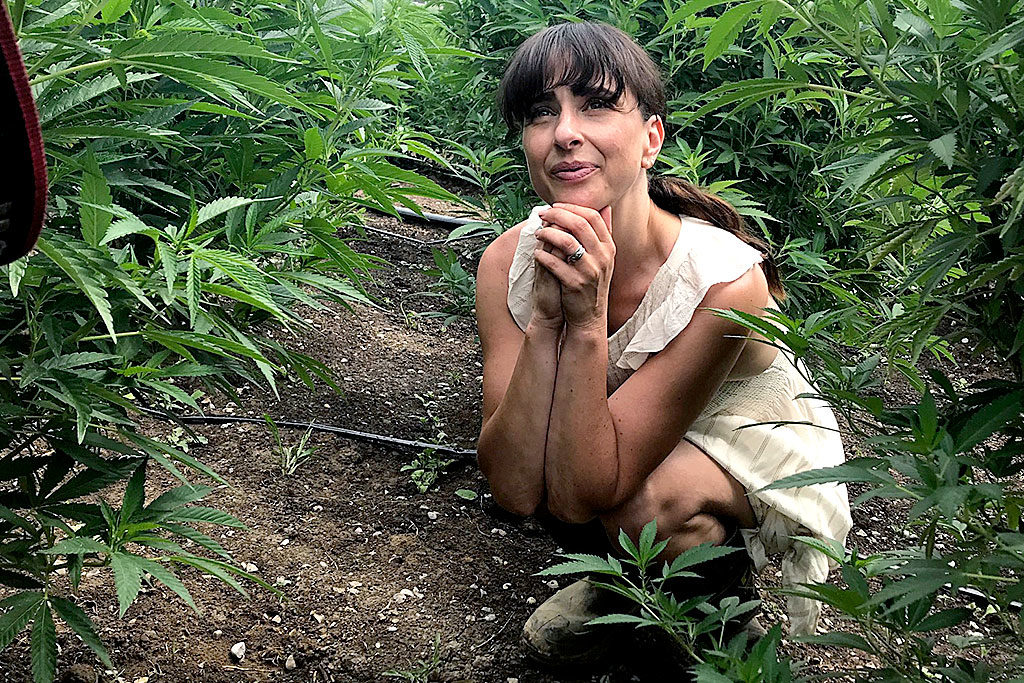 Alison Gordon is the CEO of 48North, the cannabis growers behind the world’s largest legal crop of organic marijuana. We checked in with the Forest Hill mom about trailblazing, sexism in the industry and the best munchies around.

How does it feel to operate the largest legal cannabis farm in the world (outside of Hamilton)?

It’s super exciting to be growing on that scale outdoors. It’s a different energy than growing indoors, feels less criminal.

You know how in the indoor facilities you have to wear those hazmat suits to enter and gloves and hairnets? Well, outdoors has this real energy. It just feels more natural to grow weed that’s been kissed by the sun.

You think there’s an appetite in the legal market for organic cannabis?

In California, they can’t keep it on the shelves. And there’s a trend toward organic, vegan, plus it’s perceived as being more natural — and produces stronger terpenes.

What’s one thing people get wrong about cannabis a year after legalization?

There’s confusion about what’s legal. People tell me it’s legal to buy there [at an illegal dispensary such as Toronto’s Café], and I’m like, “No it isn’t!” Although I guess now they’re right, but there’s confusion about legalization because there was so much media that Canada has gone legal that there’s a perception that everything is legal, and that’s not the case.

And what do people still get wrong about weed?

There’s this perception of the people who use cannabis as lazy or unmotivated, the typical stoner mentality, and it’s amazing to me because people like myself — I’m the CEO of a company and I’ve raised $70 million — clearly I’m not sitting on my ass, but when I say I’m a regular cannabis user I get a vibe that people are like, “Oh my God.” I think it takes time to break that stigma.

Where are you in the city again?

Christie and Davenport. And I grew up in Forest Hill.

What do the neighbours think about the mom who smokes pot?

I think, as my career evolves and investments I’ve made, even prior to being here at 48North, have come to fruition, even my dad is like, this industry is not normal. Maybe tech had a similar thing. I don’t think this is a good thing; however, I think it’s true: once you have a commercial success, people look at the situation differently.

So are neighbours asking you for weed stock tips?

Definitely people come up to me. I’m not famous, but what does happen a lot is young women approaching me who want to get in the industry.

Is there gender equality in the industry?

Cannabis is a capital intensive industry, and with banking and finance, unfortunately, certain things rule that world and as a result rule our industry too. Our industry is male dominated, and it always has been, and it doesn’t seem to change. But one of the things I say is I was a PhD dropout, but at least I got in [the cannabis industry]. I started Rethink Breast Cancer, and we grew it into a national organization. It’s not like I didn’t have accolades, but one of the things I never understood was the financial markets.

Have you experienced lots of sexism?

The opposite because in 2013 or 2014, the “gold rush” or “green rush” with legal weed, I was the only woman in the room, the only female CEO presenting to these bankers, and it was a differentiator — that’s how you turn sexism around.

What about when you can’t?

I’ve been winked at, and the bankers will put their hand on your back to say hi and you’re like, YUCK! Those things aren’t fun, but they happen. I turn it into a win.

I hear your son in the background. He’s 14. What do you tell a teenager about weed?

He knows. And I mean, I started using cannabis around that age, 15 or 16, and I’ve been regular, like I never went through a phase where I stopped or picked it back up. I never dropped it, so I’m just honest with him and want him to be honest with me.

Honestly, where’s a good place to eat in your ’hood with the munchies?

OK, where’s a good place to go out.

Fat Pasha. We eat there a lot.

If you could put a legal dispensary in any Toronto area, where would it be?

Forest Hill village would be fun. It doesn’t have the best foot traffic, but it’s where I grew up. How great would that be.