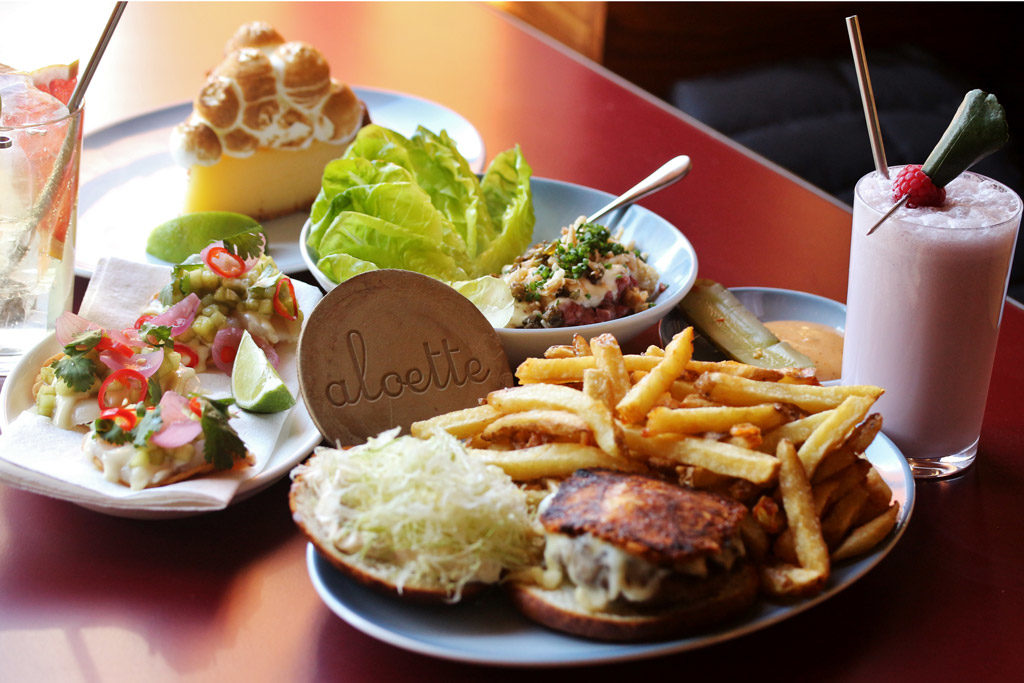 Beloved Queen West diner Aloette is set to open a new location in the coming months. Sister to upscale French restaurant Alo, which regularly ranks among the top restaurants in the country, Aloette first opened its doors in 2017.

A more casual concept than Alo, Aloette is known for its menu of fancified diner fare, which includes dishes like fried chicken with yuzu honey and a burger topped with griddled Beaufort cheese.

Alo Food Group has been quick to pivot its restaurant concepts amid the extended dining room shutdowns over the past 10 months. Alo was among the city’s first fine-dining restaurants to pivot to a pre-fixe takeout program when it launched Alo at Home last April. Alobar is offering similar multi-course takeout meals, along with a small à la carte menu via Uber Eats. The original Aloette also continues to be open for takeout and delivery.

According to Aloette’s website, the second restaurant will open sometime this spring in Liberty Village.