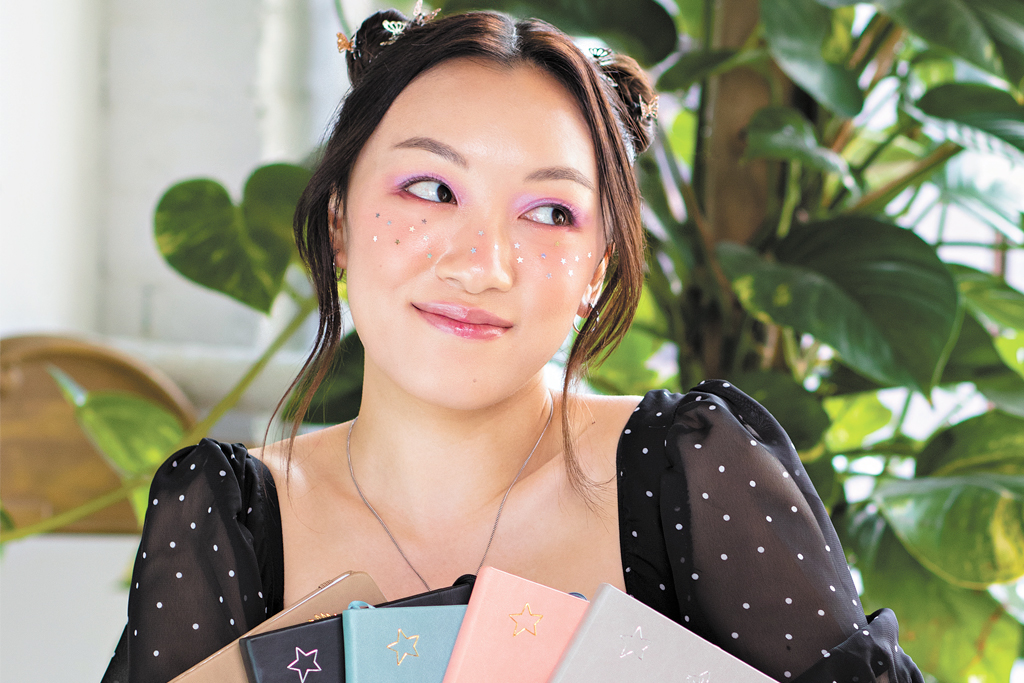 When Amanda Rach Lee, a YouTube creator best known for her bullet journaling videos, started filming her own channel on YouTube in high school, it looked very different from today.

“There were some DIY videos [I did], some beauty and fashion videos, some lifestyle videos. It was kind of a mishmash of everything,” Lee says.

That first year, she says she didn’t even tell her parents what she was doing.

“I was secretly filming in my bedroom whenever they weren’t home, whispering and secretly posting videos.”

Lee’s channel grew in popularity pretty steadily over the years, but when she reached the end of high school at Earl Haig Secondary School, she found her niche — bullet journaling, a personal organization system that combines scheduling, reminders, to-do lists and more.

“I had discovered bullet journaling and I made one video about it, and there seemed to be a lot of people who were interested in it,” she says. “So I kept doing those while still doing the beauty and fashion videos.”

Lee says she realized that most of her viewers were interested in her art and bullet journaling, so she focused on those areas. By the time she was graduating high school at Earl Haig, Lee decided to defer business school for a year and focus solely on YouTube.

“I did well academically in school and applied to all great schools. So I think to a lot of people, including my parents and even myself at times, too, it was kind of like, ‘Is this a waste of time?’ ” she says.

But Lee says that, by the end of her first year out of high school, she realized YouTube could be her full-time job.

“It was really fascinating to me because I went to an art program within [Earl Haig] called Claude Watson, so I was doing visual art every day in high school. So it was kind of funny that after I graduated from high school, I ended up still doing art every day,” she says.

“I’ve always been a planner person, even growing up in school, when they would give you your little school planner, I would find ways to customize it. So when I saw a video on bullet journaling, I just felt like I needed to do it.”

Lee says her style of bullet journaling combines art and creativity with planning and that’s what draws her viewers.

Her following, now at almost two million, grew so much that Lee was able to launch her own brand of stationery last year, starting with a doodle planner.

“It kind of does go full circle because that first year, when I had taken a year off, I was meant to go to business school, and I ended up learning so much about business just through last year’s experience.”