An inspired guide to all things environmental | TRNTO.com
Skip to content 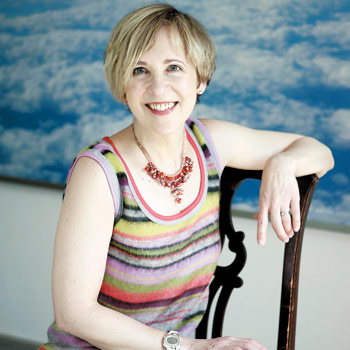 FRANKE JAMES IS an artist, a writer, and most importantly an environmental activist.

And her new book, Bothered By My Green Conscience, published in late April, sums up her vision perfectly.

Her environmental activism started in 2005, when she and her husband decided to renovate their North York home.

“We had an energy audit done on our home,” James says. “We got the worst score we could get, so we decided to renovate. While renovating, I started to read a lot about climate and realized it was going to be the defining issue of the 21st century.”

James started blogging about her findings, and found she had more to say about the issue than she realized.

“My first article was 5,550 words,” she laughs. “I was practically writing a book right then — it was about the fear of global warming.”

Bothered By My Green Conscience mixes James’ stylized drawings with photos and text, and demonstrates how we can meet the global warming challenge by using our imagination and being creative. The book is broken down into five different essays. Every topic she writes about is personal, and even funny.

A book can make a huge impact on the world, she explains.

James introduces us to “greeneccentric glamour”— discovering your glamourous, green self.

Another section is about her family giving up their only car.

“My brother called me a treehugging whack job when we sold our SUV,” she says.

James can laugh off the occasional sarcasm because she knows that she is doing something incredibly valuable, not only for her generation, but the next

Perhaps the most profound section in her book is: “To My Future Grandkids in 2020 — an environmental time capsule”. “They’re going to ask us why we didn’t pay any attention,” James says. “It would be a crime if we didn’t.”

“It’s a beautiful thing to look back in hindsight,” she says about her mission to better the environment. “I can’t change the world or Stephen Harper, but I can change my lifestyle.”

James has voiced her messages at environmental conferences and to students at universities.

“I tell them to nurture their inner Alice in Wonderland,” she says. “I am just so impressed with young people who are incredibly active.”

James has a Master’s degree in fine arts from the University of Victoria, and lives in Toronto. She has two daughters in their 20s. It is no surprise that they value the benefits of living green, especially with such a proactive mother.

On her impressive list of accomplishments is winning permission from Toronto City Hall to build a green driveway.

What is that, you ask? A green driveway is made of something called PermaTURF. The driveway eliminates storm water runoff, which can carry toxic pollutants into sewers. Rainwater is absorbed into the soil, and in turn feeds trees and plants. It reduces the “green island” effect by eliminating concrete and asphalt. It is also known to up the aesthetic of the front of your driveway.

James will be going to Copenhagen Environmental Conference in December, and will be taking her education and admirable knowledge along with her.

Environmental conferences are always an inspiration for James.

She notes that the average Canadian puts the environment third on their list of priorities, but she is confident that with the right educational tools, that can change.

“That’s the beauty of what I’m doing: artists can take a message, artists can be communicators so it’s easier to understand. It’s more impactful that way.”

So what can we do first? “Do the hardest thing first,” she says. “It’s more fun, more inspiring.”