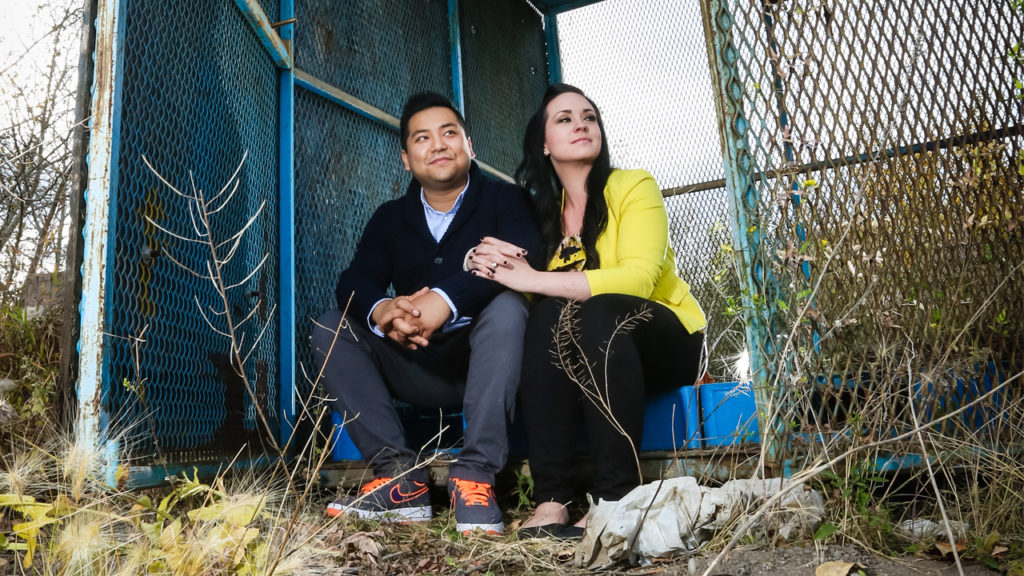 The critically acclaimed Toronto series Kim’s Convenience has officially come to an end, and we caught up with Andrew Phung who plays the character Kimchee. Phung is also nominated for Best Supporting Actor at the Canadian Screen Awards which will air May 20. Originally from Calgary, Phung moved his family to T.O. while filming the show. Here’s the story of how he met his wife Tamara.

We met at the club! We met at a nightclub called Outlaws in Calgary. I was there celebrating a birthday, and Tamara was there with some friends. We both wanted to skip out on the evening but decided to go. We shared a mutual friend and were introduced. I really wanted to impress Tam, so I broke out some sick moves to a Jamiroquai song. I ended up slipping in a puddle of beer and fell flat on my back. Like feet in the air, slapstick fell on the ground! I made a choice to get up and dance my embarrassment away in an attempt to look cool. It worked!

Our first date was on June 1, 2005. We went on a classic Calgary date. Kicked it off with a walk in Prince’s Island Park, tossed the Frisbee around, hit up the arcade and then ended it with a slice of pizza from Wicked Wedge. We would often recreate that date throughout the years.

We were both in our final year of university and took every chance to spend time together. Every Thursday she’d finish work and drive over. We’d order Indian food and watch The Office. From there, we’d spend the entire weekend together. I would do improv on Fridays, and she was always in the audience. Hearing her laugh was perfection. On Monday morning she’d drive off to work. I hated it. I hated not being with her. After a year, I asked her to move in, and three months after that we bought our first place together.

I was so nervous to do it. I had thought of like 10 different plans to propose. Some involved a cappella groups, one involved a Hawksley Workman concert. But I wanted to do it with friends and during something we both love — games night! We play this game called Celebrity where you have to guess the name on the piece of paper. I kept describing her, over and over. And then finally I said it was the person I wanted to spend the rest of my life with. I’m crying just thinking about it!

We were married on June 1, 2013, exactly eight years after our first date. We got married at Hotel Arts in Calgary. Our honeymoon was a three-week trip to Chicago, New York, Boston and Toronto. We both love exploring cities, and it was a dream trip.

We have two boys. Nico is seven and Mateo is four. 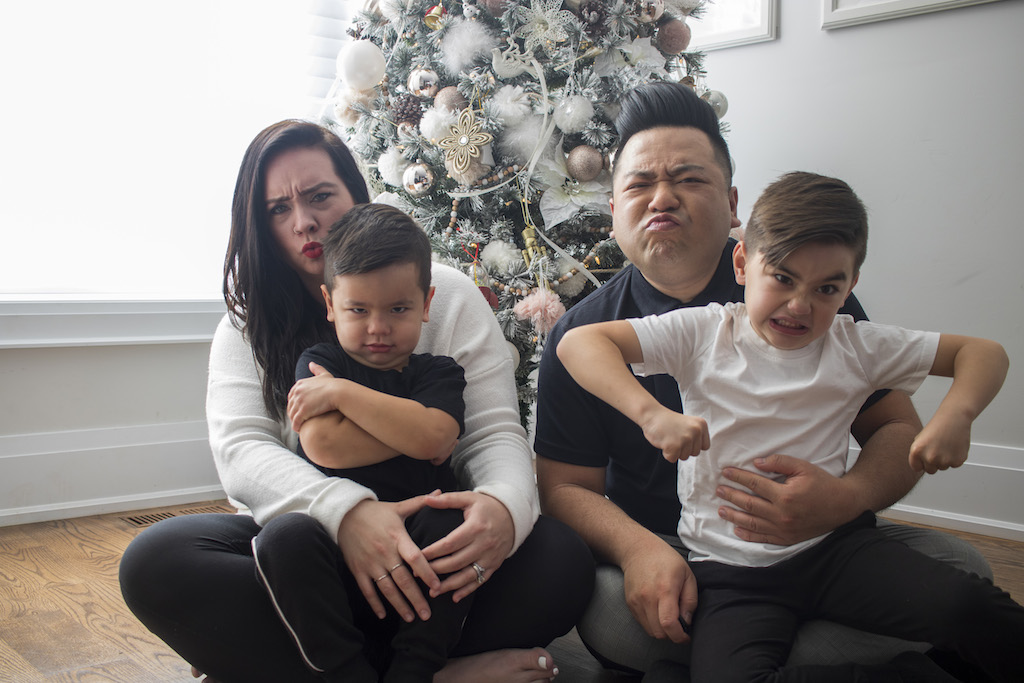 I think it’s about boundaries. Balancing your career and marriage isn’t easy. For us, we set hard boundaries for family and personal time. When we’re with our kids, we’re with them. It’s the same for personal time like date night or even watching a movie together. If one of us has to do something, the other partner supports them to do it.

We share a lot of things in common and we love doing things together. But we also have a lot of our own interests, which is really fun. Tam loves interior design and decorating. I love pro wrestling and sneakers. Very different things, but those are unique to us. Partners having their own thing is something we both think is key to healthy relationships.

No secret. Just love and support. It sounds cheesy, but we just love being together.

Tune in to the Canadian Screen Awards on Thursday, May 20 at 8 p.m. to see if Phung takes home the award for Best Supporting Actor at academy.ca.