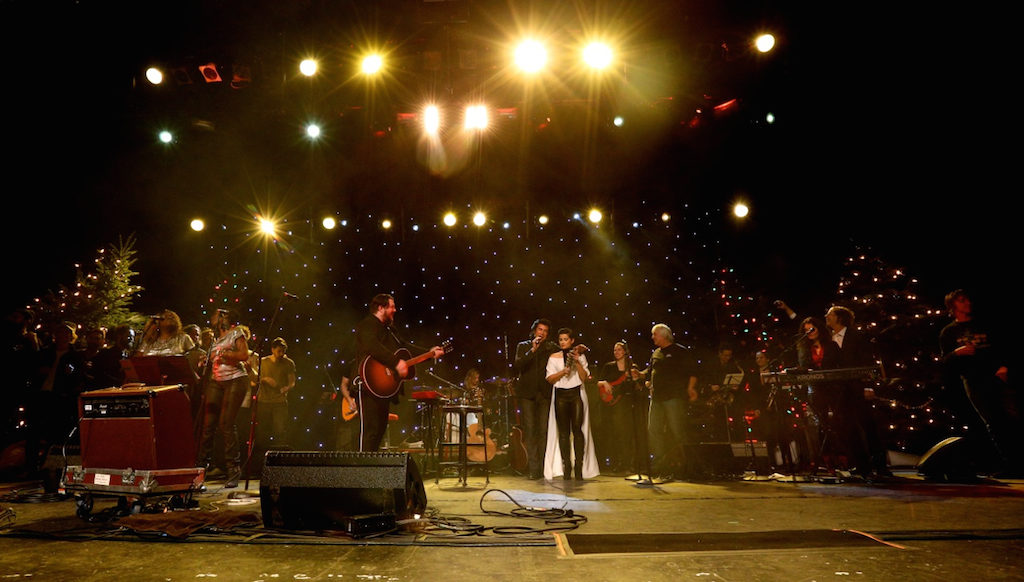 Thirteen years ago, Toronto musician Andy Kim decided to put on a little holiday show so he wouldn’t feel so down over Christmas. It’s turned into one of the city’s favourite mistletoe-trimmed events.

“The first one was kind of my reaching out to some of the musicians I had just met,” says Kim, who at the time was new to the city, having moved to Toronto after living in New York City and Los Angeles.

“Christmastime is a melancholy time for me, for whatever reason. Having just met Ron Sexsmith, I thought to myself, maybe we can go somewhere, strap on our guitars and sing songs.”

According to Kim, the first show (at the Mod Club) was supposed to be a one-off, but it was so successful that he was asked to do it again. The formula is simple. The music community in Toronto (and Montreal, for the fourth year) gets together. Each artist plays a couple of songs, and all the proceeds go to charity.

This year’s concert, at the Queen Elizabeth Theatre on Dec. 6, will be hosted by comedian Seán Cullen and will include performances by Sexsmith, who has only missed one show, along with Hawksley Workman, Danny Michel, the Strumbellas, Platinum Blonde, Choir! Choir! Choir! and the Sheepdogs.

“Lucky 13. As I look back I'm awed by the magic and spirituality of this one idea,” says Kim, who had a string of nine Billboard hits including chart-topping song “Rock Me Gently.”

“I ask my fellow Canadian artists to help me help our community. Giving is always the best part of an artist’s life, and knowing that we’ve raised over $700,000 through the years makes it all worthwhile.”

“I never really had any experience putting on a show, but it’s kind of been like my life,” says Kim. “One moment at a time, and if you dream it, wonderful people will come into your life and help you get there.”

New Constellations
This fledging tour, from the Jason Collett Basement Revue team, pairs Indigenous artists with a rotating cast of musicians and writers. The Toronto stop of the tour, on Dec. 20 at Massey Hall, features Feist, Weaves, Elisapie, Leanne Betasamosake Simpson and many more.

Riverdale Share
This popular local event is slated for Dec. 3 at the Danforth Music Hall and features folkie legend Murray McLauchlan along with Julian Taylor and Kim Stockwood, among others.