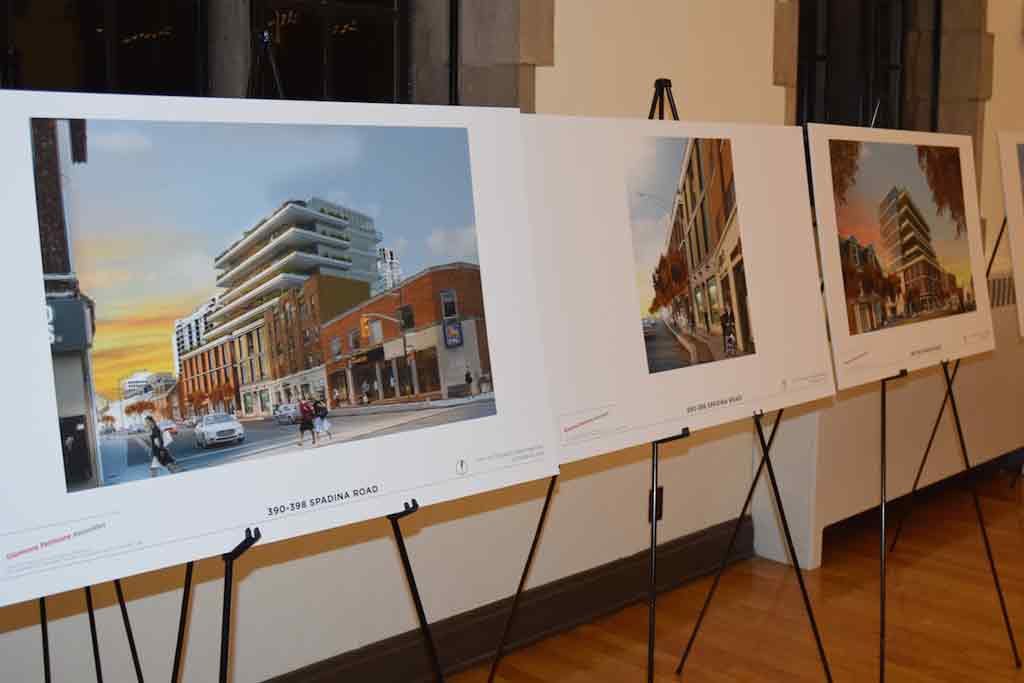 A community consultation meeting on Oct. 20 in Forest Hill saw approximately 100 angry residents voice their concerns about a nine-storey building proposed in the heart of the Lower Village.

The development for 390–398 Spadina Rd. by Armel Corporation, calls for 46 residential condo units and ground floor commercial space on the corner of Spadina Road and Montclair Avenue — where a two-storey building has sat empty for years.

Many residents at the meeting expressed their fears that this development could be the beginning of the end for Forest Hill Village’s small-town feel.

The urban design guidelines for Forest Hill Village, initiated by Coun. Matlow and adopted at Toronto City Council earlier this year, dictates no development should be above four storeys on that strip of Spadina Road, which Matlow noted the proposal does not adhere to.

Ralph Giannone, principal architect on the project, said the building would be a bridge between the apartment neighbourhood to the south, and the “intimate main street experience” on Spadina Road.

He argued it would provide “empty nesters” with a low-maintenance living alternative within the area.

But Joe Hill, co-owner of the building next to the site at 60 Montclair Ave., said allowing leeway to an owner who left one of his buildings (390 Spadina Rd.) “to rot in a vibrant neighbourhood” would be “rewarding bad behaviour.” Other residents spoke out against the density and height of the proposal, and traffic was a prevalent concern.

Although Giannone said his client hopes to beautify the derelict building and widen the back laneway to accommodate traffic, Coun. Mihevc said the proposal in its current form will not stand.

“I hope the owner is listening and comes back with something reasonable,” said Mihevc. “For now, the ball is in the developer’s court.”