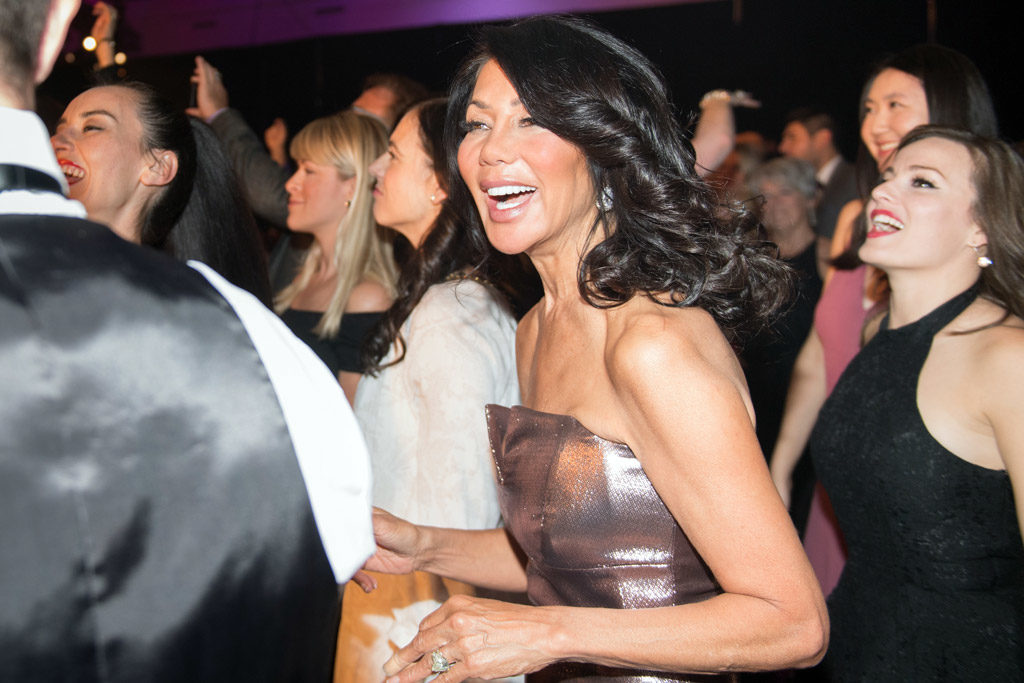 The Mirror Ball is one of Toronto’s most prestigious beauty and fundraising events and took place over the weekend. The charity event honoured Look Good Feel Better (LGFB), an organization that helps women and teens dealing with cancer feel more like themselves during and after treatment.

The annual event plays a critical role in helping fund this organization, care of generous sponsors, $10,000 tables and auctions throughout the night. And this year, Ann Kaplan of The Real Housewives of Toronto volunteered her time to be involved, as LGFB celebrated its 25th anniversary at the sold-out event.

Kaplan lost her sister to cancer three years ago this week and adopted her late sister’s two kids (making her a mom to eight!) –

She invited me to her Post Road home as she got ready for the gala, tried on different looks and answered some of my questions about the event and organization.

We discussed how LGFB played such a big role in her sisters final days, what her involvement is and asked the always-camera-ready personality for her top five tips on getting ready for a big event.

Why is Look Good Feel Better such an important organization to you?

Three years ago, my sister was in late stages of colorectal cancer. The doctor had given her a very short prognosis, and when I was visiting her at the hospital after she was told she had only days to live, she had basically thrown out her wig and had given up.

Knowing the toll everything had taken on her, I asked if she’d like to go wig-shopping for a more stylish one, and her eyes lit up. When she got the new one, she was smiling ear to ear care of her new-found look as she donned the wig.

After seeing her reaction, I immediately asked her if she wanted to go to the mall, and you’d think I had handed her the winning lottery ticket (and basically, with the clock ticking, it was.) We got to the car in the hospital parking lot, folded her wheelchair, lifted her to the front seat and went to Hillside Mall for the “trip of a lifetime.”

She got a manicure, her makeup done, bought gifts for her children and had a full head-to-toe makeover. It was heartwarming and delightful to see the makeup artist fit her in immediately and the nail salon accommodate. We laughed, chose a French manicure and an elegant, subtle-face look, and – as she looked in the mirror with her new hair, freshened look and perfect nails – she smiled that ear-to-ear smile. “Smokin’ hot,” was the one and only thing she said in response to seeing her glammed-up look. But her look said it all.

She was alive, and while she was with us she wanted to live life while looking alive.

It’s a small thing, but I feel that my sister had the best send-off. We continued, we shopped and we laughed until the pain crossed her face, then we packed it up, “smokin’ hot” and me. That last drive back to the hospital was her last trip. I will not forget that day. That day is what Look Good Feel Better does for so many. 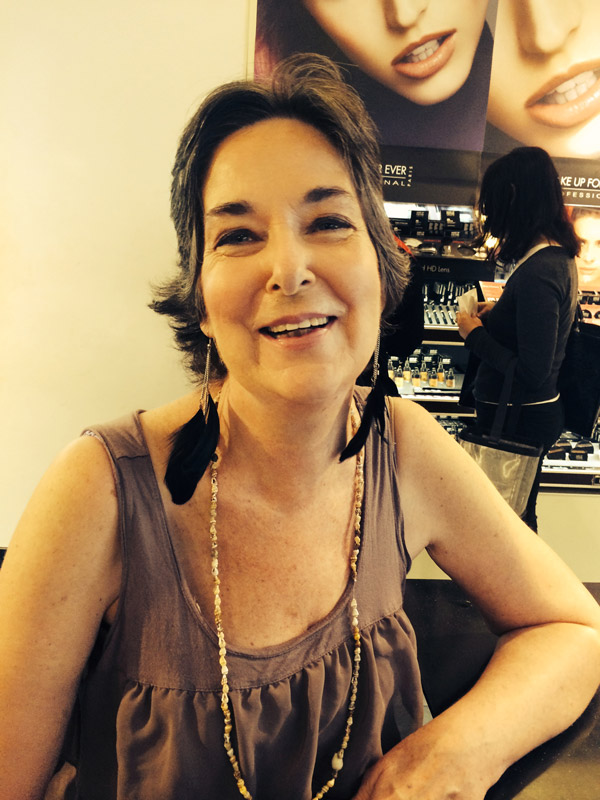 What is your involvement with LGFB?

I have been very involved when I owned and ran the New You Show – we hosted and contributed to Look Good Feel Better – I have also attended other hosted events. 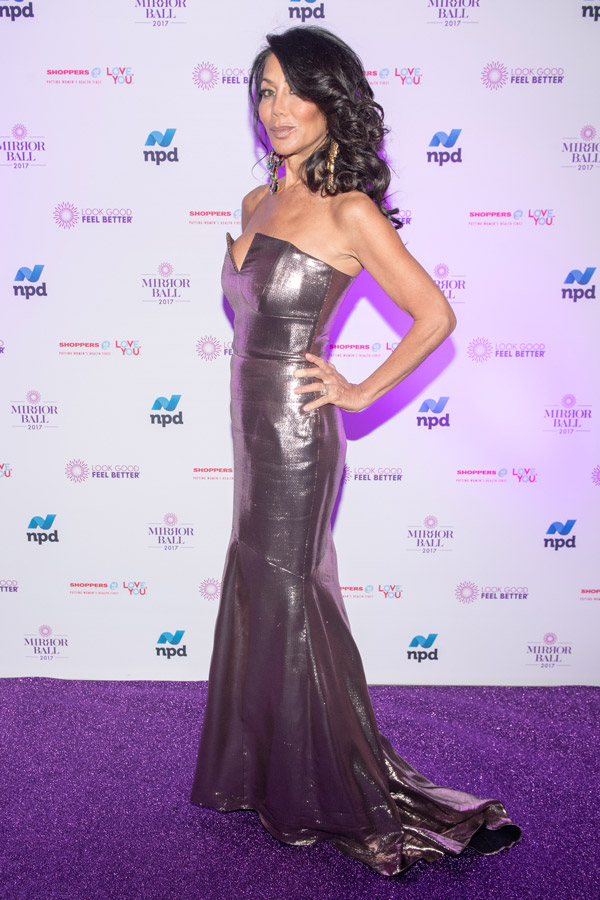 Ann’s wearing: Roland Mouret gown from The Room, Miu Miu shoes and Rita Tesolin earrings. For the event, she says “I wanted sparkly (shiny), comfortable (to dance).I love a train and this one was less cumbersome…I also wanted elegant – the earrings added some fun.” (IMAGE: RYAN EMBERLEY)

What are your top five tips for getting ready for an event?

After our event prep and chat, I met back up with her and her date (her son Keaton Kaplan,) at The Mirror Ball. 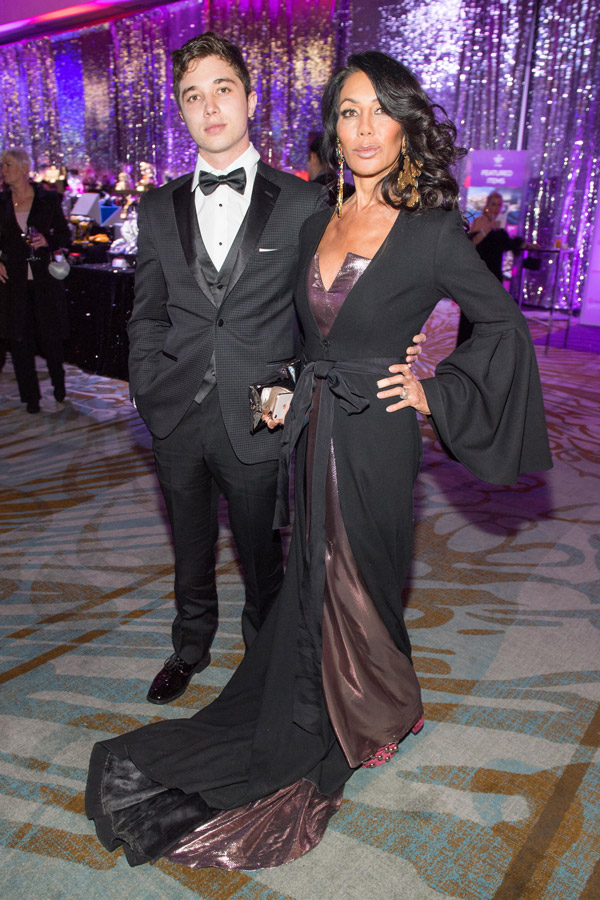 At The Mirror Ball as we ate our pre-selected vegetarian dinner and gluten-free bread (for her), Kaplan showed me snaps on her iPhone of her late sister before and after her final makeover. The confidence in her sister’s eyes – while wearing the chic, new wig and donning a lively look – not only shocked me but was ever-so empowering.

It’s mind-blowing, yet remarkable, that during such a time of pain, as the body and mind is going through changes out of one’s control, and is literally shutting down, that little things one can control (a wig, a mani, a makeover, and feeling more like oneself, as they were prior to the invasive treatments) can have such a positive, transformative and grand effect on the human psyche.

As the evening went on, before hitting up the dance floor, Kaplan and her son were seen sorting through the auction offerings on one of the many iPads on our table.

The sold-out event only started clearing out after midnight, and Cara Gee (who starred in CBC’s Strange Empire) as well as Kaplan and her son, were spotted tearing up the dance floor before calling it a night. 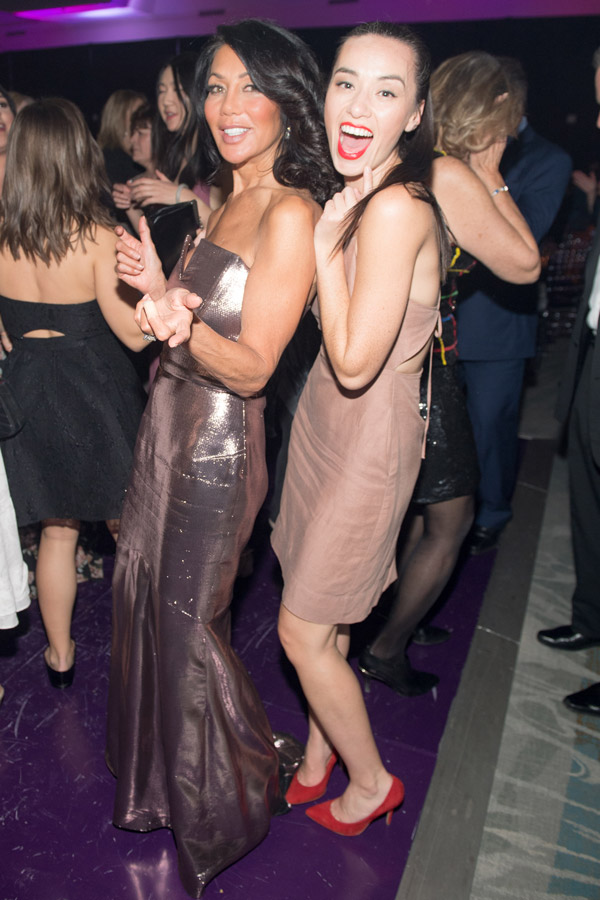 After the event, and after witnessing the emotional toll Ann faced while the other women currently coping with cancer spoke, I delicately asked her: “What was it like being at the event and listening to the other women speak about their battle and how LGFB has helped them?”

Her response? “I teared up a lot. The courage, the strength and the realization of a journey that many had taken to be able to reach the point that they could tell their story really got me. It didn’t escape me that these women – the women laughing, dancing, speaking, hugging and talking – were living life. The gift of life. These women are my heroes.”