Anne Michaels on her work as Toronto's poet laureate - TRNTO.com
Skip to content 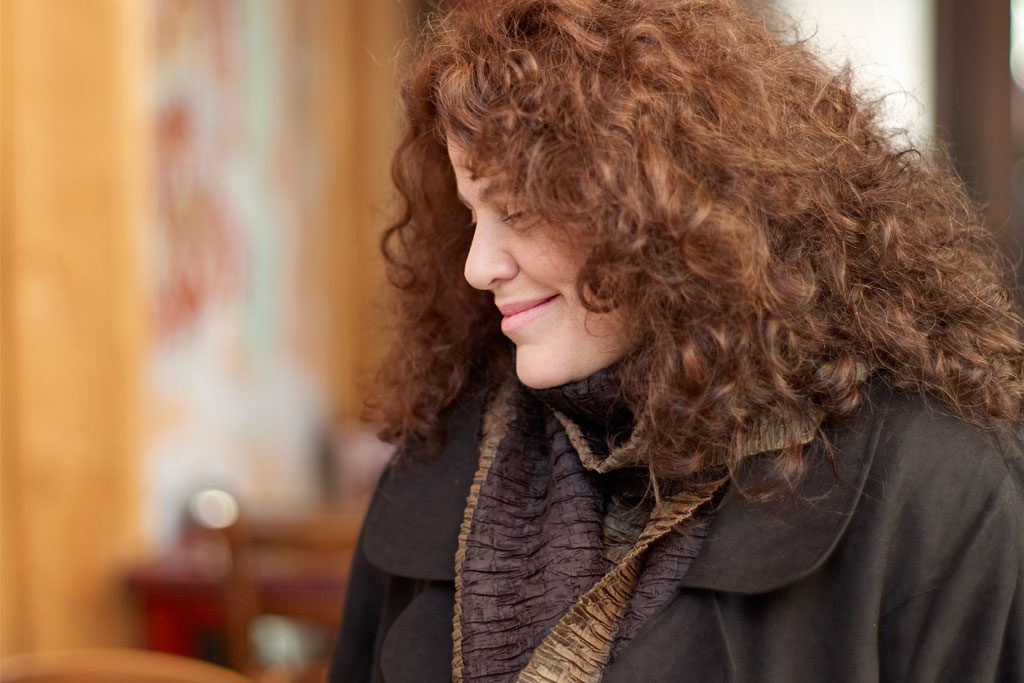 Toronto’s current Poet Laureate, Anne Michaels, was a diligent Vaughan Road Collegiate student who still fondly remembers the teachers who made an impact on her. She lists all-star teachers like Wayne Fairhead, Gordon Cameron and Helen Porter, who made her time at Vaughan Road a very special experience with their brilliance, devotion and sophisticated curricula.

During her time at Vaughan Road she was also composing music for the Inside Outside Theatre Company.

After high school, Michaels, who always had a sense writing was her calling, attended the University of Toronto to study English literature.

Although composing music was a formidable passion for Michaels, writing poetry and prose was her prevailing dream. So she opted to put pen to paper and develop her craft, instead of pursuing academia.

“I was ready, I thought, to learn on my own,” she says. “I knew there were years of work ahead that would just be writing, revising, researching.”

After publishing her first few award-winning collections of poetry The Weight of Oranges, 1986, and Miner’s Pond, 1991, she decided to pursue longer works of fiction, to shake off the limitations of poetry.

“What I wanted to say and how I wanted to say it could only be projected in a novel,” says Michaels. “I needed hundreds of pages to get across material that was difficult to face and comprehend.”

Her debut novel, Fugitive Pieces, was released in 1996 to intense critical acclaim, winning dozens of awards, including the Orange Prize, Guardian Fiction Prize, the Trillium and was shortlisted for the Giller Prize. The novel was also adapted as a screenplay by Canadian director Jeremy Podeswa and was the gala opening at TIFF in 2007.

For the past three years, she has been granted the immense honour of representing Toronto as Poet Laureate.

“It’s been a very interesting role. Those who hold it can make of it what they wish. For me it’s been about celebrating the many languages of literature in Toronto. There are over 200 languages used in this city,” Michaels says.

She is working to bridge the gap between Toronto’s many cultures and languages and Canadian literature.

“There is a large Bengali population that has done wonderful events. Currently, they are publishing their own books in Bengali and English,” she says. “This would be such a great resource for the city.

Imagine the richness and power if other language groups did the same.”

Toronto’s Photo Laureate, Geoffrey James, the very first of his kind worldwide, is now working in collaboration with Michaels. The two artists will correspond in pictures and words to create a dialogue that will eventually become a work of fiction. The piece is operating under the working title United Marble.