Answering the call to ban cellphones in the classroom - TRNTO.com
Skip to content 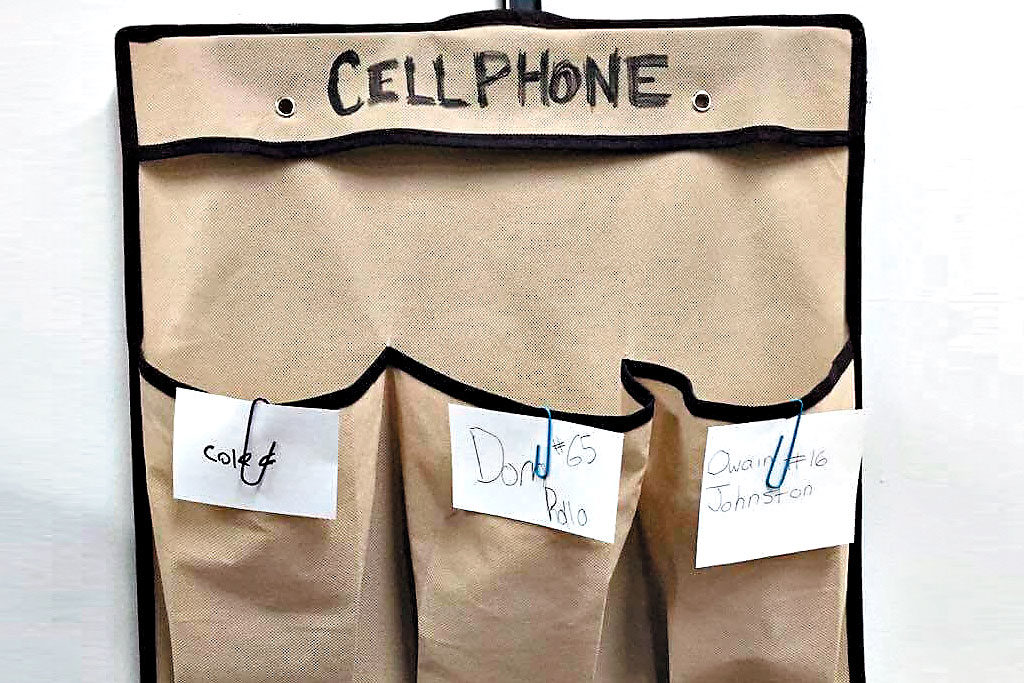 Technology in the classroom has been a hot button issue for years now. Recently, Earl Grey Senior Public School banned cellphones from its classes altogether, allowing only a short phone break during lunch, with restrictions. But is this the way to go?

Ryan Bird, spokesperson for the Toronto District School Board (TDSB), says the board believes technology does have a place in the classroom as long as the devices are being used appropriately.

“We strongly believe there is a role for technology in the classroom,” Bird says. “We have sets of iPads at some schools, sets of laptops at some schools, and there are some classes where a smartphone and something as simple as Google can be very useful in the classroom.” He notes it’s imperative to find a balance and recognize technology as an important tool while not letting it become a distraction. He’s also  confident teachers in the TDSB will take action if they see students using cellphones inappropriately in class. But it won’t be possible to control their usage completely.

“Are you going to be able to tell when it’s being used inappropriately 100 per cent of the time?” Bird says. “No. Kids had been talking in class decades before the invention of cellphones. The concept is not new; it’s just that technology has changed the game a bit.”

Shea O’Reilly, a teacher at Blyth Academy Downsview Park School for Elite Athletes, says cellphones often disrupt her classes. “I’d say cellphones are more of a distraction than anything. Kids are glued to them and feel naked without them. It’s a constant battle to tear their attention away from the screen and onto me during a lesson,” O’Reilly  says, though she admits the devices can be used as a teaching tool. “In French class, the kids use them as dictionaries to translate vocabulary words,” she says. “I also play a review game with my classes called Kahoot. The students sign in and  answer questions using the Kahoot app on their phones.”

In order to manage cellphone use in the classroom, Blyth has invested in shoe racks to use as “cellphone hotels,” where cellphones rest in  pockets labelled with their owners’ names during class. Although some students’ parents have become frustrated that they can’t reach their kids throughout the day, so far this has been the fairest compromise and best way to maximize classroom productivity, O’Reilly says.

“That seems to be the best we can do without banning the phones altogether.”

Scott Cowie, head of Upper Canada College’s senior division, says providing each of the students with a personal laptop has helped to decrease inappropriate cellphone usage in the classroom. “Here at UCC, we try to take a balanced approach with technology. We’re a one-to-one or a laptop school, and I think that essentially helps us manage the use of personal devices,” he says. He notes there are certainly guidelines around laptop use and a lot of that policy is implicitly transferable to cellphone usage.

“Students are usually quite receptive to that,” Cowie says. Although UCC generally encourages the use of laptops over cellphones, phones do have their place in the classroom. The school does not enforce any hard-and-fast rules around usage. “Students will film science experiments with their cellphones,” he says, “which they incorporate into their lab reports.”

In some cases, cellphones are part of the assessment. “Clearly, taking a position where we were banning them wouldn’t be effective and would contradict a lot of our learning objectives and aims.”