Anthony Rose in the process of selling the Swan on Queen West | TRNTO.com
Skip to content 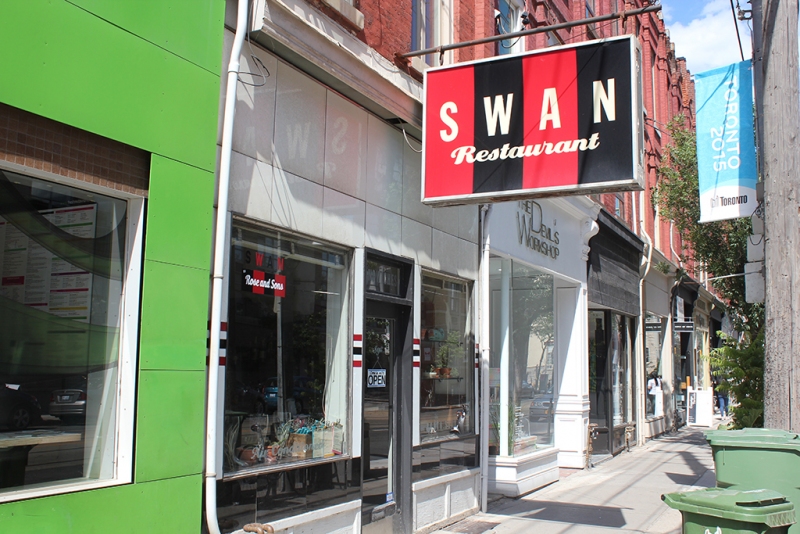 Veteran Toronto restaurateur, Glenn Dueck is in the process of buying the restaurant formerly known as the Swan from Anthony Rose and his partners.

Dueck plans a quick transition for the Queen West haunt. “I’m taking it over as is,” he explains and adds, “I physically take over on [June 5th] and we’ll be open the next day."

To start, he’ll hold steady on the same course Rose set and the menu and decor will remain the same. One shift he envisions is a greater focus on wine. “I’m going to be bringing in an entirely new wine list with some of the bigger wines, some of the Amarones [for instance], and pricing them at a point where people can afford to buy these bigger wines."

The change of ownership will also see the name revert to The Swan. A new back patio is in the works as well as brunch service on Saturday and Sunday from 9 a.m. to 4 p.m.

With time the menu will broaden considerably to add charcuterie as well as options, such as a vegan Reuben sandwich, designed to appeal to vegetarians, Dueck says.

In recognition of the close connection between The Swan and its Queen West neighbourhood, he plans to offer a picnic basket service (fully equipped with a blanket) for dining al fresco in Trinity-Bellwoods Park.

Dueck has been cooking since he was 11-years-old, trained as a sommelier in England and has worked an even split between front and back-of-house jobs in restaurants all over the world. He last worked at a Toronto restaurant in 2010 at the well-known Prego Della Piazza.