Arisa Cox dishes on hosting Big Brother Canada and what her plans are after the finale | TRNTO.com
Skip to content 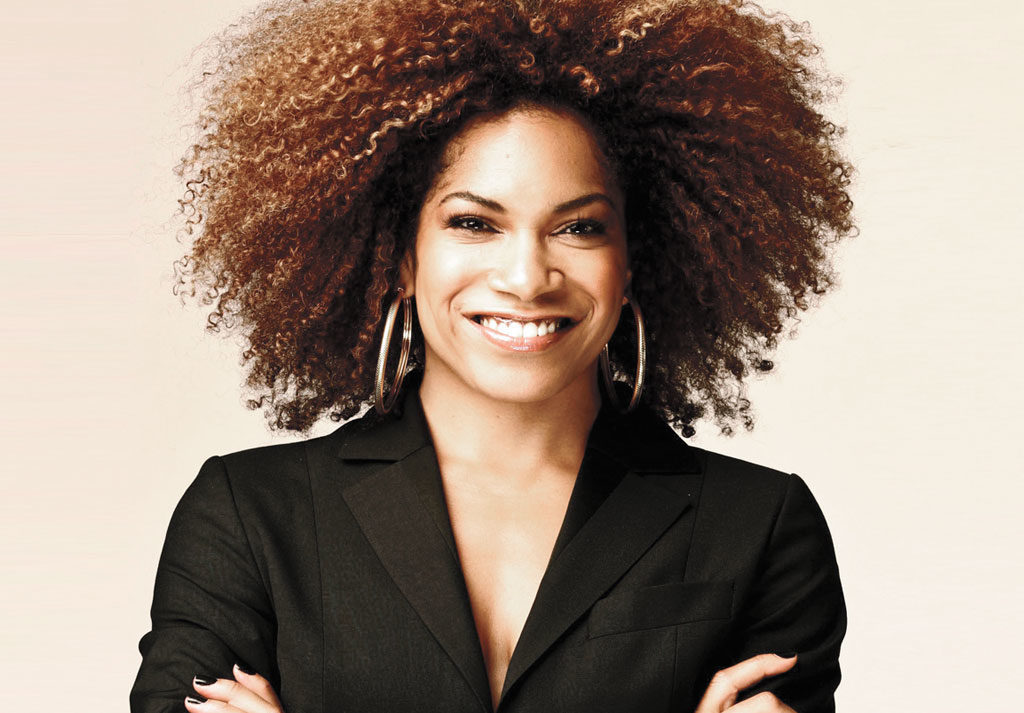 If home is where your heart is, then Arisa Cox is a Toronto resident for life. The arts and entertainment journalist and Big Brother Canada host has called Woodbridge, Ottawa and now Edmonton home, but her formative years were spent at one of the city’s top art schools, Earl Haig.

Affable, sharp-witted and multi-talented, Cox is a natural in front of the camera.

“She never lets me down and never misses a beat,” says Big Brother Canada supervising producer Erin Brock before adding that Cox is amongst the best on-air talents she has worked with in her 20 years of experience.

The seeds for Cox’s naturalness and reliability, which make it seem more like she’s with you on the couch than on the screen, comes from her time in Earl Haig’s prestigious Claude Watson Arts program. Entry requirements for the singular arts education program are akin to those of university programs, requiring top marks and that students audition and select a major (like music, drama, visual arts).

She credits a combination of her upbringing and her time at the school with shaping who she is today.

Raised in an artistic family (her mother is an art lover turned photographer; her father is a musician and art dealer; her older sister is an artist and singer; and her brother is an artist), Cox developed a passion and appreciation for the arts at a young age.

Taking the “You’ve got to work twice as hard to be seen as half as good” wisdom of her immigrant parents to heart and following her “extremely driven” personality, she says that, when she was younger, she was determined to follow in her older sister’s footsteps and attend Claude Watson. Even her mother’s insistence that she pick a school that didn’t require a subway ride would not deter her.

Once she was there, the school’s culture of excellence fostered her drive and determination. She focused on getting an A+ in all courses while also participating in student council, the arts and literature magazine and even writing a play.

Although bookish tendencies, frequent extracurriculars and being in the gifted program didn’t exactly make her cool in high school, it doesn’t bother her.

“I wouldn’t have traded my upbringing for the world,” she says in her whimsical tone.

Then her tone slows and deepens, and she starts to get philosophical, adding, “It’s character building not to be one of the popular kids. It helps you empathize with people who don’t have it all, and I think that makes you a stronger person.”

The ability to empathize is a skill that has served her well in her career, but she holds another lesson learned at Claude Watson as even more valuable.

“Art helps you see the greys in between the blacks and whites,” she muses.

With writing as her first love, Cox’s next step was Carleton University’s renowned journalism program.

“Art helps you see the greys in between the blacks and whites.”

The aha moment that nudged her in front of the camera happened in third year when students study and produce television news for the first time. The draw of being able to write while performing, as she did in high school, and combining that with her natural inquisitive journalistic streak of wanting to explore the “greys” proved irresistible. Thinking television news was her calling, Cox pursued and landed a part-time job at Ottawa’s CJOH-TV.

She expected practical experience, but what she gained was insight into herself. She was first on scene at a breaking news story requiring her to interview a teenager whose best friend had just died in a skateboarding accident. The story made her question if she could be the type of person to detach from her emotions and heart, a requirement that is sometimes necessary to tell the news.

Shortly after working on that story, a friend persuaded her to cut class and audition for U8TV’s The Lofters. The show, despite being 15 years old, seems like a reboot of MTV’s Real World — for the web 2.0 generation.

The Lofters differed from its contemporaries by having its participants also make their own content in the form of documentaries and talk shows on topics that interested them, which were then aired online and on TV.

Taking a no regrets approach, Cox rebelled against her mom’s wishes and put journalism and schooling on hold to be a lofter. With all due respect to Mom, it was the right call.

The Lofters experience was perfect training for hosting Big Brother Canada — a job Cox has had for all three seasons of the show.

“If you haven’t seen the on-camera side of reality television, it’s hard to wrap your head around,” she says before adding, “It’s very, very easy to be judgmental.”

But don’t just take Cox’s word for it. Her Big Brother Canada producer agrees. “It was really appealing having someone who walked a mile in the contestants’ shoes,” says Brock, citing Cox’s experience from The Lofters as a key factor to hiring her.

So the question is, with Big Brother Canada over for another season, what’s next for Cox?

She’s playing coy, opting to say, “Stay tuned.” When given the opportunity for an elevator pitch on the Arisa Cox Project, she says, “What about a show where I play Scrabble and sudoku with people?”