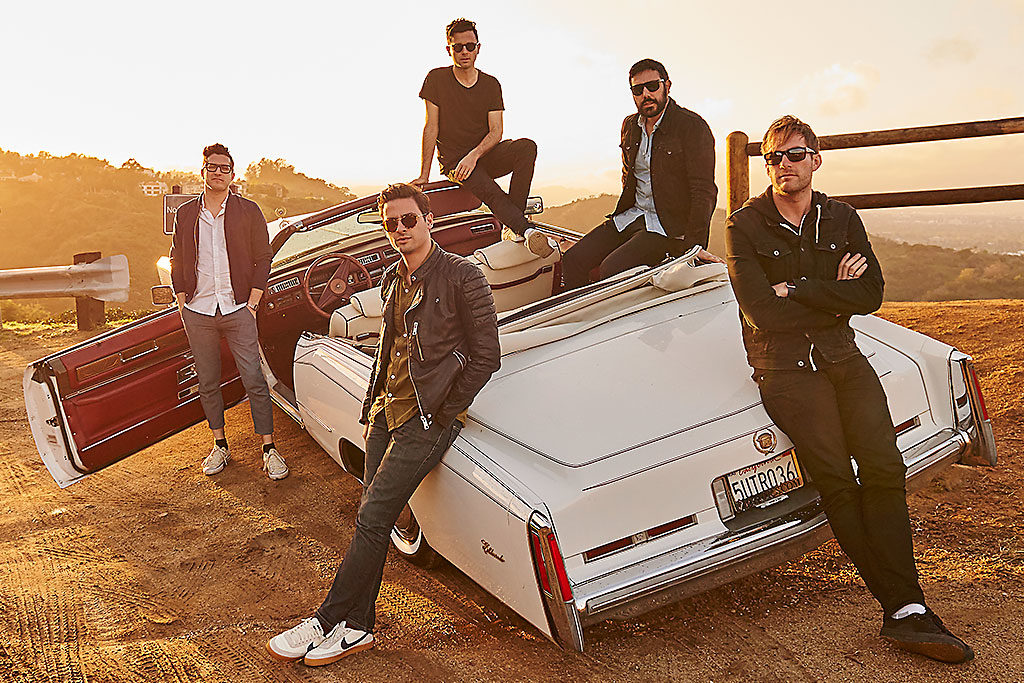 Max Kerman is walking by his old high school, Harbord Collegiate, as he responds to interview questions on the phone, explaining that he started dabbling in songwriting at 16.

Kerman is the lead singer of the Arkells, a band that has quickly risen to fame since they released their first EP in 2007. Now they have a huge fan following, are working on a new album (which will be their fifth studio album) and have even worked with Drake’s dad, Dennis Graham. Yup, they have a song aptly titled, “Drake’s Dad” with Graham starring in the music video.

For Kerman, the path that led him here started back at Harbord Collegiate. The lead singer had a band in high school and remembers writing parody songs for the announcements, which gave him a small taste of singing songs for a live audience. Also during high school, Kerman remembers renting a portable recording device but feeling frustrated when trying to figure out how to use it — which in the end, didn’t stop him.

“I recall thinking that, if I’m willing to get this frustrated over something, it must be something I want to do.”

And it’s a good thing he stuck with it. The Arkells’ current single “Knocking At The Door” just reached its 14th week at number one at alternative radio in Canada.

Achieving the kind of success the Arkells are currently experiencing isn’t always easy, something the band is well aware of.

“It still feels a bit like we’re playing hooky,” Kerman says of being in a successful band. “I know it’s a precious job and how lucky I am, and that motivates us. We don’t take it for granted,” he adds. “We feel like every fan we’ve won over with really trying. Success so far has been a natural progression.”

The name, Arkells, came from Arkell Street in Hamilton where they lived and would practise their music. The band still calls Hamilton home. In 2011, Dan Griffin left the band and Anthony Carone joined.

In the early days the band would play small shows at clubs, and in 2007, they performed an afternoon set at Yonge-Dundas Square as part of North by Northeast (NXNE).

Shawn Creamer, owner of the Dakota Tavern, heard that set and started giving their CD out to managers and labels he was friends with. Eventually the band signed their first record deal in 2008.

Apart from the awards, there have been many other career highs for the Arkells, including selling out two nights at Massey Hall in one day last year and playing to a crowd of 16,000 on the Budweiser Stage, a show that sold out in three days.

“That stuff is still crazy to me,” says Kerman of those career milestones.

That being said, he stresses that most of the things the Arkells have done as a band have felt significant.

“I like the idea that we’re a band that tries to outdo ourselves. You’re only as fresh as your last show, so we’re always trying to put out something that was better than what came before it,” he says.

Kerman explains that, currently, the band’s goals include evolving its live show and reaching more people with its music.

“Part of the business of being in a band is that your success is where you are in the moment,” he says. “Whenever we play, we always hope it’s to more people than last time. It’s not a numbers game, but the more people we reach, the more fun it is.”

Since the early days of the Arkells, Kerman’s approach to songwriting has evolved, something he attributes to not only the fact his musical palette has grown, but that he’s been able to refine his songwriting process.

“I think one thing that sticks out is that the songs I write need to pass the internal gut check. If it doesn’t feel good, honest and real when you’re singing the lyrics, you have to keep digging,” he explains.

Those songs can and do affect people on an emotional level, though Kerman notes that isn’t the goal when he’s writing, just a bonus.

“You’re not thinking too much about how one of your songs affects someone, but as the band’s audience has grown its been pretty special to know that our songs resonate with people,” he says.

In the years since the Arkells began its ascent, the bandmates have learned some important lessons, chief among them that it pays to be around the right people.

“We’re lucky to work with really good people, and I get energized by being around them,” he explains. “Be around good, hard-working, smart people that help to further your own vision. The result of our band is a lot of people who care about what we do and can make the band work better as a whole.”

Once their current tour comes to a close, it isn’t likely the band will slow down for long.

“We never take much downtime because we really like the job and because I would probably get really antsy with more than a day off,” Kerman says. “Look at any of the great bands: they’re great because they work a lot. Everyone else works all the time, and we’re no different,” he adds.

“There’s always work to be done, and we’re ambitious, and we like the challenge of being creative, whether it’s about writing a new song or coming up with a new T-shirt design.”