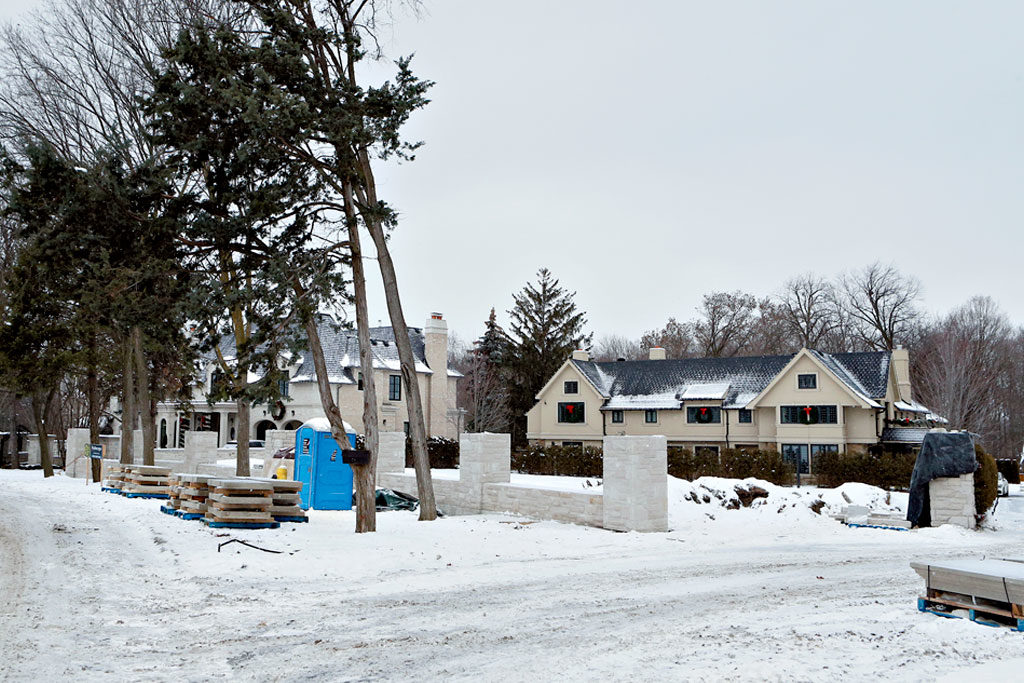 A property owner’s application to build a separate house in front of his existing house on Sandringham Drive in the neighbourhood of Armour Heights has been appealed to the OMB for a hearing after being rejected in Toronto City Council.

This past March, city council voted to reject an application submitted by the homeowner to sever his property at 20 Sandringham Dr. for the purpose of creating a new residence in front of his existing house.

Neighbourhood tension began earlier, when the homeowner, Victor Minas, cut down a number of trees on his property over the August long weekend in 2015, which area residents believe was to make space for the new residence.

“Everybody came home and kind of went, ‘Oh my God, what just happened?’” said Geoffrey Roche, who lives at 23 Sandringham. “All of these trees were gone.”

According to Roche, around 50 trees were cut down that weekend.

A spokesperson from City of Toronto, Urban Forest Management confirmed that the city had visited this property on two occasions in relation to a tree protection bylaw contravention in which 16 trees were injured. Those injuries were attributed to “landscaping work” and additional renovations, and the homeowner, Victor Minas subsequently paid the inspection fees and erected tree protection zones. Forest management confirmed that he later applied for and received a permit in 2016 for the removal of 16 city-owned trees, of which 13 were in poor condition, but did not confirm whether those 16 trees were the injured trees from 2015. Forest management was also unable to confirm that 50 trees were taken down. In October 2017, Minas also applied for and received a permit to remove an additional 10 private trees, all of which were in poor condition.

“I don’t understand, as a resident of Toronto, how he gets away with clearing away 50 some-odd trees when a normal resident has trouble removing one tree,” said Bill Benson, another area resident. “He’s trying to clear the lot to build a house in front.”

The residents are also concerned for what the potential building of a separate residence on a residential setback could mean for the neighbourhood.

“Our street has deep setbacks. It’s one of the beauties of our street,” said Benson, adding, “If he puts a house in front of another house … it could set a precedent, and I feel it will change the look of the street.”

A staff report prepared by the director of City of Toronto Community Planning — North York that was released prior to the committee meeting echoed those concerns, stating, “The consent application does not respect and reinforce the existing physical character of the neighbourhood and could lead to similarly configured severance applications on nearby large lots that would weaken the physical character of the neighbourhood.”

In the end, the Committee of Adjustment struck down the application.

The street and the York Mills Heights Residents Association has been involved in this issue. A petition garnered over 20 signatures from the street.

“Everybody in this neighbourhood is familiar with this,” said Roche. “When he went for Committee of Adjustment, there was only one neighbour who was for it, and everybody else was against him.”

Minas appealed the committee’s decision to the OMB. The hearing is scheduled for Jan. 30, 2018.

Christin Carmichael-Greb, the councillor for the Eglinton-Lawrence area, submitted a request to send the city solicitor and city staff to attend the hearing.

“If I’ve received a petition from residents, we will act accordingly, to make sure that the committee is being listened to and what they want for their community is upheld,” said Coun. Carmichael-Greb.