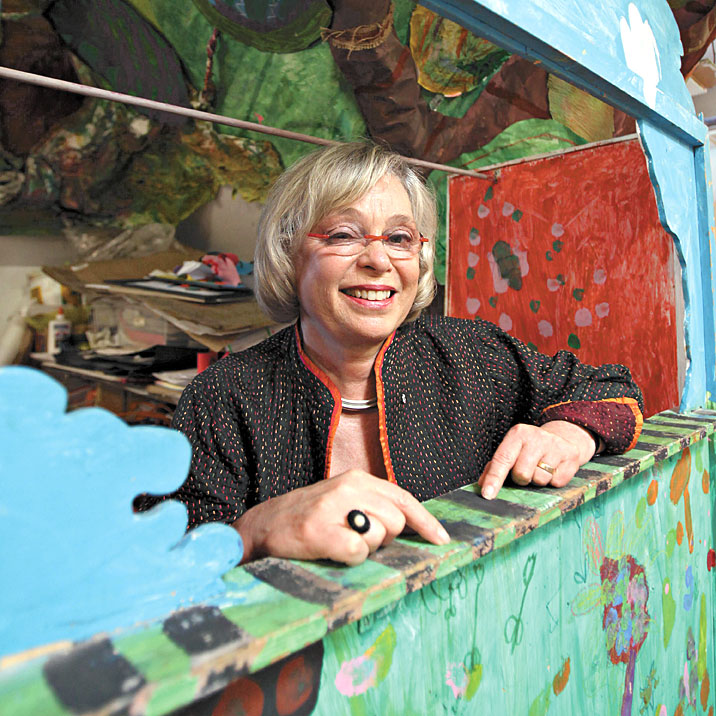 In the comfort of her basement, Lola Rasminsky created a fine arts kindergarten program with six children in 1979. Fourteen years later, when the venture had grown too big to be contained in her humble abode, she founded the Avenue Road Arts School in an old Victorian house.

And just two years later, Rasminsky took her business savvy and passion for bringing arts education to youth to a new level.

In 1995, Rasminsky founded the Arts for Children of Toronto group, a charitable organization where she now acts as executive director.

Last month, Rasminsky was awarded the Canadian Urban Institute’s 2009 Local Hero Award, for her active involvement with the organization.

“I believe the arts are important because you develop artistic, personal and creative skills that are transferable to any part of your life,” Rasminsky says.

The charity also organizes large-scale projects, such as an initiative with the Toronto Transit Commission, where children’s artwork was on display on the outside of selected local buses. To date, around 40,000 children from low-income neighbourhoods have been participants.

“Lola Rasminsky has taught us that children from poorer communities can discover and enjoy art and they can use those talents to give something back, making our neighbourhoods and the city of Toronto a better place for all of us to live,” says Glen Murray, the institute’s president and CEO.

Some of Rasminsky’s numerous other accolades include being named a member of the Order of Canada, in 2008, and receiving the RBC Woman Entrepreneur of the Year Award in 2007.

“ The arts are important because you develop artistic, personal and creative skills.”

Today, Rasminsky’s Avenue Road Arts School provides lessons for more than 800 youths and adults, including visitors from as far away as Dubai, Mexico and Saudi Arabia.

Rasminsky hires a select roster of teachers to ignite creative sparks in their students. That list includes Jenn Gould, who took home this year’s Juno Award for Best Children’s Album of the Year, and David Lapp, who penned the graphic novel Drop-In.

Over the last year, Rasminksy says she’s actually seen an increase in enrolment of children and adults, despite the state of the economy.

“The interesting thing about the school is that during this recessional time our enrolment has gone up, not down,” she says.

In August, Rasminsky will be stepping down from her duties at Arts for Children of Toronto, to spend more time at the Avenue Road Arts School and on her third business, Beyond the Box.

With her husband Bob Presner, Raminsky’s Beyond the Box will teach corporate groups how to think artistically through creative workshops and teambuilding exercises.

The Post salutes Lola Rasminsky and the Arts for Children of Toronto group for helping disadvantaged students develop their creative skills.