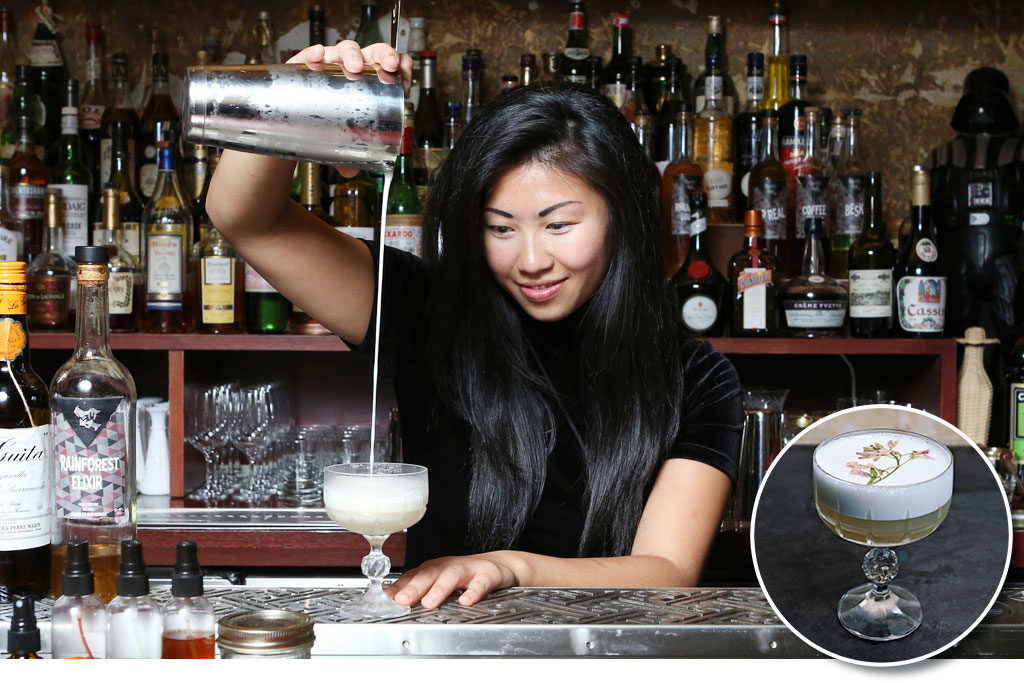 Bienvenida
Most bars don’t have a rug shop and mezcaleria in their entryway. But at PrettyUgly — Parkdale’s latest, courtesy of Grant van Gameren, Mike Webster and Robin Goodfellow — they’re all about the new. Customers step into a tiny bar lit up with colourful Oaxacan rugs before ducking into the main space; an industrial, candlelit cavern where you’re just as likely to hear Wu-Tang as you are psychedelic EDM.

A learning curve
PrettyUgly’s opening date was set back because GM Evelyn Chick (the Harbord Room) was promoting  Canadian cocktail culture across Europe after a major win at a global competition. Glance at the menu and you’ll get an idea of the knowledge behind the bar. The list, a collaboration between Chick, Webster and Goodfellow, features plenty of lesser-known ingredients. “We don’t want people to be intimated,” Chick says. “They’re weird ingredients and we’re crazy; we want to welcome people into our world!”

Into the forest
PrettyUgly’s Crystal Lake cocktail ($14) began with the Rainforest Elixir — a chartreuse-like liqueur made using foraged Canadian herbs like rose thyme and anise flowers along with young pine cones. “We wanted to recreate something like chartreuse but make it extremely Canadian,” Chick says. In order to let the fruit flavours show, it was transformed into a low-octane sour, with La Guita Manzanilla sherry added, for its saline quality, plus egg white. A house-made pine cone tincture (a.k.a. Feels) is misted on top with a pressed flower added for garnish. The result is a hauntingly beautiful cocktail conjuring up the natural world of Canada.