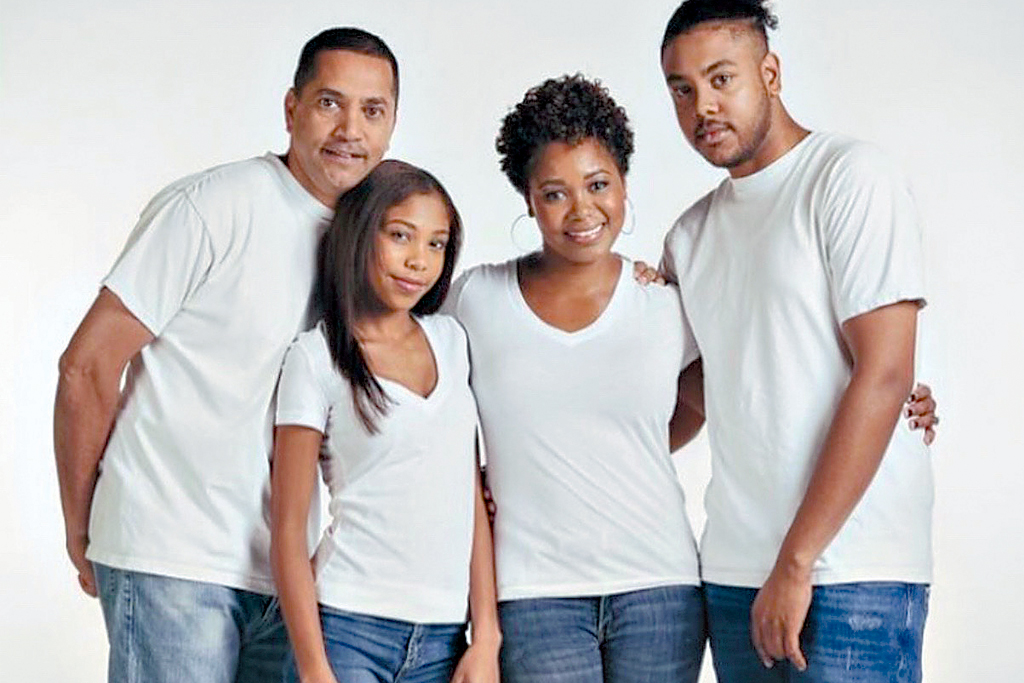 Jillian Danford has an infectious personality, so it was no surprise that, when she dabbled in making YouTube videos, she became a hit. Danford started the YouTube channel Auntie Jillian and decided to show viewers what day-to-day life was like for her family. Seeing as they’re quite an entertaining and hilarious bunch, she quickly amassed 12 million views and more than 100,000 subscribers.

Then Bell Media came knocking and asked the Danfords to bring their show to television. Now, Auntie Jillian has aired one season on Bell Fibe TV1, making the Danfords the first Black family to have a reality show in Canada. Here, we caught up with Jillian to find out the love story between her and Warren that started it all.

We met through some mutual friends when we were 19 and 20 years old. They spoke about him to me and me to him then said we were all going to a party on the weekend and I would get to see him. We just hit it off from there. We exchanged phone numbers, and he asked me to go to the movies.

We went to the movies on our first date to watch Fright Night. I don’t know why, but we were killing ourselves laughing. Warren laughed so loud during the movie, with his unique laugh, that the whole movie theatre was waiting for him to laugh. It was my first experience with that laugh, and I was so embarrassed.

Most of the time, he would drive to my house, and we would eat junk food and go to the movies. There was one trip that we took to Niagara Falls where I insisted I would lead the way. I swear it took us four hours to get there. I got lost. I think we ended up almost in London, Ontario.

We went to Fisherman’s Wharf on Richmond Street. I love seafood, so he saved up and took me there. I had no idea this was happening. He got down on his knees, and I was so embarrassed again. I said, “Oh my God, what are you doing on your knees?” And the whole restaurant was clapping. I think I said yes at that point. Afterward, he told me he had asked my dad for my hand. It was very traditional.

We got married in 1990. We have such a huge family, there were about 250 people there. We wanted to get married at Fantasy Farm, but it was booked, so they said they had a sister location on the Danforth. It was horrible inside. It looked like an old cave, but I thought it was romantic because it was so rustic. The food was endless and people had the time of their lives.

We were leaving for our honeymoon the day after the wedding. We went on a cruise to the Caribbean, and the whole ship was full of elderly people. We managed to find some people our age and made the best of it and made some good friends. Meanwhile, we heard all our family had the best time at home because they brought back all the leftover food from the wedding and all the people who came from overseas were staying at my parents’ house. They had a great time.

We are big Raptors fans. So much so that Warren, through his work, gets box seats. And he entertains a lot of clients in those boxes — and I get left out sometimes.

Communication, humour and giving each other space.

Living somewhere sunny for seven months of the year. No winter!