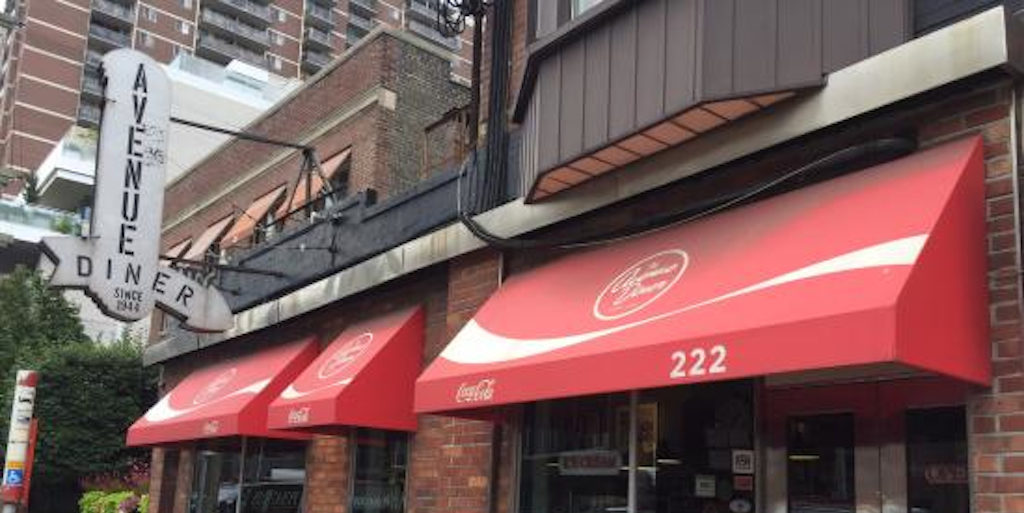 One of Toronto’s oldest diners faces an uncertain future thanks to a proposed new condo development in the early planning stages in the Yorkville neighbourhood.

The parcel of land at the northwest corner of Avenue and Davenport appears to include the Avenue Diner, located at 222 Davenport Ave., raising concerns that it could become part of the development.

Opened in 1944, the retro diner is a neighbourhood mainstay known for its all-day breakfast and lunch. Over the years, it has reportedly hosted celebrities like Robert DeNiro, Meryl Streep, Mike Myers and Eugene Levy — many of whom have contributed autographed photos that are displayed on the walls.

“It’s going to be a little while before it goes up,” says Avenue Diner owner Louis Klasios. “We haven’t discussed anything yet.”

Greybrook Realty will partner with Tribute Communities to develop the parcel of land into a high-rise condominium residence with more than 380 units.

The new condo will feature “more than 6,000 square feet of commercial space” and 29 storeys, according to the statement. “Residential development sites such as this site have become much harder to find in the City of Toronto, particularly in the best neighbourhoods in the City,” said Peter Politis, CEO of Greybrook Realty Partners, in the statement.

“With the federal government’s planned increase in immigration over the next three years, Toronto will need new housing to support the growing population and transit-oriented developments such as this site will be in high demand.”