North York is getting a new Mediterranean spot by Oliver & Bonacini | TRNTO.com
Skip to content 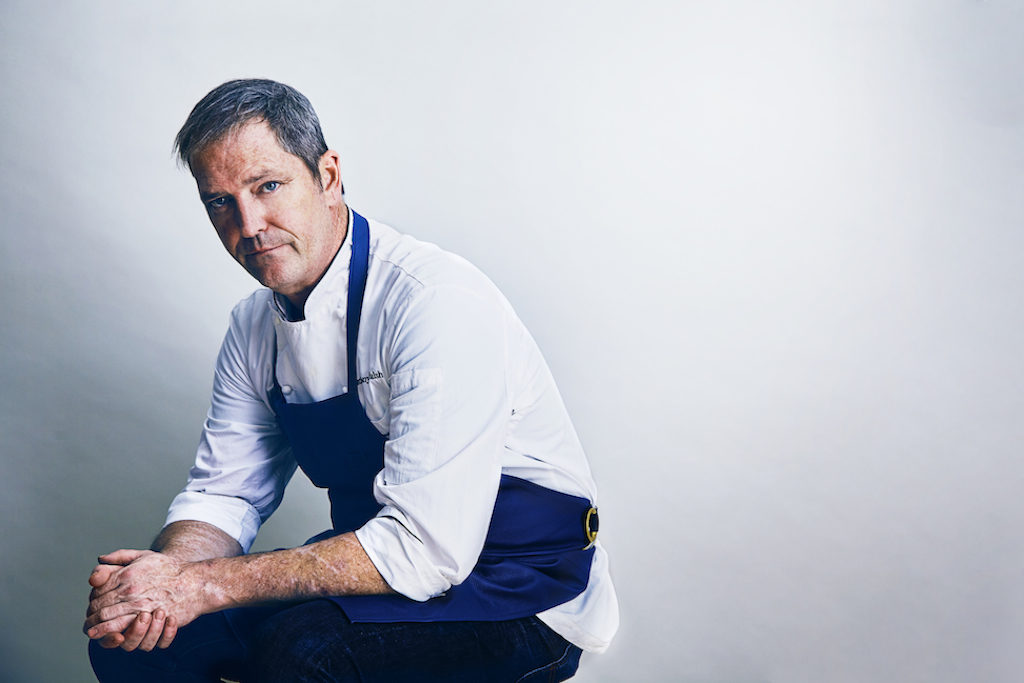 The bustling plaza at Bayview and York Mills is getting a new member of the Oliver & Bonacini (O&B) family. Their latest project, Babel, is currently under construction and slated to open this fall.

Corporate executive chef Anthony Walsh is no stranger to North York. O&B opened their namesake restaurant in Bayview Village roughly 13 years ago, and added Parcheggio and Beauty Barbecue to the mix just last year. By introducing their new chef de cuisine Aviv Moshe from Tel Aviv, Walsh believes Babel will bring a whole new palate to the company, alongside some new techniques.

“Each of our restaurants needs to have its own heart and soul,” says Walsh. “Tel Aviv has arguably one of the most vibrant culinary scenes in the world.”

Chef Walsh has also drawn inspiration from other Mediterranean restaurants in the city.

“Parallel is one of my favourite restaurants in the city,” says Walsh of the Ozery brothers’ restaurant on Geary Avenue. “Selfishly I do want some of the authenticity they have there.”

The menu will be enhanced by the use of a 12-foot open hearth that will be central to the kitchen and a main focal point in the restaurant’s design.

“For me, when you walk into a restaurant and you can smell the food, there’s a feel it adds to the environment,” says Walsh of the hardwood hearth.

After spending much of his adult life adopted by his wife’s Argentinian family, Walsh has become fascinated with cooking over an open flame. After cooking on gas and induction burners in most kitchens, he wanted to bring a more user friendly experience to this new concept.

“You get to experience textures and flavours that are unique to the hearth, so it’s sort of the inertia behind the menu, but not the be-all and end-all,” says Walsh.

The vegetable-forward menu will also feature plenty of fish, as well as some meaty crowd pleasers.

“We’ll have our take on different burgers, from a vegetarian option to a Kofta,” says Walsh.

This will also be O&B’s first location that is almost completely Halal.

“The majority of the meat we’ve been getting is Halal and it’s readily available, but it’s important for people to know, especially because of the sensitivities of the client base in that area,” says Walsh of the predominantly Jewish, Lebanese and Persian population in North York. “Talk is cheap and it’s important for Babel to be a part of the community, all while doing something that’s fun and comfortable.”

Babel will be open Monday – Sunday, with weekday lunches and a weekend brunch service, starting this fall at 305 York Mills Rd. Unit 19. Follow them on Instagram at @babel.to or on their website at www.babelrestaurant.ca.