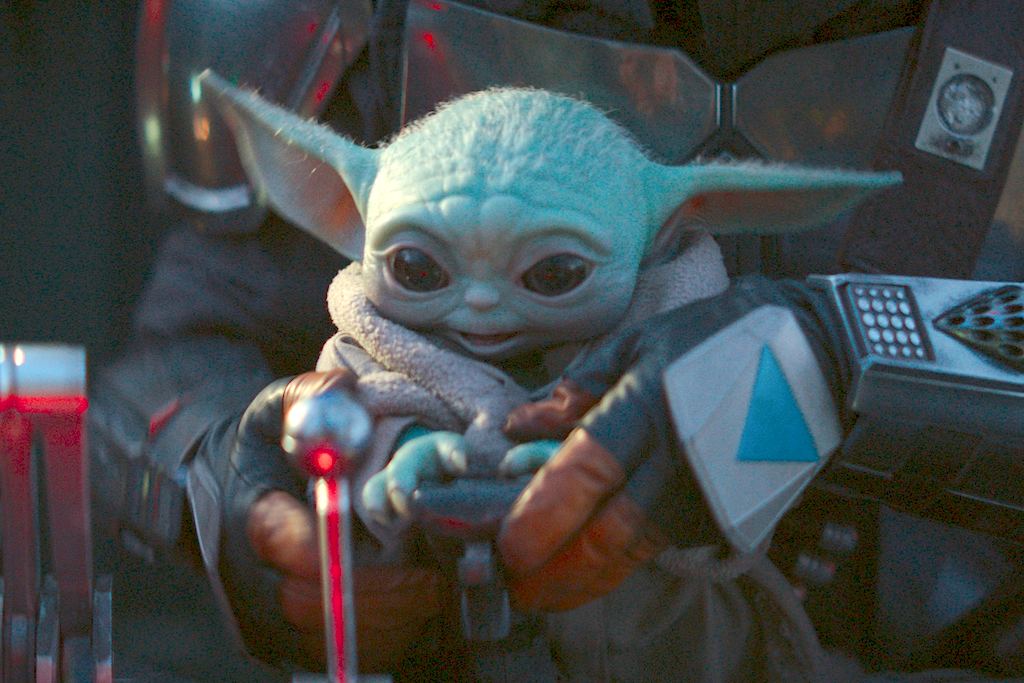 Fans of the new Star Wars series The Mandalorian have gone absolutely bonkers for its newly introduced character, who is officially referred to as the Child. The green creature, who made its debut last month, has been affectionately dubbed “Baby Yoda” and is lighting up social media and the web with various forms of fan adoration.

So, as it seems everyone has been asking, where’s the merch to go along with this new character in the Star Wars universe?

Last week Disney’s online shop released some Baby Yoda items for purchase, but they all featured the same screen-grab image of the cute baby alien. From t-shirts and mugs to phone cases and tote bags, there’s lots of items to buy but no true variety in terms of depictions of the new star.

Since the little fella was only introduced two weeks ago, it’s no major surprise that Disney didn’t want to spoil the surprise by creating pre-launch merchandise. But the fact that the adored character was excluded from all marketing and pre-launch merchandise isn’t really a good reason for the dearth of offerings at present — during the holiday shopping blitz, no less.

I made baby yoda. #BabyYoda pic.twitter.com/WV0nX7xD76

With Baby Yoda rising to the top of the online popularity ranks after being introduced at the end of episode one, fans aren’t impressed with the uninspired official offerings. In fact, many Toronto-based fans have taken matters upon themselves to address the lack of alluring items.

You can find everything from wall art and stickers to adorable crochet baby outfits and beanie hats of the little fella on Etsy. One artist has even created a crochet plush Yoda baby just in time for the holidays.

Perhaps, as the big-eyed baby alien appears in more episodes, there will be a wider selection of stylized products, accessories, and home goods available for fans at the Disney store. In the meantime, there are other options if you just can’t wait to give the gift of the adorable green creature.