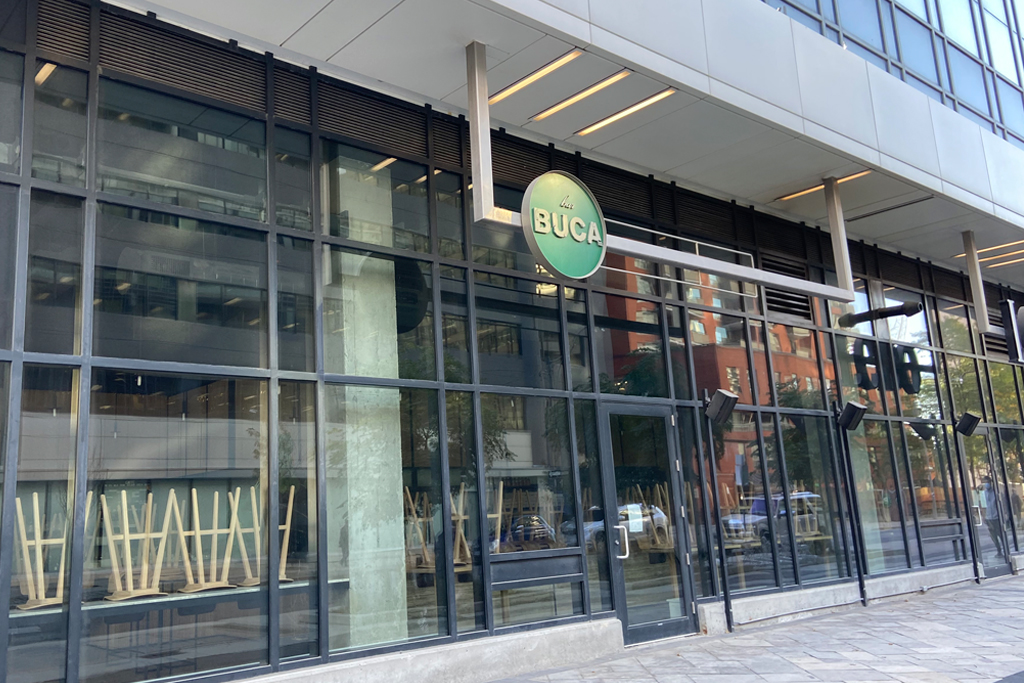 Bar Buca may be the latest Toronto restaurant headed for permanent closure. A notice of distress has been posted in the window of Bar Buca’s Yonge and Eglinton location, indicating that King Street Food Company, the hospitality group behind the Buca restaurants, has been locked out by the building’s landlord.

Dated October 1, the notice indicates that items from the restaurant will be removed and sold to pay off the rent if the arrears are not paid within the next five days. According to the notice, the total amount owed to the landlord exceeds $22,000.

For the past few months, the Buca brands have been offering pick-up and delivery from 2 St. Clair Ave W., which had previously been slated to become the future site of Cucina Buca, a new Buca concept whose opening plans were derailed by the pandemic. Buca’s four locations have remained closed, with heat-at-home meals, cocktail kits, and grocery basics among the items available to-go from the St. Clair base. 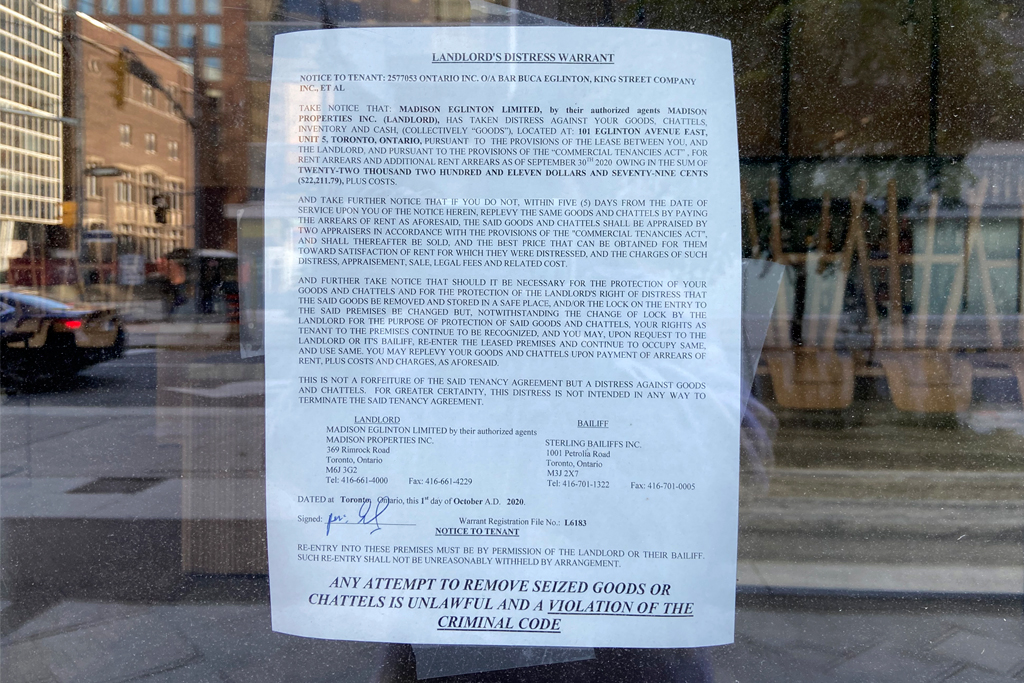 The main Buca account most recently posted on Instagram on September 26, but the brand has been quiet on social media over the past week.

With the rent relief program coming to an end and cooling temperatures diminishing the appeal of patios, the next few months are looking bleak for Toronto’s restaurant industry as a whole. It’s unclear if this notice may signify a permanent closure of Buca’s Eglinton location, and what the arrears mean for the other Buca restaurants.

The King Street Food Company team did not respond to a request for comment by our deadline.