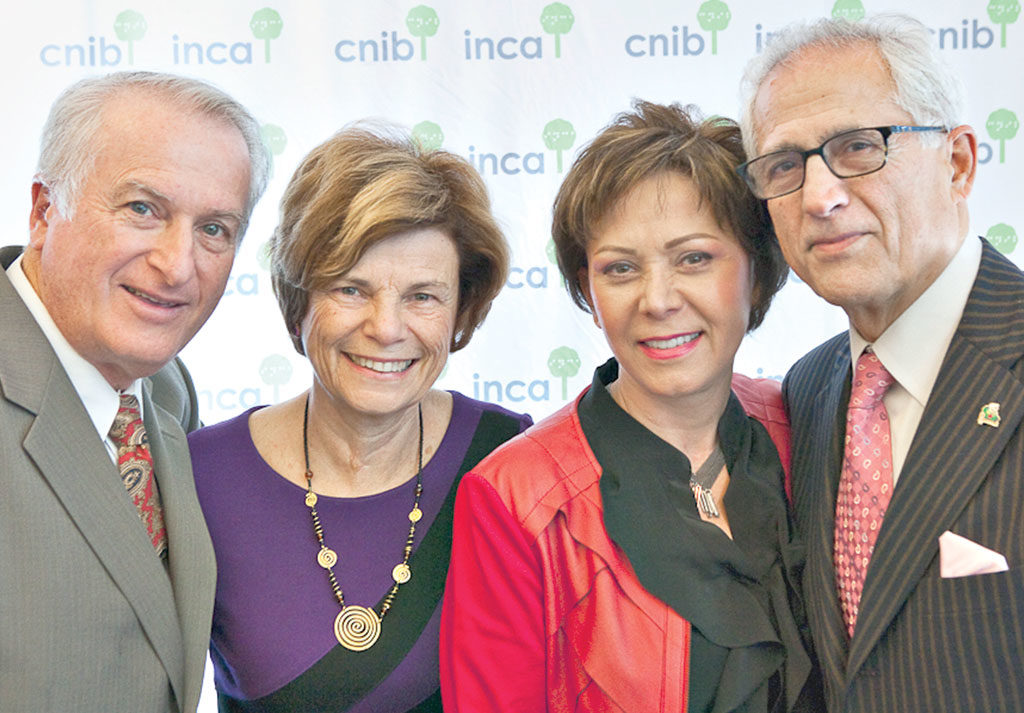 For almost 46 years, Ron Sidon has grown accustomed to the sight of the Bayview Pedestrian Bridge, having travelled under it more times than he can count. So when Sidon heard that the bridge would have to be redone and that donors were needed, he didn’t hesitate to contact his tennis friends at the Bayview Country Club. Soon enough, Joe Salek also stepped up, and the two made a generous donation to the project.

In 2011 the Canadian National Institute for the Blind (CNIB) recognized the urgent need to revitalize the almost 60-year-old, dilapidated pedestrian bridge, which made it possible for blind or partially sighted CNIB clients and community members to safely cross a bustling Bayview Avenue.

It was 2013 when the issue came to Sidon’s attention, and it was Sidon and Salek’s donation, alongside funding from the federal government, that ultimately made the project possible.

“The obvious advantage to the local community is that it helps connect the east and west sides of Bayview,” said Sidon, “especially since the residential density in that area has increased considerably with the new condominiums on both sides. And of course the other major advantage is that it helps the visually impaired cross Bayview safely.”

But the main reason as to why he chose to get involved? “To inspire other members of the community to give back in whatever way they see fit” said Sidon — to rally the troops, so to speak. “Especially this time of year, if people can just think a little more about others, if they are able to contribute in some way, hopefully they will do that.”

A little over a year later, they have seen their good intentions come to fruition. “With the help of the federal government and myself and Ron Sidon, it’s mission accomplished,” said Salek. “And we are so glad.”

The new state-of-the-art bridge now has an elevator on the west side with Brailled buttons and audio accompaniment and other features throughout that will help ease the commute of many. Underneath the bridge is a sign with both of the donors’ names, meant to honour their generosity and contribution to the community for years to come.