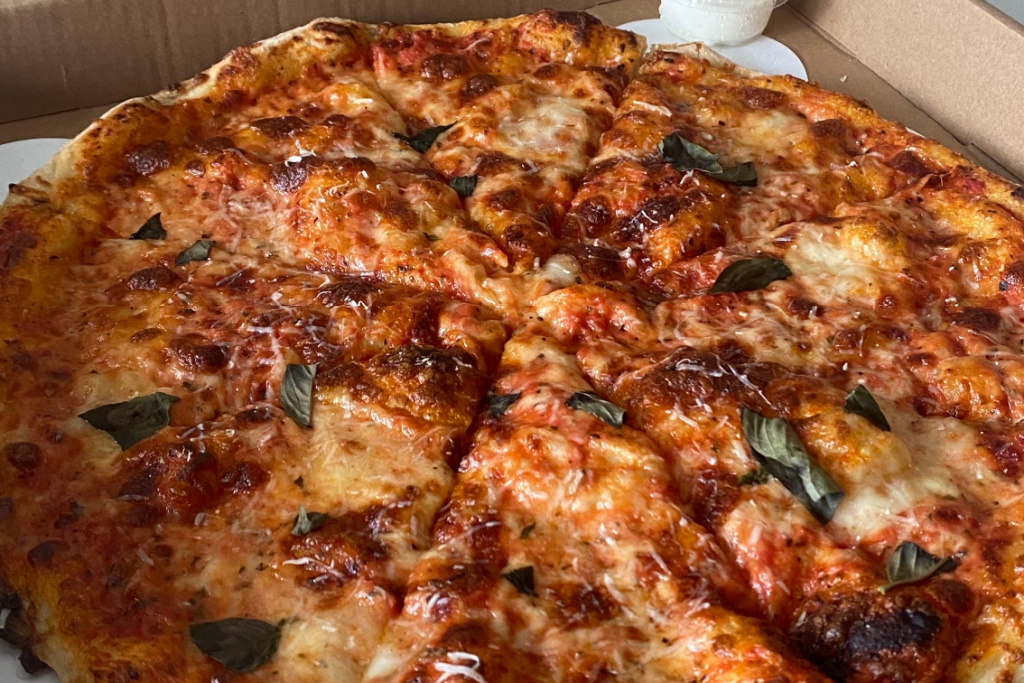 From smash burgers to fried chicken, comfort food is a pandemic-related dining trend that’s showing no signs of slowing down. With the ongoing demand for belly-warming foods that travel well, it makes sense that new pizzerias have been popping up all over the city in the last few months. Here are our top picks for some of the best new pizza in Toronto.

You’ll need to book early to snag one of the in-demand pizzas served by this weekend-only pop-up by Toronto resident Josh McIlwaine. After a brief stint training at North of Brooklyn Pizzeria, McIlwaine launched his own take on New York-style pie. Pre-orders for Saturday pick-up open mid-week and McIlwaine typically sells out well before the weekend. Initially a home-based business, the Mac’s Pizza pop-up recently moved into Century Park Tavern in Davenport Village.

Ambassador Pizza Co. is bringing Windsor-style pies to Toronto. For those unfamiliar with the Rose City’s signature ’za, it features shredded pepperoni, which allows the meat to be more evenly distributed over the pie, as well as canned mushrooms. Although canned mushrooms may seem controversial, Windsor pizza fans will tell you that they hold their texture better in the high heat of the pizza oven. Located across from Ossington subway station, Ambassador offers five iterations of Windsor pizza.

West Queen West watering hole Bar Poet, already known for its tasty pies, has pivoted to a pizza-focused operation known as Ghost Pizza. Pies come in 12- or 16-inch sizes and range from a classic Margherita to more inventive toppings like the Shrimp Alfredo, which is layered with tiger shrimp, Alfredo sauce, parmesan, lemon, herbs and chillies. Their dipping sauces go above and beyond the standard garlic, available in flavours like truffle hot sauce and “sri-rancha.”

One Night Only Pizza

A post shared by One Night Only Pizza (@onenightonlypizza)

After a wildly successful summer, home-based pizza operation One Night Only Pizza is set to move into a brick-and-mortar location in Riverdale. The classic, thin-crust pizzas come in four varieties: cheese, pepperoni, mushroom and spicy pepperoni with pickled jalapenos. For now, customers need to place orders via email and there’s typically a wait list, but with the storefront set to open in the coming months and a new website on the way, it may soon be easier to get your hands on One Night Only’s pizza any night of the week.