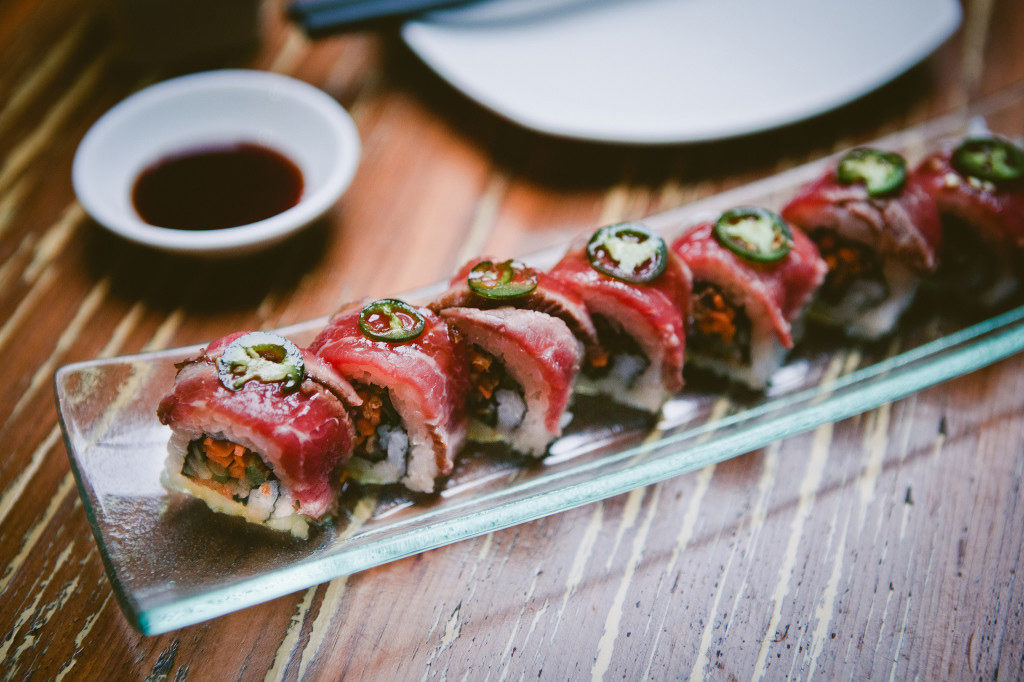 Since the 1980s, Toronto has indulged in the Japanese delicacy of sushi: a seafood and rice combination that is artistic in its display as it is tasty on the palate. For those who are passionate for their makimono, nigiri and hand rolls and prefer more than just spicy tuna and California rolls, there’s 21st century expertise at these Toronto Japanese restaurants.

Here’s our roundup of where you can find Toronto’s best sushi.

Diners who want to increase their foodie knowledge and learn from a sushi master, this Japanese bistro on the Harbord dining strip is the place to let the chef be your guide. Omakase, Japanese for chef’s choice of dishes, is the rule here, with two sittings available each night. Twelve lucky diners at a time get to belly up to the sushi bar to see Chef Yasuhisa Ouchi and his team put on a theatrical performance of graceful motions of knives, accented with the perfume of ginger and wasabi, transforming choice ingredients into tasty works of art. 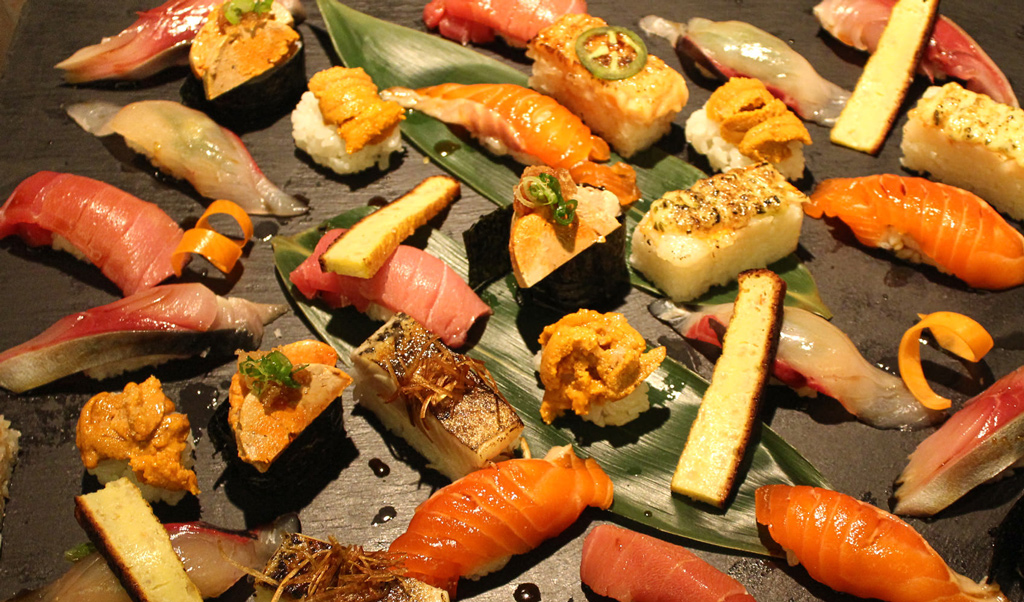 Chef Koji Tashiro’s menu is simple – sushi, sashimi and Japanese bistro options – with a focus on offering the best of the best. The KyuKyoku Sushi or the ultimate fresh pieces of fish makes this restaurant not one for those who adore a California roll. The chef’s inventiveness is seen in his Osaka-style sushi: Sushi Aburi, made with mackerel, shrimp or salmon pressed in a wooden mould, kicked up with a topping of hollandaise sauce and blowtorched to saturate flavour.

One of the oldest Japanese restaurants in the city, this mainstay of Adelaide Street East has consistently offered Japanese classics in its traditional dining room. Providing several options such as seven kinds of tuna sushi, spicy rolls made with salmon, tuna, yellowtail or scallops and long-time faves such as the California roll or the Sushi Spring Roll. The housemade Sushi Pizza: salmon sashimi, onion and flying fish roe on a crust of deep-fried sushi rice, is an alternative to the traditional. 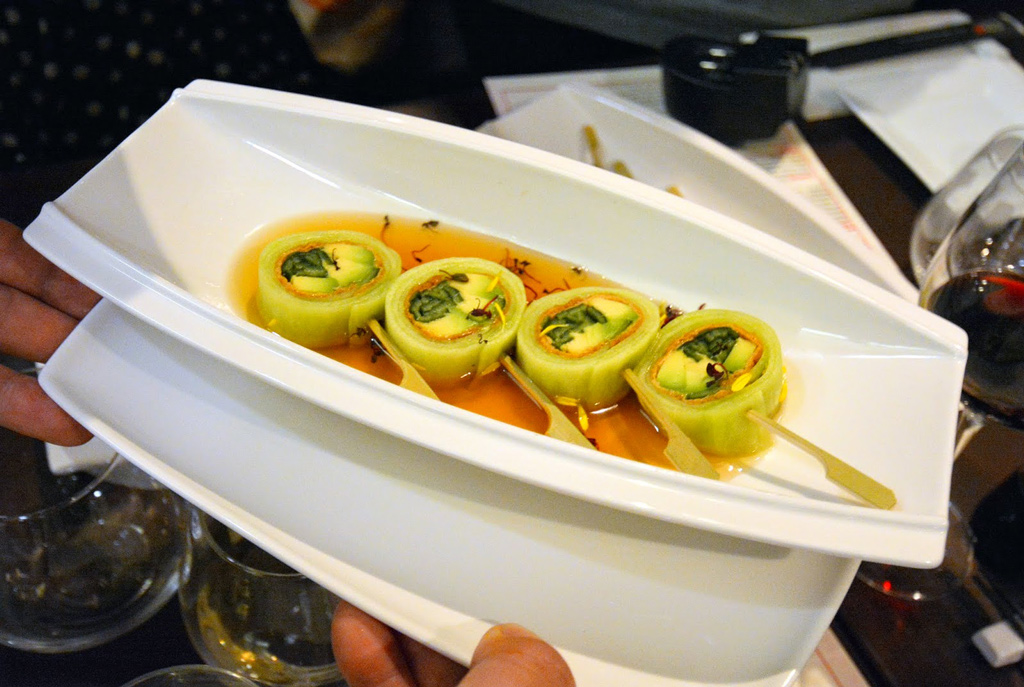 With a devotion to authenticity, this Japanese dining spot offers a wide range of sashimi and nigiri as well as inventive house options such as O-Ebi Mango with black tiger shrimp tempura and mango, the Spider with soft shell blue crab, asparagus and Dynamite sauce or five types of spicy rolls, which can also be had as sushi pizza. Traditional rolls, vegetarian rolls and a wide range of Dynamite rolls make decisions difficult – or order the Tokyo or Ginza, and let the chefs choose.

New to the Yorkville neighbourhood, this spacious two-storey restaurant comes with a well-known pedigree as the latest creation from the seafood-obsessed Chase Hospitality Group. Offering extensive menu options from Japanese tapas to noodles, the distinct maki rolls such as Soft Shell Crab with endive or the Vegan Tempura with zucchini, yam and eggplant are palate-pleasers. Indulge in the Kasa Moto with spicy scallop, lobster and salmon. 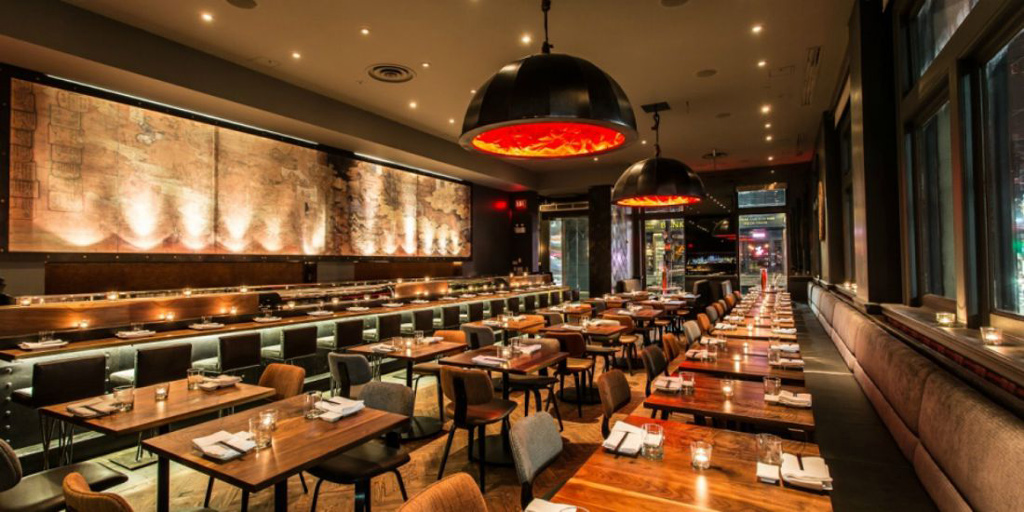 Located in a former bank building at the corner of King and Bathurst, this dining establishment honours the past and present with its contemporary interior and its devotion to the classic styles yet modern interpretation of Japanese cuisine. Sushi aficionados will appreciate the nigiri offerings such as freshwater eel, yellowtail and salmon roe, as well as inventive makimono rolls such as red hot curry salmon, truffle albacore or jalapeno hamachi. Each can be paired with a suggestion from the extensive Sake Bar list.

Salmon, shrimp, tuna and crab dominate the offerings at this contemporary Japanese restaurant, with some inventive options for vegetarians too. Look beyond basic rolls to the House Special rolls, such as the Salmon Love Roll with smoked salmon, fresh salmon and avocado or the Sundae Roll with avocado, shrimp tempura, cream cheese, cucumber and crab. And to further anyone’s salmon obsession, the Salmon Combination offers a triple dose: sashimi, sushi and rolls.