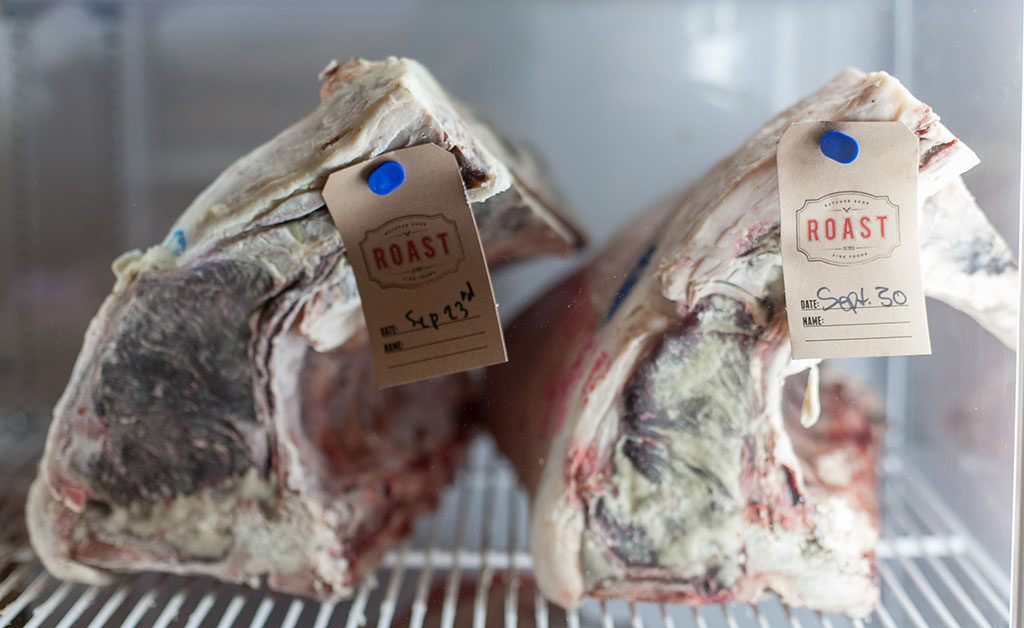 Quality, well-aged meats are only the beginning- the best butcher shops in Toronto offer more than just well marbled meats- with pre-made sides to round out your meal, to special order-in services for that 25 lb Suckling Pig reserved for special occasions, your local butcher shop becomes so much more than just where you pick up your meat. It’s a relationship akin to a bartender- you bond over preferred barbecue methods, best woods for smoking, or trouble-shooting when things go south.

A good butcher is worth their weight in gold- offering superior meats as well as advice and suggestions. While St Lawrence Market is arguably the Mecca for meats in the city, exploring niche neighbourhood meat shops will not only introduce you to a new friendly face, but possibly a new cut of meat too.

Certainly a much debated about topic, the best butcher shops in Toronto mix equal parts product with geographical convenience. Here, our list of butcher shops that are a cut above.

With three Toronto locations to choose from (and one west of Toronto in Dundas), Cumbrae’s has been a Toronto go-to for meat since they first opened in the mid 90’s. Owner (and Aussie ex-pat) Stephen Alexander is passionate about his menu of antibiotic free meat, which naturally happen to grace some of Toronto’s best restaurants. His newest outpost on Queen West boasts some of Toronto’s finest grab-and-go sandwiches. Stephen set the trend on traceability, keeping tabs on where your meat comes from before that was a movement.. 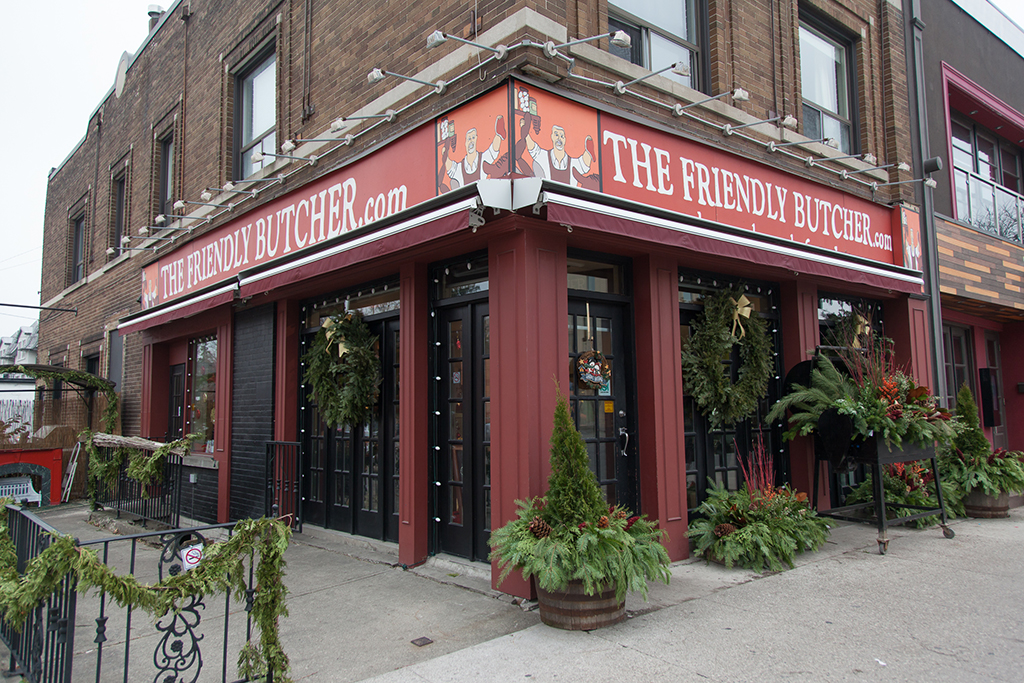 Friendly is an understatement at this quaint Lawrence Park shop. Owners Ken and Donna MacDonald go above and beyond the call of duty in this family-centric neighbourhood- even hand delivering parcels when shipments arrive late. Ken is well versed and generous about cooking suggestions and offers grilling advice like a true guru. A family run operation, Ken sources his meats from all over Ontario and can special order in anything that isn’t already in stock. Pantry items and ready to go meals make dinner an easy production. Come summer, the side patio operates as a casual BBQ hangout for Ken’s creations. 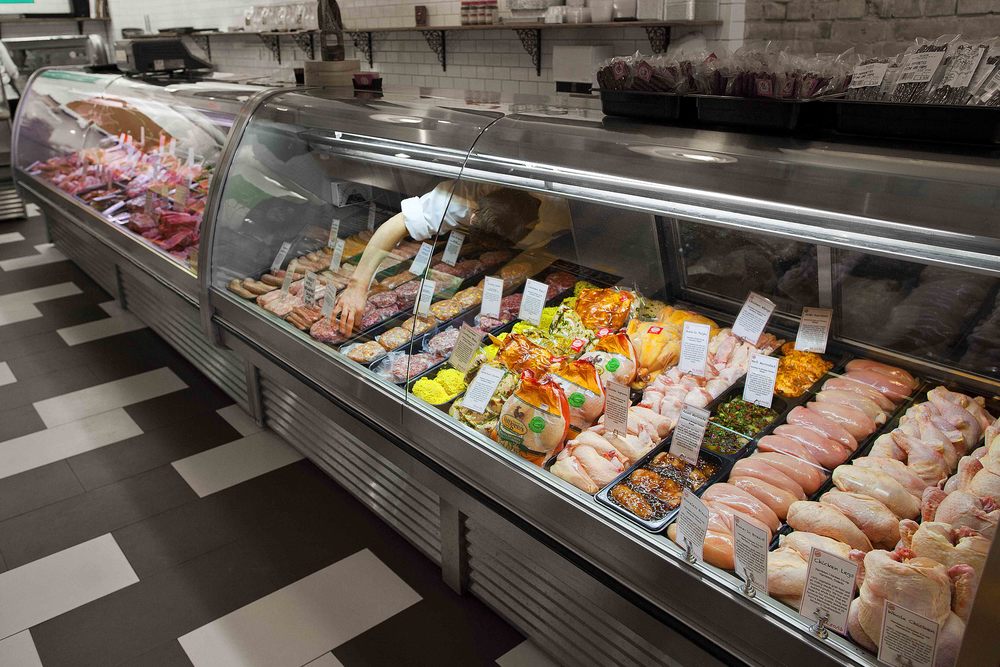 Brothers Sam, Ben and James are owners of this well-known butcher shop, with their flagship shop at Yonge and Summerhill and outposts in Leslieville as well as the Sausage King eatery at St Lawrence Market. Known for their cutting edge meats, these butcher brothers try to stay ahead of the trend carrying the next big thing in beef, way beyond waygu. Look for local and imported meats in addition to curious finds like turkey back bacon. Their pantry items are on point too- with spreads from Stasis and a range of butters from Stirling. 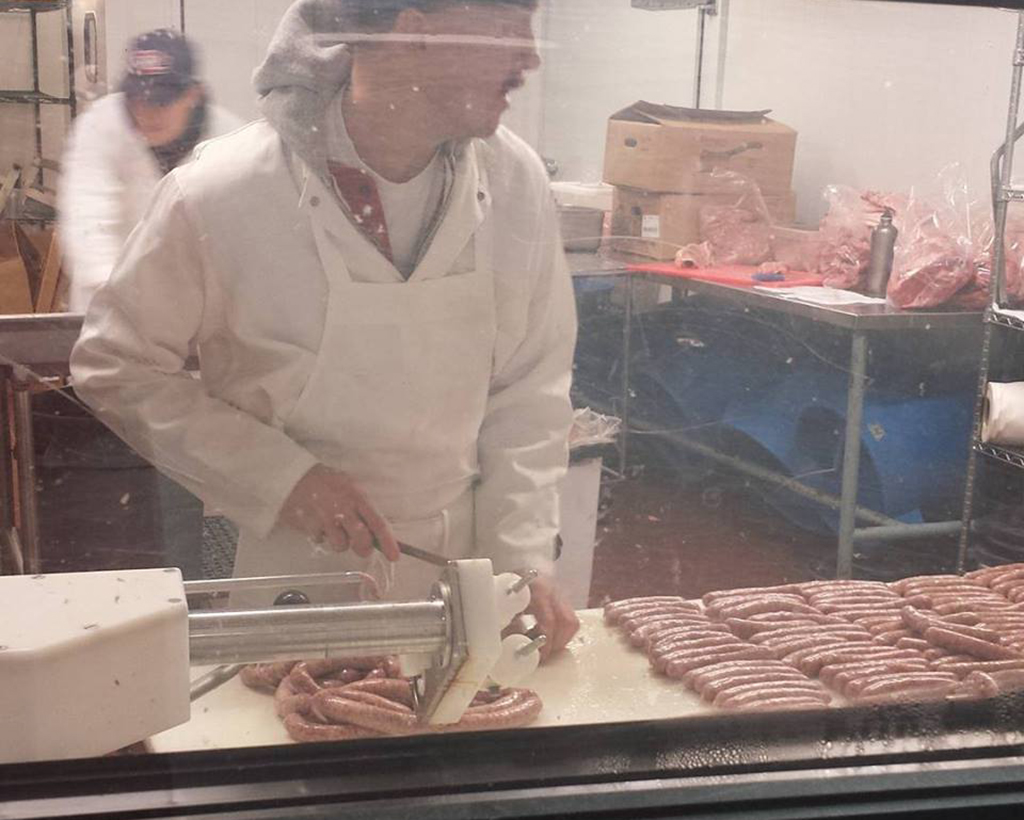 Peter Sanagan’s meats and charcuterie can be found at many of Toronto’s finest restaurants, so why not let them grace your table too? After signing his first lease back in 2009, Peter has grown into the beef baron of Kensington after taking over European Meats in 2012.   Peter’s eponymous butcher shop carries stellar farm fresh finds from all over Ontario, and his skilful crew will also take over the cooking duties too- especially handy for tricky methods like the showstopper whole smoked turkey. Grab and go sandwiches make midday shopping a cinch, and everybody (but a vegan) would love one of their quirky Beef Fat Candles for a gift.  .

Owners of nearby Union Restaurant, brothers and fellow meat carvers Chasen Gillies and Teo Paul operate this Parisian themed (and fully licensed) boutique butcher shop on Ossington. Bistro inspired with true nods to French culture, you can sip and swirl while waiting for your meat to be hand carved, or peruse their tidy fridges for a terrine or pâté to complement your meal. They are on a first name basis with farmer Frank Batty in Grey County who handles their beef orders- a true nod to the holy trinity of the ‘farm to chef to table’ virtue. .

Former Olliffe butcher Benjamin Latchford opened his bustling store on St. Clair two years ago and hasn’t looked back. Taking over a former boot shop meant some serious renovations to the space, allowing Benjamin to add some personal and nostalgic touches to the décor, with a gorgeous portrait his photographer mom took overlooking the counter space. Stocking naturally-raised, antibiotic and hormone free meats are important pillars of the business, not limited to just the beautifully stocked meat display but also the in house-made stocks, soups and sides. 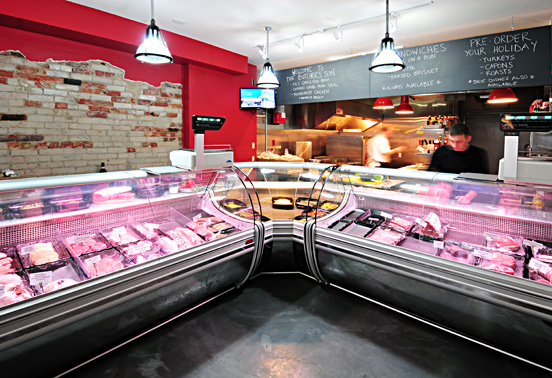 Executive Chef Vito Rizzuto teamed up with butcher Matthew Kumprey (ex Bruno’s Fine Foods) to launch The Butcher’s Son. Chef Vito is well known for his legendary Italian restaurant Five Doors North in the Yonge and Eglinton area and hatched the idea of a butcher shop after customers repeatedly asked where their dinner mains were coming from. Steaks, tender slabs of pork and whole chickens are always on the menu, but Exotic meats like Venison, Elk and Ostrich are seasonal standouts as well.

Sustainability is a cornerstone of Custodio’s, a Roncy butcher shop that practices ecological butchery when it comes to carving up farm animals, ensuring they use every part of the animal letting little go to waste, so if you’re into offal  cuts of meat, Custodio’s has you covered. Chef Maurizio Verga (formerly of F'amelia) oversees the catering and cooking, with hot sandwiches and sausages being particularly popular. .