Best of Toronto: From old-school to modern these are the city's definitive steakhouses | TRNTO.com
Skip to content 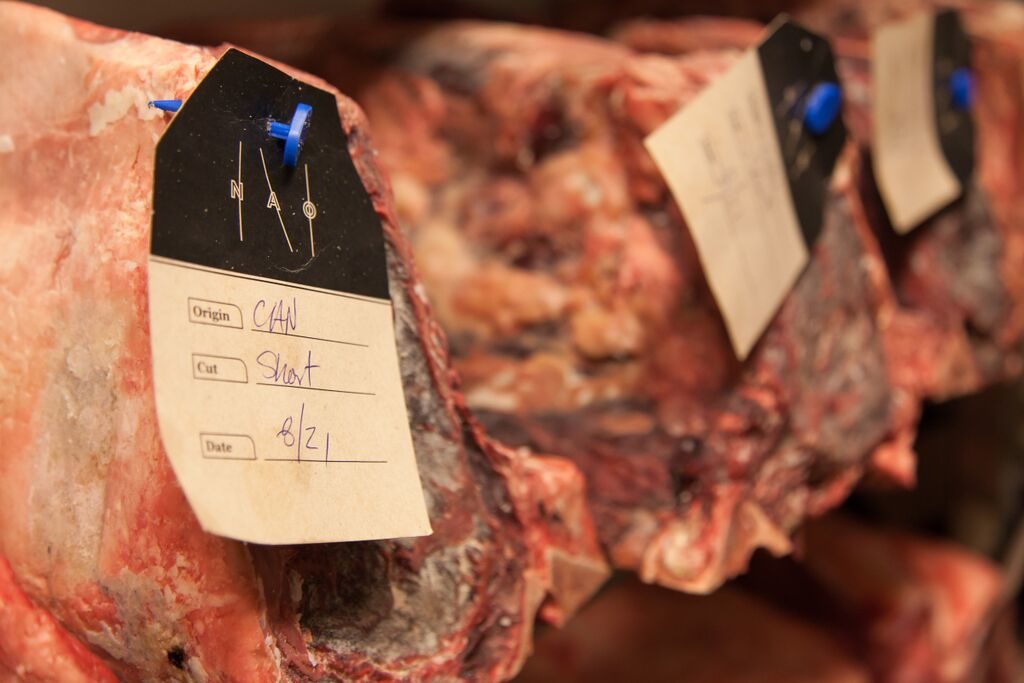 With patio season coming to a close, it’s time to hunker down in one of Toronto’s best steakhouses, a feat in this beef soaked city.

Some have been around for decades, wooing their steady clientele with personal and attentive service, marking countless celebrations and special occasions. Others are new to the scene, explosive and creative, injecting a new pedigree and definition into this branch of dining.

Equal parts service, food standards and at some, a degree of pageantry, here are Toronto’s best steakhouses.

The king of steakhouses in Toronto, Jacob’s is a perennial favourite for good reason. Open since 2007, guests of this Brant Street restaurant are treated like royalty from the moment they navigate the stairs leading into the steakhouse (watch your step is a common refrain). Walking past the glass enclosed meat locker affords solid ‘before’ images of your steak to be, so try not to fill up on the fluffy Yorkshire pudding style popovers that are brought out first. While their steak menu revolves daily, they always have the 50-day dry-aged 40-oz. Porterhouse from High River, Alberta, 4-oz. A5 Black Tajima Striploin from Okinawa, Japan and the reliably favourite 60-day dry-aged 14-oz. Ribeye from Guelph, Ontario. Sides are pricey but shareable; Duck Fat Fries and Sautéed Rapini are solid choices. Tableside Caesar salads are a must order, but skip the pricey Wagyu steaks unless you’re sharing with a group — it’s often so rich that one bite will suffice. 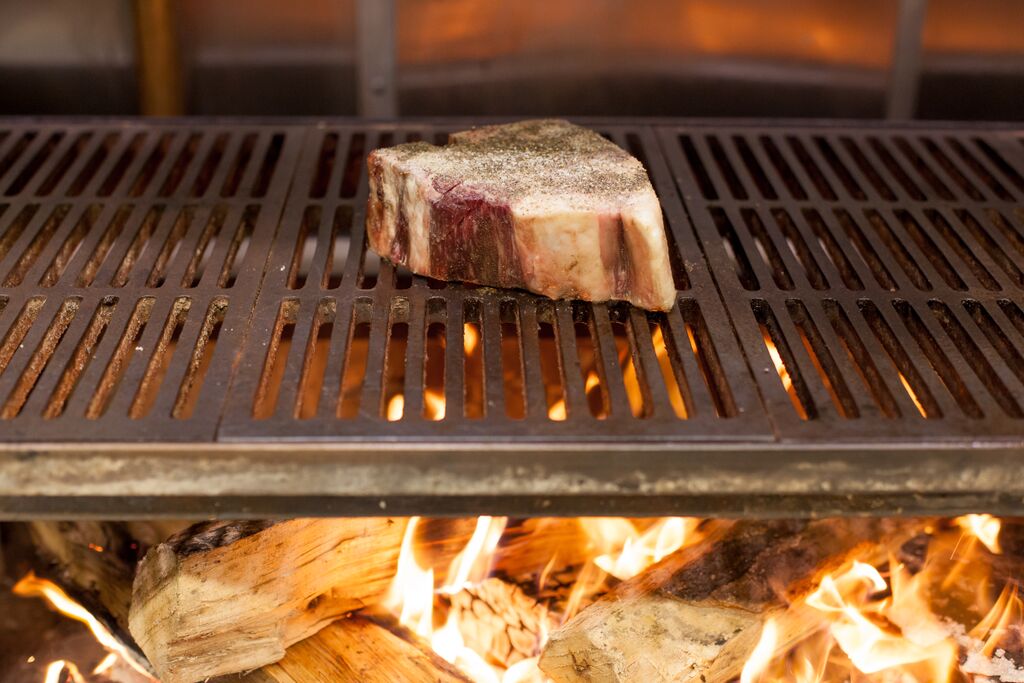 Come for the steak, stay for the salts. The newest player in town is owned by club king Charles Khabouth and partner Hanif Harji, who partnered up to open NAO almost one year ago. Opulent and stylish, the two storey restaurant on Avenue Road smartly features a stunning patio, with heated lamps extending the summer season here.

Executive chef Stuart Cameron oversees the menu, which creatively infuses Asian flavours into their meaty menu. Stray from the call of the cattle slightly; NAO’s Tuna Tartar is all but required, followed by their in house dry aged 40-oz. Porterhouse US Prime from Nebraska, which is cooked directly over fire, and accompanied by their house-made Bulldog Sauce and cut with custom steak knives made by Fredrick Scarlen. Miso cured Brussels Sprouts are a hit, but skip the Asparagus side, the hollandaise sauce deviates from the Asian fusion that is a highlight for most of the other dishes. 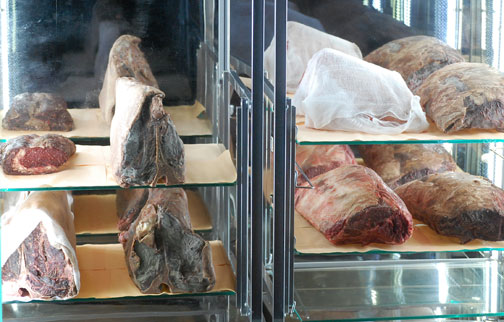 Owner Michael Dabic left Harbour Sixty back in 2012 and never looked back. Bringing in executive chef Derek von Raesfeld (ex-Mistura and Sopra) who brought a wealth of talent to this Entertainment District restaurant, and in a clever move, they stay open until 2 a.m. every night collecting club goers who’s tastes have evolved past poutine. If you’re heading to the ACC on game night, phone ahead for their free shuttle service to the game.

USDA beef comprises their meat menu, here, opt for the tender Filet. Starters like their luxuriously fluffy Aragosta lobster Gnocchi make them one of the only steakhouses that can switch hats to Italian and pull it off.

Skip the fifty dollar hamburger, better off sticking to the house butchered steaks. 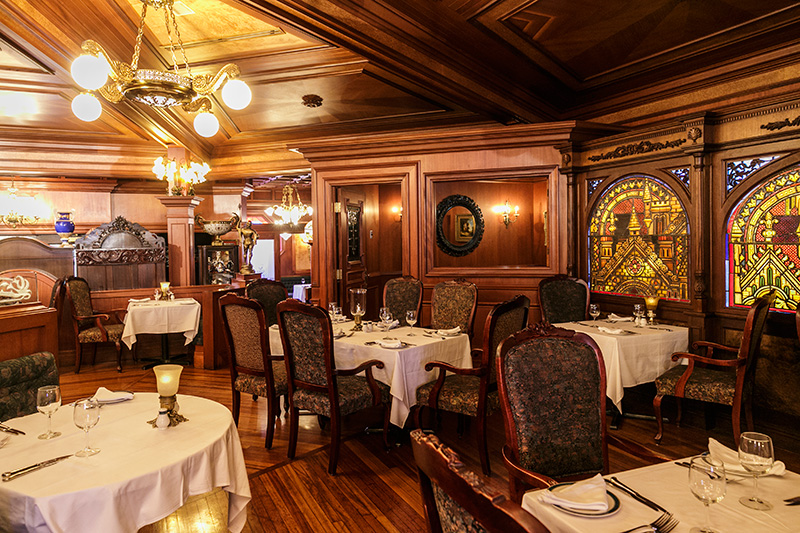 One of the first steakhouses in the GTA, The Octagon has been grinding it out for over 40 years in Thornhill, on Yonge Street by Elgin. Oozing old school charm, this restaurant could be a perfect backdrop for a Goodfella’s sequel. Torched by a fire back in 1992, this geometrically gifted restaurant was rebuilt, and not much has changed since then. Diners are flanked by Tiffany lamps and multiple custom stained glass windows and cherry wood throughout — even on the ceiling.

The Octagon greets each table with their retro pickle tray and buttery garlic bread, but save room for their thick and juicy Filets or spot on Prime Rib. Bucking the add on charge for sides, yours are gratis here — opt for the baked potato or chip style French fries. Tableside Caesar salads are traditional and tasty, almost feels like they invented it here. Forgo the bland escargot starter; instead go for the jumbo shrimp cocktail, which rivals the size of a decent lobster tail. Desserts are ho hum, but their tableside Spanish Coffees are fantastic. Be warned, dress code in effect here, so if you show up in shorts you will be strong armed into borrowing a pair of one-size-fits most pants. 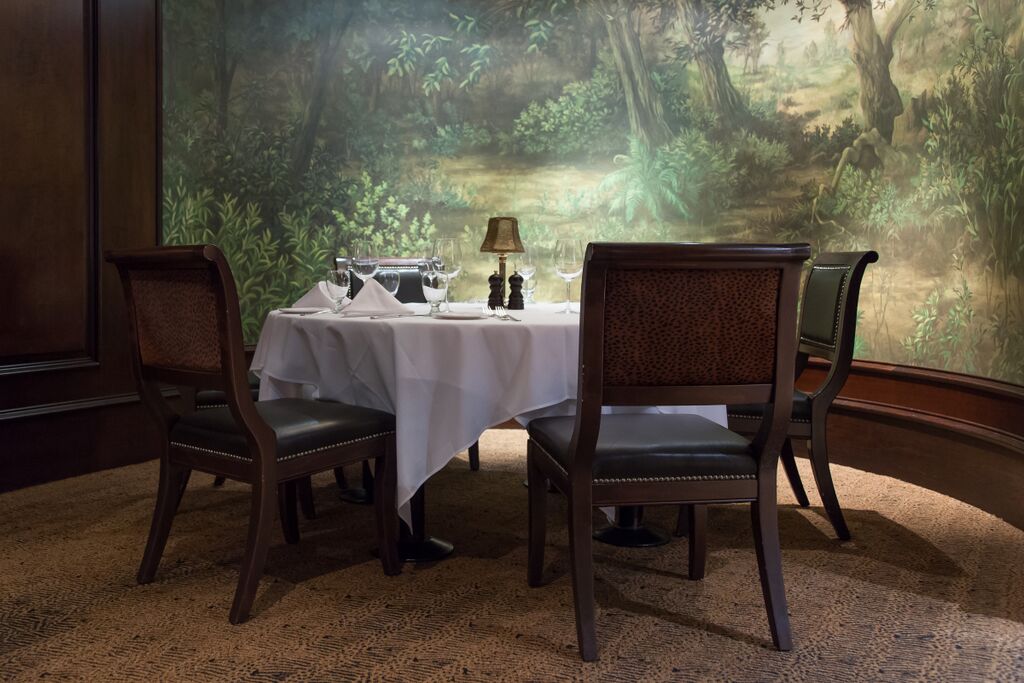 Open on Adelaide since 1999, Hy’s is a family run steakhouse, with locations scattered across Canada. Serving only Canadian beef gives them a distinctly different approach to their meat menu. With Alberta beef being some of the world’s finest; it’s a nice to see this restaurant stick to their roots and honour the Canadian connection.

Before the meal begins it’ll already be ruined, their Cheese Toast is just that addictive. Tableside Caesar salads are tempting, but branch out and try their Spinach Salad instead. Chef Sean Simons (Mortons) just joined a month ago but beloved classics like the 16-oz. Rib Eye remains (thankfully) unchanged. Ditto goes for the Steak Diane, which is dramatically flambéed right before your eyes. Steer clear of the Rack of Lamb, this is cow country. Appetizers are all but mandatory, especially the glorious French Onion Soup or Oysters Rockefeller. 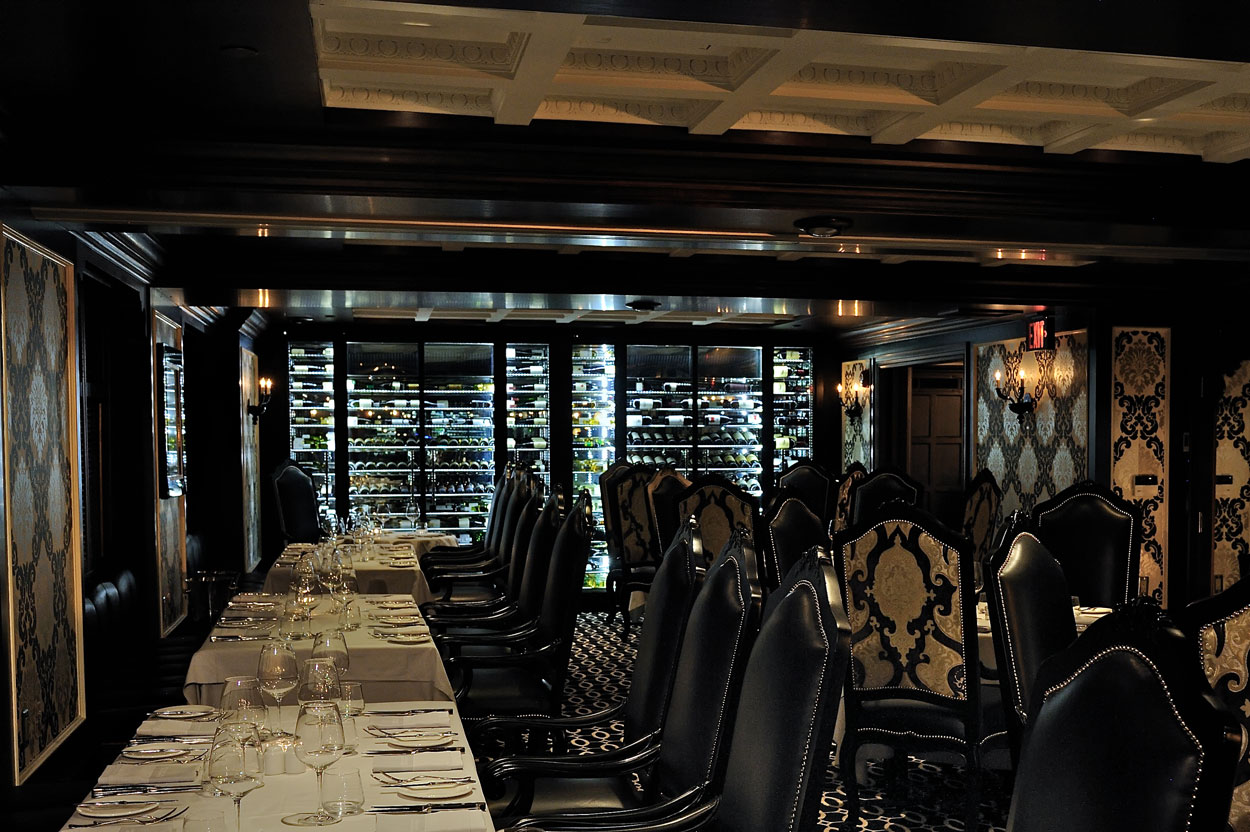 The location can be tricky to get to, so free parking is a good perk. It is worth the effort getting to this celebrated Toronto steakhouse, just south of the Gardiner Expressway.

Open since 2001, this multi-level mansion serves up steak in style, with generous sized sides and starters including a freebie platter of bread, pickled peppers and chunks of feta perfectly designed to spoil your appetite. Cooked by broiler, their steaks offer the usual USDA varieties, but are amped up with gourmet gluttonous options like the Black Truffle Steak and Eggs which brings a 10-oz. tenderloin together with a sunny-side-up egg and shaved black truffles. Sides are extra, but the portions are big enough to share, or simply request a half order, unless it’s the Lobster Mashed Potatoes, in which case you may want to order two. Stick to wines here, the overpriced cocktails aren’t worth the expense. Desserts are the real deal, who can resist a nostalgic Campfire S’mores?

This west end steakhouse has been carving out prime cuts in Etobicoke since 1964. They renovatied a few years ago to ditch the Tudor style façade that was so popular, and instead ushered in a new era with a bright modern facelift.

Steaks here are all Certified Angus, as their name suggests, with popular cuts like the Bacon Wrapped Filet Mignon and 22-oz. T-Bone being standouts. Steaks all come with starchy sides, saving you some pocket change for desserts like their creamy New York Style Cheesecake. Skip the Escargot here and instead try the Bacon Wrapped Scallops, pan seared tableside for a nifty presentation.