The must-see shows playing in Toronto this September | TRNTO.com
Skip to content 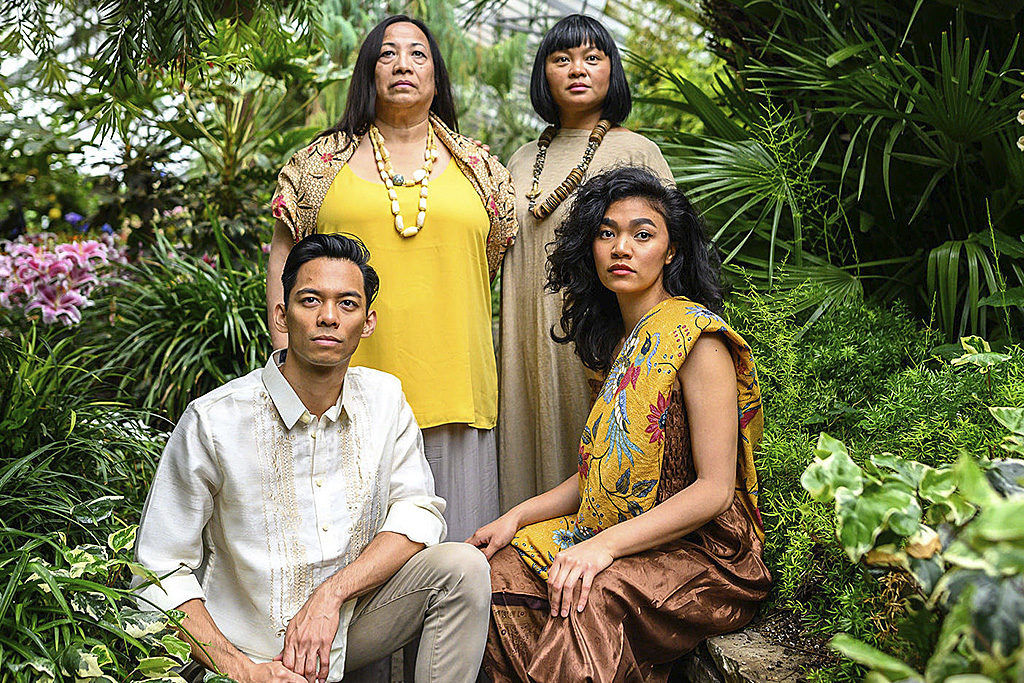 A story of war and its consequences

Hilot Means Healer, which has been in the works for a few years, is the latest from the always edgy and exciting Cahoots Theatre. The production is in association with b current performing arts. The play runs Oct. 5 to 27 at the Theatre Centre’s BMO Incubator and is set in Manila, Philippines, during the Second World War. Drawn from the long tradition of Philippine folklore, legends and Indigenous spirituality, the interdisciplinary work explores the socio-political consequences of war.

A visit from The Band’s Visit

The Band’s Visit took Broadway by storm recently buoyed by a offbeat sensibility around love and relationships and unique musicality, winning a whopping 10 Tony Awards in the process. Oh, and it won a Grammy for Best Musical Theatre Album. “It doesn’t feel like any musical ever,” says New York magazine. The stellar cast for the Toronto production, running Sept. 17 to Oct. 20, is led by award-winning Israeli actor Sasson Gabay, star of the original film and the Broadway production, and hometown sensation Chilina Kennedy, who blew us away with her performance in Beautiful: The Carole King Musical.

The play with an edge

Looking for a theatrical slap in the face? Look no further than the season-opening production from the fine folks at Coal Mine Theatre. Knives in Hens, by British playwright David Harrower, has been described as “a brutal fable of awakening consciousness, a study of sex and knowledge that is stark and fierce.” This production, running Sept. 22 to Oct. 13, happens to star the fantastic Diana Bentley, one of the Coal Mine’s co-founders, and acclaimed actor Jim Mezon. Wow, this will be interesting.

This month, famed Cirque du Soleil remounts one of its most legendary productions in Alegría, running Sept. 12 to Dec. 1. The Montreal company first presented Alegría in 1994, and the stunning show went on to win over more than 14 million spectators in 255 cities in 19 years. Alegría takes its name from the Spanish word for “joy,” and that’s the result when taking in this intoxicating production. Expect everything from synchronized trapeze to contortion to hilarious displays of clowning and wonderful music. New to the magical and moving artistry of Cirque? This is the perfect place to start.

Something fishy at the Factory

The Factory Theatre is mounting a new production of Toronto artistic powerhouse Claudia Dey’s fantastic and fantastical play Trout Stanley, running Oct. 19 to Nov. 10. The tale of two siblings stuck in a northern cabin in the hinterlands of British Columbia is kooky fun and was described as “a deliciously lyrical piece of Canadian Gothic” by the New York Times.

We are big fans of the immersive works of Mitchell Cushman and the Outside the March team, so we were excited to find out they’re mounting a new production of The Flick, the Pulitzer Prize–winning masterpiece by Annie Baker. For the show, running Oct. 6 to Oct. 27, OTM is transforming the Crow’s Theatre into an old-timey movie theatre for audiences to immerse themselves in the story of three ushers navigating life, making $8.25 per hour, as they attend to the last 35 mm film projector in town. This will be good.

Copy That, which gets its world premiere at the Tarragon Theatre and runs Nov. 6 to Dec. 8, is the latest by renowned Canadian playwright Jason Sherman. In the play, Sherman takes us behind the scenes of network television to explore the nature of systematic racism and its impacts. Copy That stars local actor Tony Ofori, who is also a hip-hop musician on the rise in Toronto.