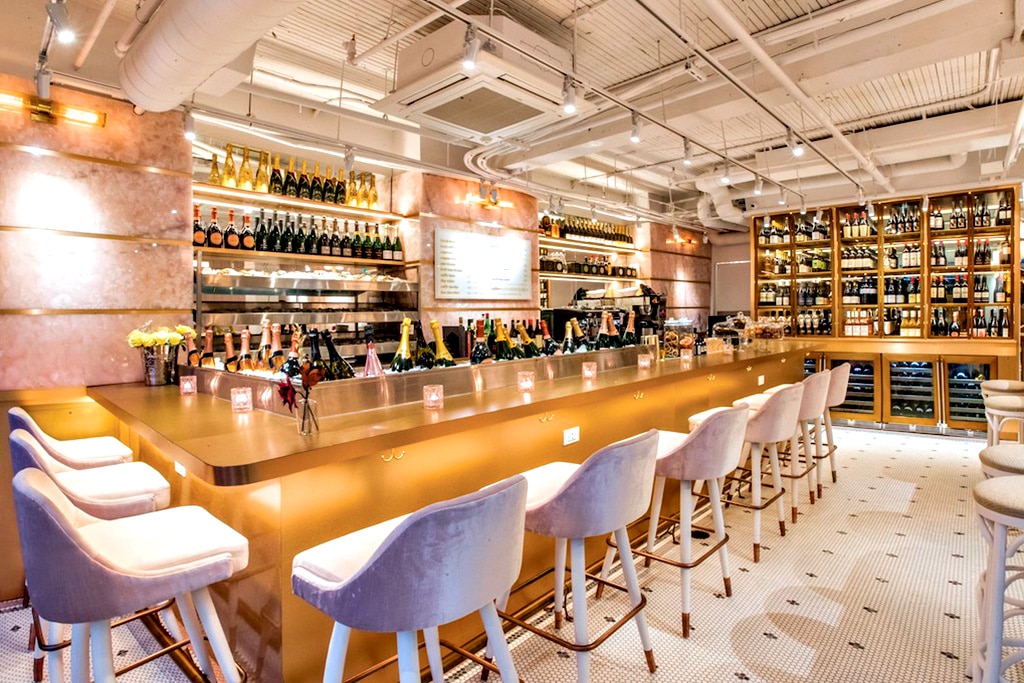 It would be impossible to round up restaurants that serve oysters and champagne without including the King West spot that has the two items in its name. Indulge in the largest selection of sparkling wine in Toronto, served by the glass or bottle. If you’re feeling adventurous, opt for a mystery glass of champagne and put your taste buds to the test guessing what you might be sipping. Their vast oyster selection changes on the daily and includes oyster floats or straight-up oysters served with red wine shallot mignonette. 214 King St. W. 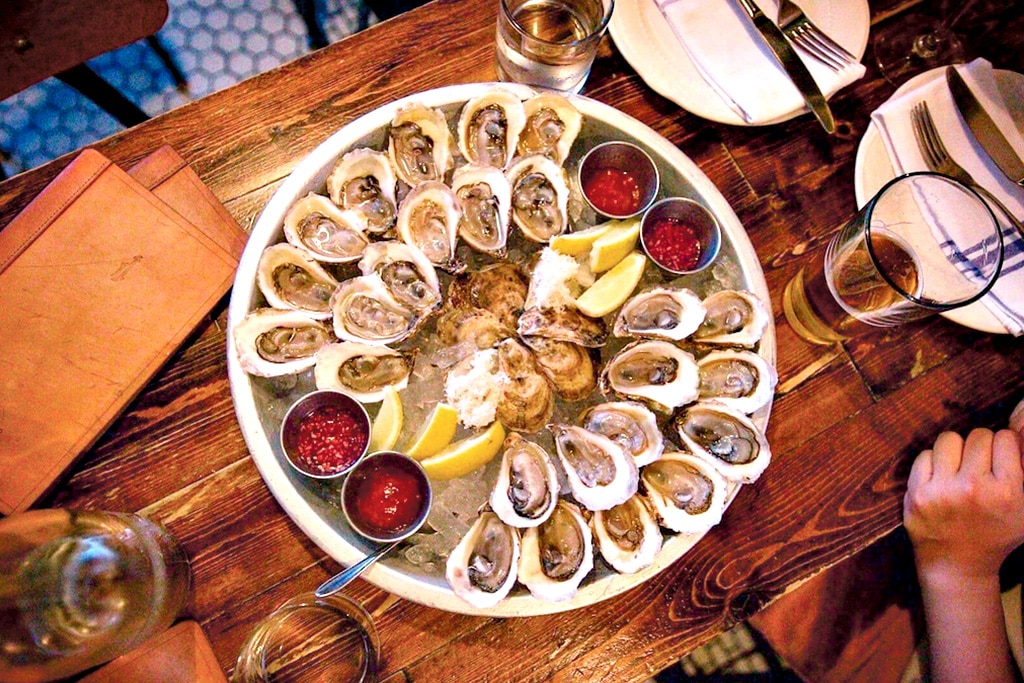 This temporary pop-up comes from the team behind beloved west end French restaurant Chantecler, which was destroyed in a fire last year. While it’s being rebuilt, the aptly named Le Phénix has risen from the ashes. A carefully crafted French menu from chef Peter Robson is on offer in the new space, and includes (you guessed it!) freshly shucked oysters. These plump morsels are served in the traditional way with lemon, mignonette, house-made cocktail sauce and horseradish. The temporary restaurant will stick around until August. 1263 Queen St. W. 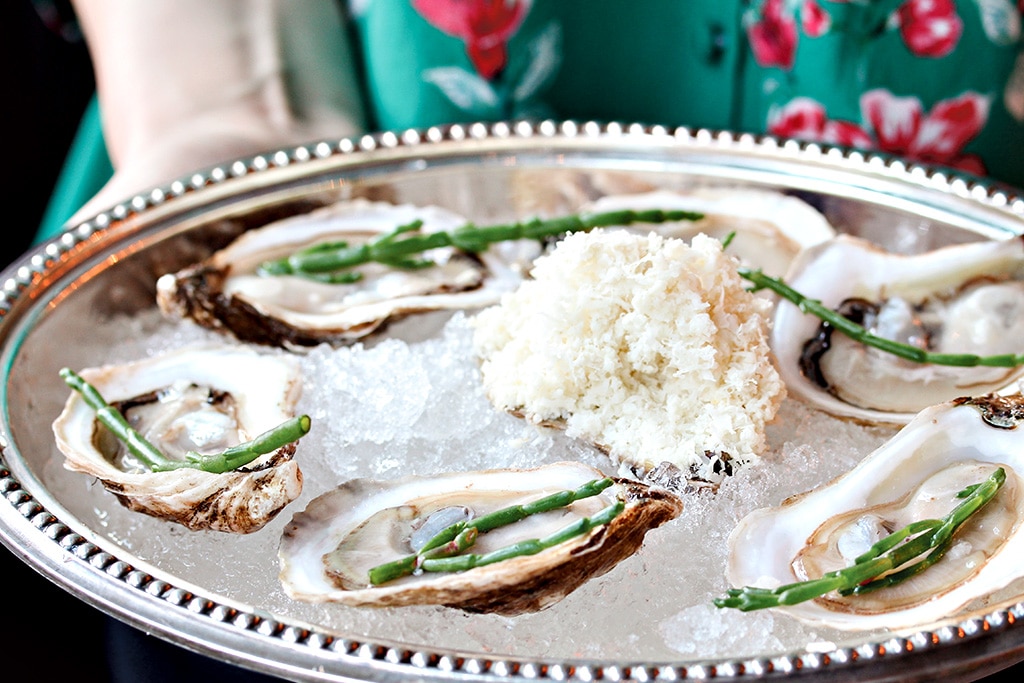 Tucked away in the stately 135-year-old C. H. Gooderham House, Maison Selby is the perfect place for a tête-à-tête over a plate of oysters. Diners can enjoy fresh oysters served up with a subtly sweet pineapple mignonette. You’ll have your pick of a handful of different sparkling wine options to wash them down, including N. V. Taittinger champagne. With its plushly decorated rooms, crackling fireplaces and lovely historic details, it’s hard to imagine a more romantic setting for savouring a Valentine’s Day meal than this inviting French bistro. 592 Sherbourne St. 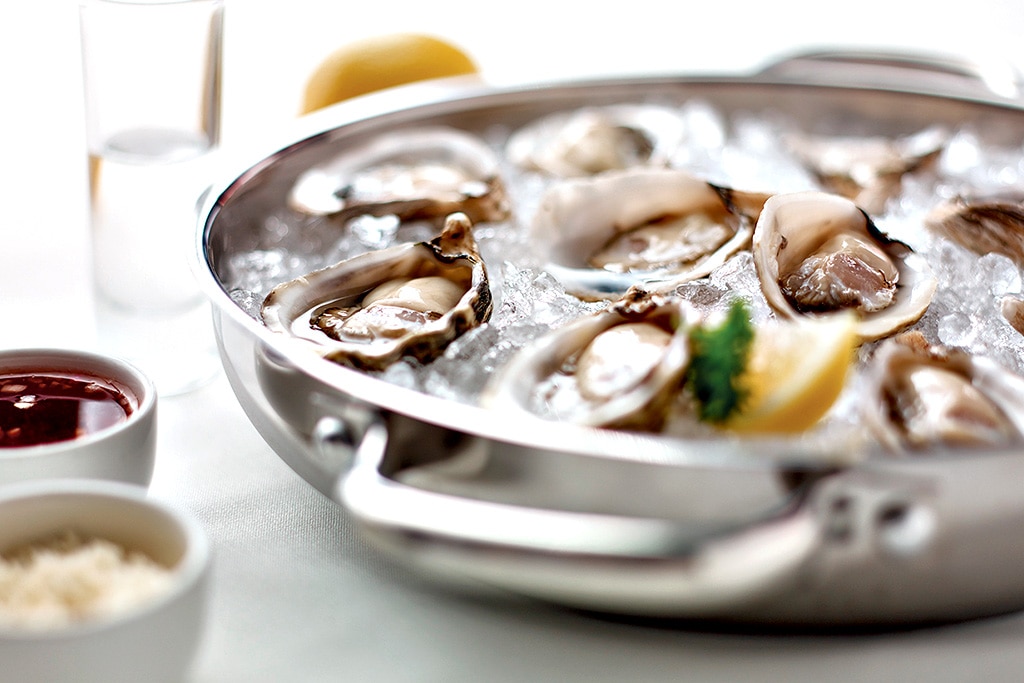 Hy’s Steakhouse’s new home on Bay Street used to be a bank in a previous life and boasts high ceilings and Old World charm. Diners seeking bubbles should head to the second floor dining room, which includes a champagne bar. Oyster lovers can treat themselves to two different dishes: The Oysters Rockefeller sees succulent beach oysters baked on the half shell along with spinach and hollandaise sauce, or opt for the market selection of fresh oysters, and enjoy these from-the-sea gems in their purest form. 365 Bay St.