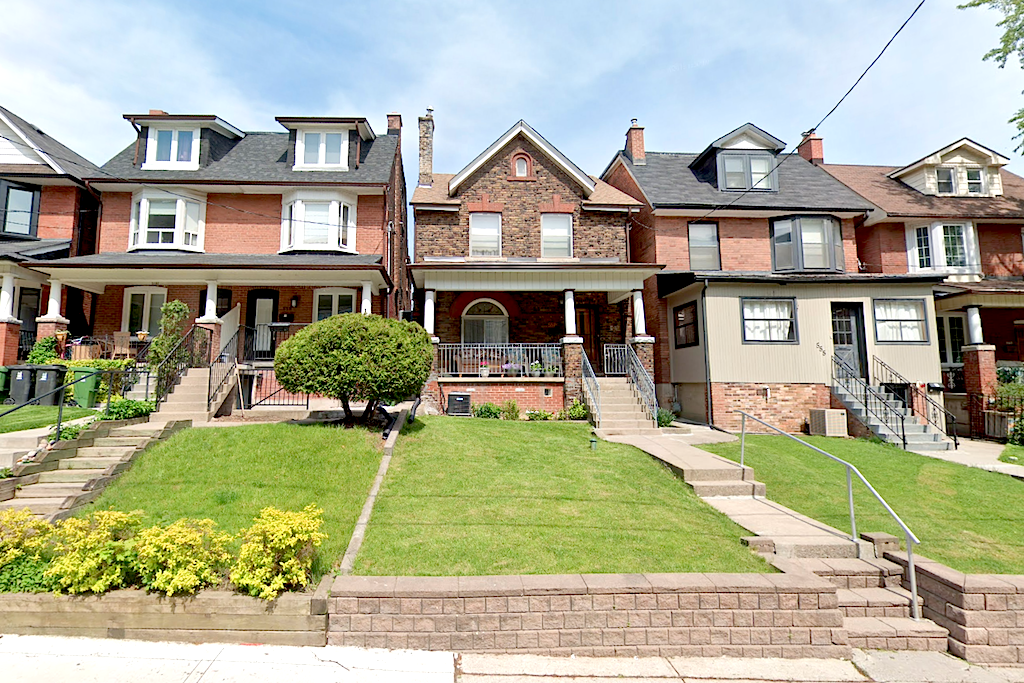 Although one might not have intimate knowledge of the neighbourhood of Bickford Park, most would love to live in this idyllic enclave tucked lovingly between Little Italy and Dufferin Grove, just south of Christie Pits. It gets its name from the large park space around which the neighbourhood is set.

The average price of a home in Bickford Park is well over the million dollar mark. Most homes are compact semi-detached, detached and row houses of varying heights and conditions. The streets are charming, narrow and leafy with plenty of on-street parking and cycling lanes. Currently, there are five homes for sale in the neighbourhood, with four of them between $1 and $2 million.

The area has great community spirit. People are out and about on the regular and a meet and greet with the neighbours is standard. The park offers an oasis smack dab in the middle of central Toronto. When a wild turkey made a home in the area recently, it became the unofficial community mascot. There’s also a big off-leash dog park that is always welcoming, and even a Buddhist meditation centre. Come to Bickford Park and chill.

Local residents can walk south to Little Italy and Little Portugal in minutes or up to Bloor Street, so options abound. But there are also great options right on Harbord Street, which bisects Bickford Park, for instance: Skippa, a charming seasonal Japanese cuisine restaurant, and the romantic Italian bistro Terraza.

The area offers excellent transit options: either a short walk to the Bloor subway line, or hop a bus on Harbord or Ossington. In addition, the area has a ton of cyclists and excellent cycling infrastructure, including permanent bike lanes along Bloor and Harbord. To live in this neighbourhood makes owning a car optional — if not completely unnecessary.