Bike-riding pinkos a thing of the past as cycling goes upmarket in Toronto | TRNTO.com
Skip to content 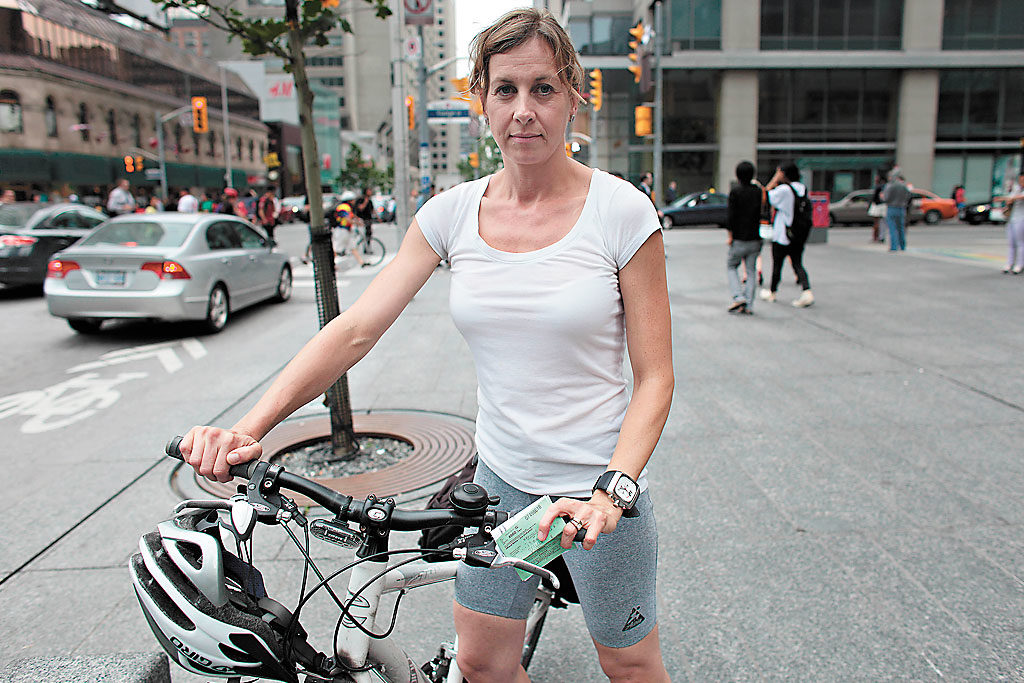 The city seems to be on a mission to establish a complete bicycle network with lanes and infrastructure moving well outside the core area into midtown and beyond. There are even advocacy groups willing to teach the art of commuting by bicycle to local residents. It wasn’t always this way.

In 2003, there was a plan to increase the number of kilometres of on-street bike lanes across the city from 35 to 495. The number was ambitious for many reasons, not least of which was that, at the time, cyclists were considered on the fringe: bohemians riding with flower baskets; bike couriers running afoul of most traffic laws; or the self-righteous activists. The bohemians were quaint, the bike couriers were unnerving and the self-righteous were irritating.

The advocates argued that putting bike lanes on existing routes was a necessary precondition for getting more people out of their cars and any and all routes were candidates. The controversy reached a peak when a study that recommended street beautification on Jarvis suddenly became a rallying cry for bike lanes on the main thoroughfare.

Meanwhile, during this same time, cycling was becoming more mainstream for a growing number of people for different reasons.

The urban form of the downtown core was changing, and cycling became more convenient than driving for those who lived downtown. This was particularly true for millennials who didn’t own, or want to own, cars.

In addition to the millennial preference, cycling was becoming the nouveau sport of senior executives across the city.

The city elites are taking up cycling over golf as a two-hour morning ride is easier to schedule than a five-hour round at the club.

Toronto also runs a rapidly expanding bike-share program, increasing the presence and visibility of cyclists and providing another option for commuting quickly around Toronto.

While city council was busy approving bike lanes and then approving their removal, traffic everywhere got worse, and the TTC became more crowded. Slowly and steadily, cycling became even more and more conventional.

Today, there are 114 kilometers of bike lanes on existing routes, and ridership in the downtown core exceeds 20 per cent. In the Annex, Cabbagetown and Trinity Bellwoods, ridership exceeds 34 per cent — not subject to the seasons.

In Leaside, there are coaches who mentor new cycling commuters. Although numbers are still not that high in the outer suburbs, residents have accepted that bike lanes are part of a city.

The city’s goal is still to build 495 kilometers of bike lanes on existing routes. The new lanes are expected along Eglinton, once the LRT construction is complete, as well as along St. Clair and in Cedarvale.

The goal will be achieved. It is just a matter of time.