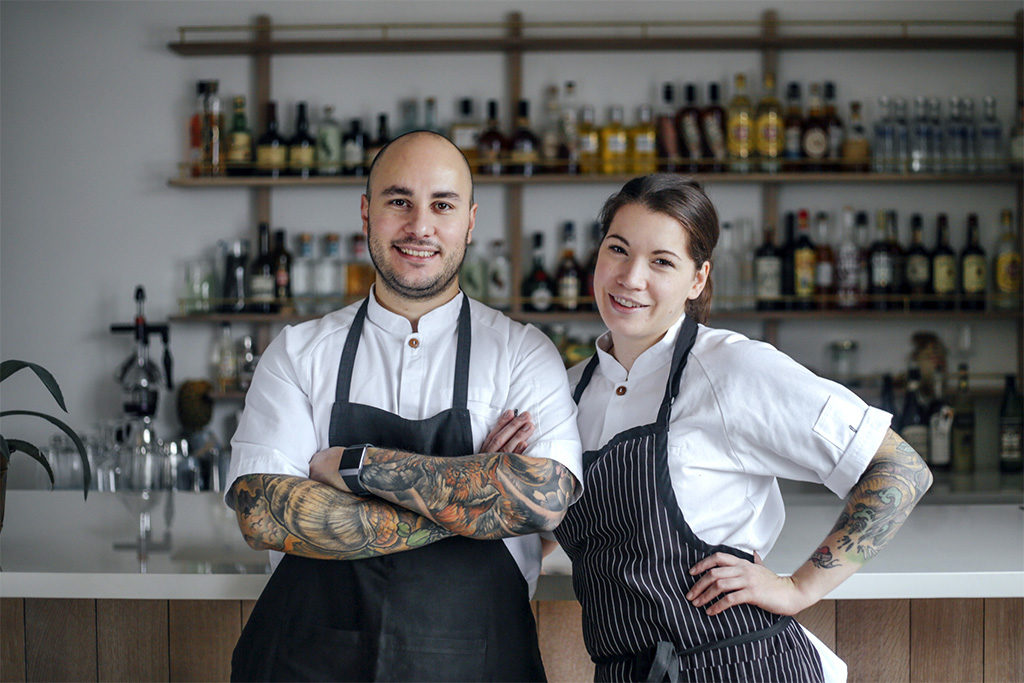 For nearly a month, Canadian star chef (and all-around delight) Matty Matheson has been teasing something food-related and mouth-watering coming to Toronto over social media.

Having finally opened on April 1, we now know that special something is Birria Balam (“balam” meaning jaguar), a pop-up at 147 Spadina Ave. dedicated to what else but birria, a classic meat stew that is specific to Mexico’s Jalisco region.

Matheson’s latest is spearheaded by former Quetzal chefs and couple Julio Guajardo and Kate Chomyshyn. The idea for the spot goes back to a conversation the trio had in 2020 about their love of Mexican food and birria. Its overall concept is inspired by Chomyshyn and Guajardo’s many visits to the latter’s native Mexico, where they also spent time researching cooking traditions.

“In one of their journeys to Baja, they fell in love with the birria tacos made in Tijuana, hoping that one day they would be able to represent that style here,” reads the pop-up’s website.

This new venture comes after the couple parted ways with their Mexican restaurant Quetzal in 2019, just four months after opening, reportedly due to a falling out with restaurateur Grant van Gameren. The pair were also part of the team behind Kensington Market’s El Rey and vegan Mexican space Rosalinda.

For his part, the ever-joyous Matheson has continued to blaze his own trail even during the pandemic, having opened burger joint Matty’s Patty’s on Queen West in December and pop-up Matty’s Meat and Three last summer in Fort Erie.

Matheson, Guajardo and Chomyshyn worked together previously on an early incarnation of Birria Balam, as vendors at 2019’s MattyFest, Matheson’s own food festival. They dubbed themselves simply “Balam” and offered up none other than tacos.

Birria Balam expands on the original menu with two combo options: one with quesa birria and the other with sauve tacos. Each is paired with consomé for a dunk and more than a few spoonfuls, as well as salsa and your choice of drink, all of which will run you about $24 to $28.

Orders can be placed online by booking your preferred pick-up day and time on Friday, Saturday or Sunday. But be warned: combos are limited per time slot and the pop-up sold out in its first week.

With a branded interior and exterior that are just as colourful as its menu and Matheson himself, you won’t be able to miss Birria Balam and its signature jaguars stamped just about everywhere.