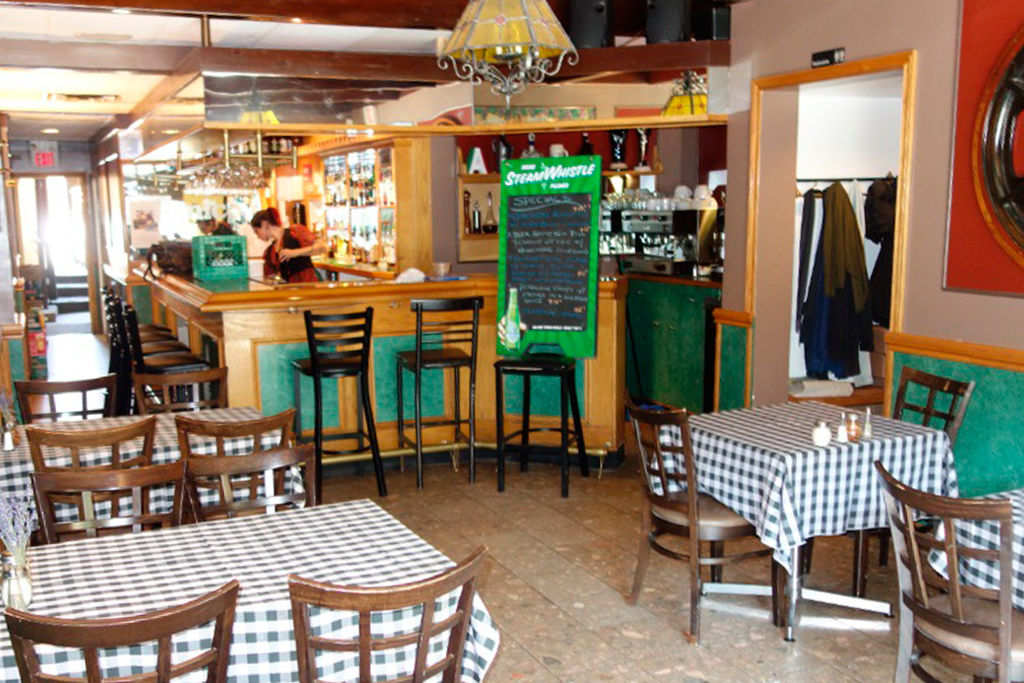 A former chef at Amico’s Pizza in Parkdale is taking legal action against the pizzeria after he says he was let go for speaking up about a racist incident.

On June 7, Tyler Daniel says he was working a shift at Amico’s when the owner, Frank Horgan, hosted a friend at the restaurant that day. While watching footage of Black Lives Matter protests on the TV, Horgan’s friend allegedly used the N-word.

#silenceisviolence #blm #equality @amicospizzato ! You’re done! No more I didn’t say it or I didn’t hear it directly! Stand with us I get trampled by progress!

Daniel, who is himself Black, asked his employer to apologize.

“As a Black man, I was deeply offended. My brother was attending protests in California at the time. Most of the restaurant guests appeared offended as well.”

Horgan’s wife apparently apologized, but then asked Daniel to prepare their friend an “extra special” pizza because he was a longtime friend. After his shift, Daniel says he asked the owner why he had not come speak to him about the incident.

“You responded by saying I was ‘being aggressive’ and handed me the shift wages in cash,” Daniel noted in his Instagram post. “You told me you will no longer be needing me for work for the next day.”

Daniel returned on June 10 to inquire about his job when the employer allegedly told him he wasn’t comfortable with him working there anymore.

“I also want to point out that you are condoning racism and your silence is violence,” Daniel ended the Instagram post.

Since news of the incident went viral, it appears Amico’s has taken down their website, and the owner responded in an Instagram post (which has since been removed, but due to the magic of the Internet, screenshots were taken and now appear on the website, Parkdale.to).

“I acknowledge that I did not respond to the events described as quickly or thoroughly as I should have, given the appalling racist situation.  I do not and have never tolerated racist behaviour and I sincerely apologize [for] the hurt I have caused Tyler and our community due to my inaction.

“Amicos will continue to serve and support our diverse and inclusive community,” the statement continues. “We acknowledge the harm that this incident has caused to our neighbours; and will ensure that no further incidents of racist behaviour occur in our establishment.”

The community has been overwhelmingly supportive of Daniel, with thousands speaking out against racism on social media, stating that they will no longer eat at or support the pizzeria.

“I normally wouldn’t shame a local business on social media especially during this time. I believe we need to support our small local businesses with our patronage as much as we can but the behaviour of @amicospizzato is inexcusable,” one Instagram user commented. “Their apology is weak and probably only for optics but their behaviour in the first place is the real problem. I think we need to ask businesses to stand up and support their staff. Do not be a bystander! Take action whenever you can. Call it out when you have to. Tyler we stand with you. THE TIME IS NOW! Boycott Amico’s Pizzato!! ”

EXCLUSIVE: Appalling allegations of anti-Black racism at a pizza shop in Toronto. A Black employee was fired after speaking out when the owner’s friend used the N-word to describe BLM protesters. A warning: the language in this clip may be disturbing. Full story at 6 @CityNews pic.twitter.com/CNbHl04cbn

Daniel is being represented by human rights lawyer David Shiller. When he was asked what he is seeking, Daniel responded: “When it really comes down to it, I want to make sure that this doesn’t happen to anyone else. This stops now.”

“He has had multiple opportunities to right this wrong,” he said. “I reached out to him and asked him for an apology.”

In a press release, Daniel said all he really wanted was his job back, but the issue has become larger than just Daniel.

“This is bigger than all that, now,” he said. “If he can’t make this right, I have no choice but to do so. This can’t be allowed to happen, particularly now.”